Gerardus Mercator was a famous Flemish cartographer during the Renaissance period who first coined the term ‘atlas’ for the maps he created. He collected reports from travelers to distant parts of the world and pieced together the information to create the maps. As he was a good cartographer he was able to depict the correct topography of area for which he created the map. The maps were very accurate at the center but were often distorted at the edges. This was probably due to the fact that he used the longitudes and latitudes as straight lines running parallel to each other from the top to the bottom and from side to side. He was the first person to use the term ‘North America’ in his maps and showed the ‘New World’ on his maps as stretching from the North to the Southern hemispheres. His maps became the sole guide for people venturing into the unknown over the land and the sea. He lived during the time of ‘reformations’ in Europe and was suspected to be a Lutheran and imprisoned for seven months. He started making maps when the world was opening up to the Europeans voyagers and travelers rapidly. Belgian People
Belgian Intellectuals & Academics
Pisces Men
Childhood & Early Life
Gerardus Mercator was born on March 5, 1512, in a St. Johann hospice in Rupelmonde, Glanders, in the Burgundian Netherlands, now in Belgium.
His father was a cobbler named Hubert Kremer and his mother was Emerentia. He was the seventh child of his parents.
His parents returned to Gangelt after Gerardus was born but had to come back to Rupelmonde in 1518 due to plagues, famines and lawlessness.
Gerardus joined a public school in Rupelmonde and studied arithmetic, Christian theology and Latin.
His uncle Gisbert, who became his guardian after his father died in 1526, sent Gerardus to study in Netherlands in 1527 at the ‘s-Hertogenbosch’ monastic school run by the ‘Brethren of the Common Life’.
While he was there he changed his name from ‘Kremer’ to ‘Mercator’ which meant merchant in Latin. He took on the full name of Gerardus Mercator de Rupelmonde around this time.
He matriculated from the ‘University of Louvain’ on August 29, 1530 with philosophy and humanities.
He studied for a two-year degree course at this university on Arts subjects that were based entirely on the teachings of Aristotle.
In 1532, he graduated with a master’s degree but did not study further as he felt an urge to challenge the views of Aristotle and the Catholic Church about Earth’s creation.
He left the university because he did not want to become a philosopher unable to reconcile the teachings of Aristotle to the teachings of the Bible about the origin of the Earth.
During this period he travelled to Antwerp and Mechelen and became highly interested in geography which could explain the structure of the Earth.
He returned to the Louvain in 1534 to study mathematics under Gemma Frisius but found it difficult to continue as he had no mathematical background.
On Gemma Frisius’ suggestion he started to study mathematics which related to cosmography and soon began enjoying mathematics and started applying it to astronomy and geography.
He learnt engraving and instrument making from Gaspar Van der Heyden during this period.
Continue Reading Below
You May Like

The Best Black Actresses Of All Time
Career
Gerardus Mercator started teaching mathematics to students at Louvain while he was still learning the subject. He also started making high quality mathematical instruments and sold them to others with the permission of the university to earn some money.
He constructed the first terrestrial globe in 1535 with the help of Gemma Frisius and Van der Heyden. For the first time copper blocks were used instead of wooden blocks to print the paper for the globe. Gemma Frisius looked after the geographical details while Van de Heyden did the engraving.
In 1537, Gerardus made a globe of the stars again with the help of Gemma Frisius and Van der Heyden. This time Gerardus played a bigger role in its creation.
Gerard Mercator created his first world map in 1538.
He made a map of Flanders in 1540 for political purposes with the help of a survey and the triangulation process suggested by Gemma Frisius.
He produced a map of Europe in the summer of 1540 which had a lot of inconsistencies due to the wrong information given by sailors.
He corrected the problems with the ‘loxodrome’ also known as the ‘rhumb line’ or ‘sperical helix line’ and created a new globe in 1541.
In February 1544 he was suspected as a Lutheran because of his Protestant beliefs and imprisoned for seven months in the Rupelmonde castle. He was released in September 1544 with the help of the ‘Louvain University’.
He completed the celestial globe in 1551 in line with his earlier terrestrial globe. He corrected the positions of the stars with the help of Copernicus’ model of the universe.
Continue Reading Below
He moved to Duisburg in 1552 and opened a cartographic workshop in anticipation of the requirement for maps.
He brought out a 1.6 meters long and 1.3 meters wide map of Europe in 1554.
Mercator taught mathematics from 1559 to 1562 to students wanting to enter the proposed university at Duisburg but gave it up when the plan for the university was scrapped in 1562.
He created the maps of Lorraine and the British Isles in 1564 of which the latter was used for political purposes against Protestant Queen Elizabeth.
He was appointed as the ‘Court Cosmographer’ to Duke Wilhelm of Cleve in 1564.
In 1569 he created the famous ‘Mercator projection’ which was a world map on 18 separate sheets and named it ‘atlas’. The maps had parallel lines running from top to bottom and from side to side representing the longitudes and the latitudes. This caused the map to be fairly accurate at the center but produced distorted shapes of land masses at the sides.
In 1578 he published the corrected and updated maps created by Ptolemy.
In 1585 he tried to include Germany, France and the Netherlands in his map but could not complete his project. His maps in 1589 included the Balkans or Sclavonia and Greece.
After having a stroke in 1590 he was unable to complete any of his projects. By 1592 he had lost his sight and after the second stroke in 1593 he was totally paralyzed. His incomplete works were published by his son in 1595.
Personal Life & Legacy
Gerardus Mercator married Barbara Sckellen in 1536. They had three sons, Arnold, Bartholemew and Rumold, and three daughters, Dorothes, Catharina and Emerentia from the marriage.
Thereafter he married Gertrude Vierlings, the wealthy widow of the mayor of Duisburg in 1589.
He died of a third stroke and cerebral hemorrhage on December 2, 1594, in Duisburg, the duchy of Cleves which is now located in Germany.
Statues of Gerardus Mercator can be found in several cities across the world and there are many buildings, universities, streets, ships and even an asteroid named after him.
You May Like

See the events in life of Gerardus Mercator in Chronological Order 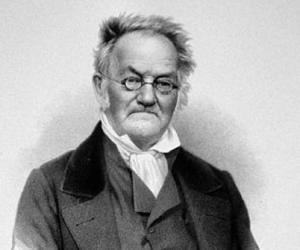