George Minot was an American physician best known for winning a Nobel Prize for his work on pernicious anemia. Born into a family of physicians, George was born a weak baby and suffered from frequent fevers as a child. Following his high school graduation, he enrolled at Harvard Medical School and earned an M.D. degree. George was best known for his work on blood disorders, such as anemia, and leukemia among others. He and two of his colleagues worked for years on pernicious anemia, which was considered a fatal disease at that time. George and his fellow doctors came up with a method to treat the ailment through the liver. For this achievement, they were awarded the 1934 Nobel Prize for Medicine and Physiology. George further published many medical papers and also worked as the editor of multiple medical journals. In addition, he also served as a professor of medicine at the Harvard Medical School. George suffered from diabetes, which was a dangerous disease in the first half of the 20th century. He passed away from complications from diabetes at the age of 64. Jose Rizal
DID WE MISS SOMEONE?
CLICK HERE AND TELL US
WE'LL MAKE SURE
THEY'RE HERE A.S.A.P
Quick Facts 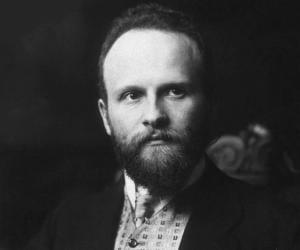 George Minot was born George Richards Minot on December 2, 1885, in Boston, Massachusetts, USA. His parents were Elizabeth Whitney and James Jackson Minot. His family had a long history in the field of medicine, with his father being a physician himself and his grandfather known as a co-founder of Massachusetts General Hospital.

His health was not very good for the first few years of his life. He was a fragile young kid who fell sick very often and had frequent fevers. He somehow managed to overcome his health troubles as he grew up. In the winters, the family moved to a  much warmer place in Southern California due to George’s health issues. However, the nature there was gorgeous and thus, George became interested in the workings of nature early on in his life.

Due to his family’s history in medicine, George was always interested in the field. However, his main field of interest was natural sciences in the beginning since he felt a close connection with nature. He also wrote two articles on butterflies when he was in school. However, his interests shifted to medicine later on.

After that, he moved to Europe for a year despite his anxiety about the tiresome profession of a doctor. He later earned an M.D. from Harvard Medical School, one of the best colleges for budding doctors in the country.

While pursuing his M.D. from Harvard, George also worked in an outpatient clinic which was run by the faculty of Harvard Medical School for the locales and had begun his research on anemia by then. It was during his final year at the college that he first developed a serious interest in hematology. He thus enrolled in an elective course in clinical pathology given by an esteemed hematologist Dr J. Homer Wright. George’s interest in hematology and the disorders of blood spiked and he wrote many articles about the same.

In the mid-1910s, he worked at the John Hopkins School of Medicine in doctor William Howell’s lab. There he conducted research on proteins such as antithrombin, which were blood thinning proteins. However, his main interest of him remained anemia. In 1915, John was hired at the Massachusetts General Hospital as a junior staff member.

He was also called for his services during the First World War. He served as a surgeon in the US Army.

He also researched why people working at munitions plants were getting ill. He discovered that the skin contact made with TNT was harmful to the body and it was the main reason for widespread sickness among the army men.

In 1917, he moved to Boston and began working at the Collis P. Huntington Memorial Hospital and continued his research on blood clotting, other blood disorders and anemia. Over the years, he published several papers and articles on the same. In his papers, he talked about cancers, arthritis, and dietary deficiencies that play a role in blood-related conditions. In addition, industrial poisoning as a cause of blood disorder also remained one of his favorite subjects.

His work led him to quickly become the chief medical officer at the hospital in 1923. A decade later, he was promoted to the position of a physician in chief. He was also invited to Harvard Medical School to become a part of the faculty, which he accepted. Later, he also worked at the Boston City Hospital as the director of Thorndik Memorial Laboratory.

For many years of his career, he focused his research on leukemia, lymphatic tissues and polycythemia, which were common blood disorders. His work towards these was also highly revered in the medical community. But his real claim to fame was his work on anemia.

He first became interested in the pernicious anemia in 1914. He worked with William P. Murphy for about a decade before he came up with the way to treat the disease through the liver. He was inspired by George Whipple’s work on anemia in dogs. Hence, in 1926, when George finally came up with the method to treat the disease, it was one of the most important bookmarks in history in regards to the disease which was very common.

In 1934, George shared the Nobel Prize in Medicine or Physiology with Whipple and Murphy. He further worked on this therapy and exhibited how certain sections of the liver can be instrumental in treating the disease. During this research, he also contributed to further knowledge about several gastrointestinal functions and the necessity for iron therapy to treat anemia.

Over the years of constant research, George also devised that young red blood cells also had a role to play in pernicious anemia and other blood disorders. He was the first person to figure out that malfunction of the bone marrow system, where the red blood cells were formed, was one of the main causes of anemia. In turn, dietary habits were largely responsible for the malfunction of bone marrow.

His finds brought hope to millions of people suffering from the disease. Pernicious anemia was considered a death sentence, a terminal disease with no cure. Currently, there is an effective treatment for the disease, the credit for which goes to George and his team of doctors.

As his reputation soared, George became associated with numerous medical organizations in the US and abroad. He also served as the editor of many medical publications. He also published a book in 1939, titled Anemia in Practice.

Other than the highly coveted Nobel Prize, he won more awards and honours during his lifetime.

He was severely affected with diabetes towards the end of his life. In 1947, he had a serious stroke and he passed away on February 25, 1950.  He was 64 years old at the time of his demise.

See the events in life of George Minot in Chronological Order 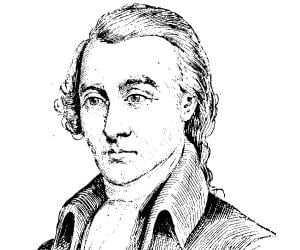 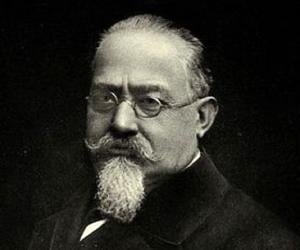