Advanced Search
Gavin Butler is best known to his fans as Sontard, the oldest child of Shaytard and Mommytard. His nickname comes from his family's famed YouTube vlogging channel Shaytards, which focuses on the daily lives of the family of Shay Carl Butler. Gavin appears on the channel regularly. The channel is so popular that the family is often referred to as "YouTube's first family". In 2009, the "Shaytards" channel won "Best YouTube Channel or Personality" at Mashable's 3rd annual Open Web Awards. In 2013, it was also nominated for the "Best Non-Fiction or Reality Series" category of the 3rd Streamy Awards. Gavin has sometimes taken up the camera to fill in his father's shoes, the first time being at the age of six. With his father, Gavin co-wrote the book ‘Fat Dad, Fat Kid: One Father and Son’s Journey to Take Power Away From the ‘F-Word’. It records their 30 days challenge to eat clean food and do exercise for at least 30 minutes a day. The book is about a father and son's journey to lose weight and embrace a healthy lifestyle in general. The book has received favorable reviews from the readers, having 4.3 rating on goodreads.com with over five hundred votes. 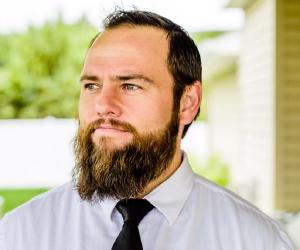 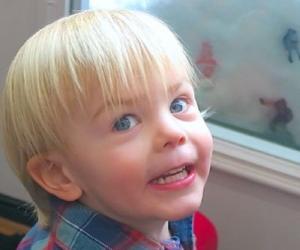 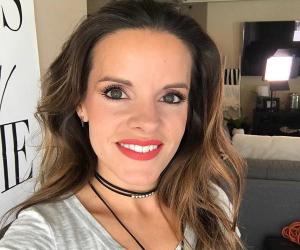 American People
Idaho YouTubers
Male Youtubers
American Vloggers
American YouTubers
The Meteoric Rise To Stardom
In 2008, the Shaytards channel was initially created by famous YouTube personality Shay Carl to record on a daily basis his attempts to reduce weight. It soon became a vlogging channel for the whole family. Gavin started to appear on the channel within a few months. In 2010, after his brother Rocktard was born, Shay Carl gave Gavin the camera one day to record his activities as he was too tired to record a video for the channel due to lack of sleep. Gavin recorded over an hour of his daily activities, much of which turned out to be him dancing on the camera. His father edited the video and uploaded Sontard's first vlog on the net. Gavin soon became popular with the fans of the channel. On March 19, 2015, his father uploaded a video of him singing a cover version of the Ed Sheeran song, "Thinking Out Loud". The video has been viewed over 3 million times so far and the viewers appreciated his singing talents very much. After his book with his father, Fat Dad, Fat Kid: One Father and Son’s Journey to Take Power Away From the ‘F-Word’, was released in late 2015, he became even more popular.
Recommended Lists:

Sagittarius Youtubers
Sagittarius Men
Continue Reading Below
What Makes Gavin Butler So Special
Gavin is admired by his fans for his genuine kindness. He is often seen helping out the people around him. He is a good brother to his four younger siblings. Gavin has been affected the most by his father's lifestyle, picking up many of his unhealthy habits and gaining too much weight. However, he joined his father in a 30 days weight loss challenge to switch to a healthier lifestyle. He regularly exercises and takes part in a number of different sports, ranging from soccer to martial arts. Following in his father's footsteps, he also joined the Scouts. He has been known for his love of dancing and often shows his moves on the camera.
Beyond Fame
Gavin Butler's mother is of the opinion that he is very intuitive to the feelings of others. He is very mature for his age. It shows in his thoughts and actions. In their book, ‘Fat Dad, Fat Kid’, once his father asked him what the word 'fat' means to him. He admits that he thinks it is mean to call someone fat, but he adds that when someone calls him fat, it encourages him to lose weight and come to the school next year in a better shape. He also said that the word 'fat' doesn't offend him anymore as being fat makes him big and tough. He often helps others and stands up to bullies to defend other kids at school.
Behind The Curtains
Gavin Butler is the oldest child of Shay Carl Butler and Colette Butler. Gavin was born on December 3, 2003, in Idaho, United States. The family briefly lived in Los Angles, California, and then moved back to Idaho after Gavin's younger brother Brock was born. Part of a big family, Gavin has four younger siblings. Keeping in consistence with their YouTube channel, all the kids are nicknamed "tards". Even though it was originally a ploy to hide the kids' real names, their names have slipped out every now and then in the live videos. Gavin's two younger sisters are Avia (Princesstard, aged 11) and Emmi (Babytard, 9) while his two younger brothers are named Brock (Rocktard, 6) and Daxton (Brotard, 3). The family has a pet dog named Malachi.
Trivia
Shay Carl Butler came up with the suffix "tard" because of his obsession with unitards.