(Rapper Known for His Mixtapes ‘Welcome to Fazoland,’, ’Pistol P Project’ and ‘Ballin Like I'm Kobe’)

G Herbo is an American rapper and songwriter who gained critical acclaim with his debut mixtape Welcome to Fazoland. Since then, he has released a few other mixtapes including Pistol P Project, Ballin Like I'm Kobe and Strictly 4 My Fans which have also been well received. He has also released two EPs titled Welcome to Fazoland 1.5 and Strictly 4 My Fans 2 - Road To Humble Beast. Interested in music from a young age, he teamed up with his cousin Lil Bibby to record songs which they later uploaded on YouTube. Some of these songs went viral and brought the young rappers to the attention of popular Canadian rapper Drake who appreciated the duo. Getting a compliment from Drake helped the youngsters garner a small but loyal fan base. After releasing several singles, G Herbo put out a few mixtapes which were moderate hits. Following the success of his mixtapes, he proceeded to release his debut studio album titled Humble Beast on September 22, 2017. G Herbo, initially known as Lil Herb, first gained attention with the track Kill Shit that he recorded alongside his cousin, rapper Lil Bibby. He then released his first mixtape titled Welcome to Fazoland on February 17, 2014. It was well received by the audience. In April, he collaborated with Nicki Minaj for the song Chiraq. Soon after this he contributed to Common's track The Neighborhood for the latter’s album Smiling.

On December 26, 2014, the American singer released his second mixtape titled Pistol P Project. The following year, he featured as a guest on Chief Keef's track Faneto (Remix). In June 2015, after being omitted from the 2015 XXL Freshman Cover, he released the single XXL. In September 2015, the rapper released his third mixtape titled Ballin Like I'm Kobe.

On November 11, 2015, Herbo released a collaborative single called Lord Knows with rapper Joey Bada$$. In 2016, he released four singles titled Pull Up, Drop, Yeah I Know and Ain't Nothing to Me. That year, Herbo also put out his fourth mixtape titled Strictly 4 My Fans. All of his mixtapes were moderate hits.

Taking forward his career, he came up with his first EP titled Welcome To Fazoland 1.5 (2017) that featured unreleased songs from the mixtape Welcome To Fazoland. The same year, the American artiste came up with his debut studio album Humble Beast. The album’s lead track Red Snow was released in March 2017. The second song titled I Like was released in August 2017. On September 1, 2017, 4 Minutes of Hell, Pt. 5 was released as the album’s pre-order single.

In February 2018, G Herbo and a couple of his friends were charged with aggravated unlawful use of a weapon after they were caught with a loaded handgun while travelling in a car.
Recommended Lists:

G Herbo was born as Herbert Wright III on October 8, 1995, in Chicago, Illinois, USA. He attended Hyde Park Academy High School. Talking about his love life, the singer was in a relationship with Ariana Fletcher with whom he has a son named Yosohn. He is in a relationship with Taina Williams and they welcomed their first child in May 2021. In December 2021, they announced that they are expecting a baby girl. In July 2022, their daughter Emmy was born. 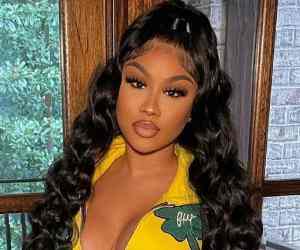