Frederick Jones was a British theater, TV, and movie actor. Born and raised in Staffordshire, England, he initially worked in a ceramic research laboratory before obtaining a scholarship to the ‘Rose Bruford Training College of Speech and Drama.’ Though he entered the acting profession a little late, he soon established himself as an actor of great caliber. He appeared in hundreds of movies and TV series, and made his mark as a character actor. His memorable movie appearances include films ‘The Elephant Man,’ ‘Firefox,’ and ‘And the Ship Sails on.’ He appeared on several TV series, but he is best remembered for his work on the TV series ‘Emmerdale.’ His performance in the role of ‘Sir’ in Ronald Harwood’s play ‘The Dresser’ is considered as his best stage appearance. He founded the ‘New Victoria Theater’ in Newcastle-under-Lyme, near his birthplace. He was a powerful actor, yet a very mild and unambitious human. He was married to Jennifer Heslewood and the couple had 3 sons. Jones died at 91, after a brief illness. 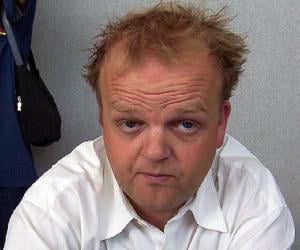 British Celebrities
Tall Celebrities
Tall Male Celebrities
Virgo Actors
British Actors
Childhood & Early Life
Freddie Jones was born Frederick Charles Jones on September 12, 1927, in Longton, Stoke-on-Trent, (Staffordshire), England, to Ida Elizabeth (née Goodwin), a clerk and a pianist, and Charles Edward Jones, an electrical porcelain thrower. He had a brother.
Jones studied at the grammar school in Longton, and as a Boy Scout fellow, he performed in a show at the ‘Theater Royal’ in Hanley. Later, he joined ‘Creda’ in Blythe Bridge for a brief period and then worked for 10 years as a laboratory assistant at the ‘British Ceramic Research Association,’ Penkhull. During that period, he also acted in the local amateur theater.
Jones joined local theater groups and Repertory Theater in Shelton, and subsequently received a scholarship to the ‘Rose Bruford Training College of Speech and Drama.’ He was also a part of Lincoln repertory.
Continue Reading Below
You May Like

The Hottest Male Celebrities With The Best Abs
Career
Jones commenced his acting career after the age of 30, with the TV miniseries ‘Androcles and the Lion’ (1960). He made his London theater debut in ‘Royal Shakespeare Company’s’ 1962 production of ‘Afore Night Come.’
In 1963, he appeared as ‘Stanley’ in Harold Pinter’s revival of ‘The Birthday Party,’ and in 1964, he performed in Maxim Gorky’s ‘Lower depths.’ He also appeared in Samuel Beckett’s ‘Act without Words,’ and played ‘Pistol’ in ‘The Merry Wives of Windsor.’
In 1964, he portrayed the character of ‘Cucurucu’ in Peter Brook’s critically acclaimed production of ‘Marat/Sade’; Jones made his feature film debut with the 1967 film adaptation of the same play. His first movie, ‘Marat/Sade,’ was followed by Joseph Losey’s 1967 film ‘Accident,’ and then John Schlesinger’s ‘Far From Madding Crowd’ (1967). His performance as ‘Monster’ in the movie ‘Frankenstein Must be Destroyed’ (1969) was held as one of his most sensitive and poignant film performances.
His initial TV appearances included single episodes on series ‘Z-Cars,’ ‘The Saint,’ and ‘The Avengers.’ In 1968, Jones earned accolades for his portrayal of ‘Claudius’ on the 6-part TV miniseries ‘The Caesars.’ This performance earned him ‘The World’s Best TV Actor of the Year’ award at the ‘Monte-Carlo TV Festival,’ in 1969.
Jones appeared on 2 ITV cult classic series - ‘My Partner, the Ghost’ (1969) and its BBC remake, ‘Randall & Hopkirk (Deceased)’ (2000).
Thereafter he appeared as a Victorian general, ‘Sir George Uproar,’ on the children’s program ‘The Ghosts of Motley Hall’ (1976); as ‘Dai’ in ‘The Children of the Stones’ (1977), and as the ‘Head teacher’ in ‘Pennies from Heaven’ (1978).
Jones portrayed ‘Humpty Dumpty’ in the TV film ‘Alice Through Looking Glass’ (1973). On the BBC3-part series, ‘Cold Comfort Farm,’ (1968) he appeared as ‘Urk,’ and portrayed ‘Adam Lambsbreath’ in its TV movie, in 1995.
He played ‘Vincent Crummles’ on ‘Nicholas Nickleby’ (1977) and ‘Squire Cass’ in the TV film ‘Silas Marner’ (1985). He appeared as ‘Old Squire’ on the 1992 series ‘Screen One’ and essayed the character ‘Barkis’ in the TV film ‘David Copperfield’ (2000).
Jones also worked in several Hollywood films; earned fame in such roles as ‘M16 spy chief’ in Clint Eastwood’s ‘Firefox’ (1982) and as ‘Dr. Joseph’ in sci-fi horror film ‘Firestarter’ (1984). He regularly appeared in David Lynch productions. Jones played the freak-show owner ‘Bytes’ in Lynch’s ‘The Elephant Man’ (1980), followed by ‘Thufir Hawat’ in the sci-fi film ‘Dune’ (1984), and also appeared as ‘George Kovich’ in ‘Wild at Heart’ (1990). He also appeared on Lynch’s 3-part TV miniseries ‘Hotel Room’ (1993) and the sitcom ‘On the Air’ (1992).
Jones received much praise for his role as ‘Orlando,’ an often-drunk reporter, in Federico Fellini’s ‘And the Ship Sails on’ (1983), and also as ‘Colonel Villefort’ in ‘Count of Monte Cristo’ (2002). He worked in the horror film ‘The Satanic Rites of Dracula’ (1973), the sci-fi film ‘Krull’ (1983), and the comedy film ‘Doctor in Trouble’ (1970).
In Ronald Harwood’s play ‘The Dresser’ (1980), Jones originated the role of ‘Sir,’ which was hailed as the most famous stage portrayal of his career. He reprised the same role in BBC Radio-4’s ‘The Monday Play’ (1993). Reportedly, no subsequent portrayal of the character ‘Sir’ (by Albert Finney or Anthony Hopkins or Ken Scott, in film or theater) could match the thunderous performance by Jones.
Three decades after his debut, he returned to the ‘Royal Shakespeare Company,’ in the role of ‘Malvolio’ in ‘Twelfth Night’ (1991). However, it did not bring much success. He retired from theater in the early 1990s, only to return for a brief period in 2001.
Jones appeared in ITV’s British soap opera ‘Emmerdale,’ from 2005 to 2018, and played the role of ‘Sandy Thomas,’ the estranged father of a vicar. He worked in 632 episodes of this series and opted out in 2018, though he was offered an extension.
His work on radio included appearances in the adaptations of ‘The Pickwick Papers,’ ‘You Can Never Tell,’ ‘Like an Angel,’ ‘The Folly’ and many more.
Family & Personal Life
In 1965, Jones got married to actor Jennifer Heslewood. They were together for 54 years till his death in 2019. Their two sons, Toby and Casper, are actors while the third son, Rupert, is a director. Jones died after a short illness on July 9, 2019, at Oxfordshire, England.
You May Like

See the events in life of Freddie Jones in Chronological Order