Flula Borg is a German ‘YouTube’ personality, actor, musician, comedian, and DJ, best known for his popular appearances on TV shows such as ‘Conan’ and ‘The Good Place.’ Born and raised in Erlangen in Germany, Flula grew up learning a traditional Bavarian dance, which opened ways for him to relocate to Los Angeles, where he began his entertainment career. Following his shift to Los Angeles, he began his struggle to make his mark in the American entertainment industry. He soon began making music and uploaded his work on his ‘YouTube’ channel. He also uploaded videos in which he related his observations on the American culture. He quickly amassed numerous subscribers, owing to his sense of humor and funny content. After making his American TV debut with the reality show ‘Auction Hunters’ in 2013, he made his film debut in 2015, playing one of the main roles in the film ‘Pitch Perfect 2.’ He has since appeared in comedy films such as ‘Killing Hasselhoff’ and ‘Dirty 30.’ He is also known for his nine-episode-long stint on the popular American talk show ‘Conan.’ German People
German Men
Tall Celebrities
Tall Male Celebrities
German DJs
Childhood & Early Life
Flula Borg was born on March 28, 1982, in Erlangen, Germany. He grew up highly influenced by the Western culture and idolized American movie stars such as Sylvester Stallone.
As a child, he was quite chaotic. He became interested in music in his early teenage years. He used to beat-box in his basement and slowly began making music of his own.
He was not academically good. He made up his mind about being a performance artist quite early in his life. He was then trained in the traditional southern Germany dance form called the Bavarian Schuhplattler.
While dancing, his attention was often caught by the music played by the DJs. During one such performance, he went up to the DJ and requested him to teach him the basics of DJing. Soon, he became interested in becoming a DJ. However, he also continued dancing and participated in the ‘Scion National Hypeman Contest.’
He ended up winning the contest, and it opened several ways for him. Ever since he was a kid, he had been traveling to Los Angeles on vacations. He somehow liked it every time he was there. Hence, when it finally came to making a career, he decided to move to Los Angeles to try his luck in Hollywood.
During his initial few months in Los Angeles, he struggled a lot. He appeared for many auditions and continued to make music without any considerable success. Eventually, he found a way and began putting his music up on ‘YouTube,’ which opened his door to success.
Continue Reading Below
You May Like

The Hottest Male Celebrities With The Best Abs
Career
Flula began uploading videos on ‘YouTube’ in June 2007. His first video featured him with his roommate David. Eventually, he began uploading videos of him beatboxing and DJing, and began earning subscribers on ‘YouTube.’
He also began uploading videos where he talked about his experiences of traveling around the United States of America, which led to a steady surge in the number of his subscribers. He was hailed for his comic timing, and within the first couple of years of him coming to the country, he amassed more than 700,000 subscribers.
He was also mentioned by ‘Variety’ as one of the comics to look out for. While most of his videos struggled to get a million views, the video titled ‘Jennifer is a Party Pooper’ managed to score 10 million views on ‘YouTube.’ The video got viral, and that helped him a great deal in getting noticed.
Soon, people began watching his other videos, too. Thus, he soon became a social-media celebrity. This also led him to make appearances on TV shows such as ‘The Today Show’ and ‘Last Call with Carson Daly.’ This sudden surge of fame also helped him get the necessary push he needed to launch his acting career.
Other than being a ‘YouTube’ star, he also kept working through the years. Since 2009, he had been the host and MC at the ‘College Battle of the Bands.’ He was associated with the event until 2012. In addition, he also hosted a music festival called the ‘Bedrocktoberfest.’
He also made music regularly, and had one of his first hits in 2011. Titled ‘Sweet Potato Casserole,’ the song was listed at the third spot on ‘Billboard’s ‘Next Big Sound Chart.’ One of his songs titled ‘Dirk Nowitzki, German Moses’ was picked up by ‘ESPN.’
He finally made his breakthrough in 2013, when he was invited to be a participant on the American reality TV show titled ‘Auction Hunters.’ The show featured him as ‘Handyman’ in four episodes.
The same year, he made his first appearance on the show titled ‘Last Call with Carson Daly.’ Over the next few years, he made three more appearances on the show.
2015 came as a huge year for him. His lifelong dream of acting in a mainstream Hollywood film came true that year, when he starred as ‘Pieter Kramer,’ a German man, in the musical comedy film ‘Pitch Perfect 2.’ The movie became a huge commercial and critical success.
Following the success of his debut film, he wrote and produced an independent film titled ‘Buddymoon.’ The comedy film had Flula playing the lead role and was hugely appreciated at various film festivals. At the ‘Slamdance Film Festival,’ the film won the ‘Audience Award for the Best Narrative Feature Film.’
In 2016, he appeared playing ‘DJ DJ,’ a supporting role, in the comedy film titled ‘Dirty 30.’ The film had a limited release and received a mixed response.
From 2016 to 2020, Flula appeared in nine episodes of the famous talk show titled ‘Conan,’ hosted by Conan O’Brien.
In the recent years, Flula has lent his voice to key roles in animation series such as ‘The Boss Baby: Back in Business’ and ‘Tangled: The Series.’ In addition, he also lent his voice to the character ‘Maybe’ in the animation film titled ‘Ralph Breaks the Internet.’
In 2021, he will be playing an anti-superhero named ‘Javelin’ in the ‘DC Cinematic Universe’ film ‘Suicide Squad.’
He is also quite active on the internet. In 2018, he launched his podcast titled ‘BoomTime.’
Family & Personal Life
Flula Borg has been extremely private about his personal life, and there has been no confirmation about his current relationship status. However, some of his vlogs in the past have hinted that he might have had a girlfriend earlier.
Flula once stated in an interview that if he had not been an actor, he would have been an engineer.

See the events in life of Flula Borg in Chronological Order 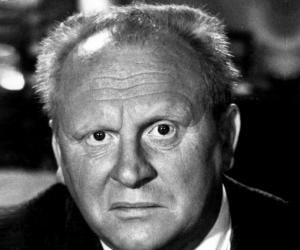