Advanced Search
Fernando Torres is one of the most popular footballers of recent times and has achieved great heights at an early age. This talented sports personality harboured a dream of becoming a soccer player and even though his parents belonged to a middle class family, nurtured this dream and ushered him into this sports. His grandfather was a follower of the ‘Atlético Madrid’ club and he acquainted Torres with the name, and since then he wished to be a part of that football club. He has always been passionate about the game and worked hard day in and day out to enhance his performance. He participated in many matches organized in his native and at the age of fifteen he was inducted into the Atlético club. He emerged as a great player and became an asset to the club. Soon, he became one of the most renowned soccer players and various clubs wanted him to be a part of their teams. However, after declining many such offers, he decided to change his club to the ‘Liverpool F.C.’ which is one of the best known football clubs. This sports personality has experienced many dream-come-true situations, and one such was being an active member of national team of Spain when it won its first ever ‘FIFA World Cup’ Sergio Ramos
20th March In History
DID WE MISS SOMEONE?
CLICK HERE AND TELL US
WE'LL MAKE SURE
THEY'RE HERE A.S.A.P
Quick Facts

Spanish People
Football Players
Spanish Men
Tall Celebrities
Tall Male Celebrities
Childhood & Early Life
He was born to José Torres and Flori Sanz on 20th March 1984, in Fuenlabrada city of Madrid. He has two siblings Israel and Mari Paz, and Fernando is the youngest.
He was interested in the game of football since his childhood days and in 1989, he joined the ‘Parque 84’ team and participated in a locally organised football tournament.
He was introduced to the ‘Atlético Madrid’ team by his grandfather, who was a follower of that team. He started playing as a goalkeeper and then played as a striker. In 1991, he became a member of the local team ‘Mario’s Holland’ where he played as a forward and performed well.
In 1992, his family moved to Estorde, Galicia, and the following year, he was overwhelmed to see the trophies of the ‘Atlético Madrid’ team when his father took him to the team’s trophy room.
When he was ten-years-old, he played for the ‘Rayo 13’ team and scored 55 goals in one season and got selected for the Atlético trial. His performance amazed the guides and Fernando was inducted into the youth system of the club in the year 1995. 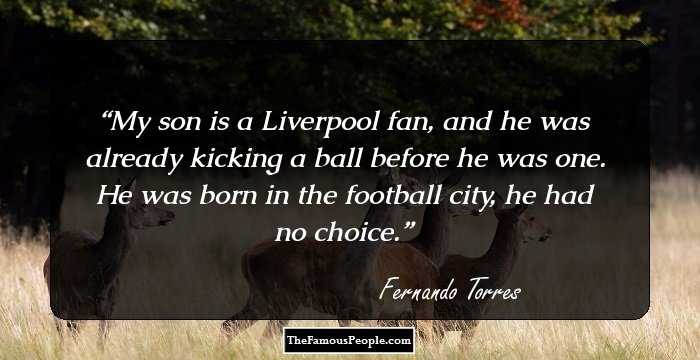 Continue Reading Below
Career
In 1998, he participated in the ‘Nike Cup’ as an under-15 team player and his team Atlético emerged as winners in the game.
Atlético Madrid club signed a contract with Torres in 1999, and this marked the beginning of his professional football career. A year later, he was moved from the youth team and included into the ‘Honor Division’ of the club.
In April 2001, Fernando represented his country Spain and the team won the ‘European Under-16 Championship’. He was the top scorer and also named as the best player.
In 2001, Torres was launched into the senior team of Atlético club, and on 27th May that year, he registered his first goal for the team. Though his team did not win that particular match but were promoted to the Liga second division (Segunda Division).
He played for Spain in the ‘European Under-19 Championship’ and again his team emerged victorious with Torres scoring the highest point, and again voted the best player.
In 2002, his team Atlético was placed in the Liga first division (La Liga). The following year, he was selected to the national team as a member.
Also in 2003, this talented footballer was elected as the captain of the Atlético Madrid Club.
In 2004, he was elected as a member of the national team (senior team) and scored his first goal in the Spain v/s Italy match. The same year, he participated in the ‘2004 UEFA Intertoto Cup’ for Atlético but the team lost lost the finals by 3-1 in the penalties.
In 2005, Spain fared well in the qualifiers and the national team was selected for the ‘World Cup’. The team could not make it to the finals despite performing well.
Continue Reading Below
In 2007, he parted ways with the ‘Atlético Madrid’, club after a twelve-year long association and joined the ‘Liverpool’ Football Club. The same year he played in his ‘Premier League’ debut match and registered a win.
The year 2008, brought a huge reason to celebrate for Spain when they became the European champions.
In 2009, he played in the ‘Premier League’ and scored his 50th goal for Liverpool in that tournament and with this Torres created a record of being the fastest player to score a 50th goal in the league.
In 2010, Spain became the World Champion by winning the ‘FIFA World Cup’ held in South Africa, and Fernando was a member of it. This was the first time his country won the World Championship.
In 2011, he changed his club from ‘Liverpool Football Club’ to ‘Chelsea Football Club’. He played the ‘UEFA Champions League’ as a member of the ‘Chelsea F.C.’ which won the tournament in 2012.
In 2013, his goal in the last minute helped his team emerge victorious in the ‘Premier League’ against Manchester City. The following year, he became a member of ‘A.C. Milan’ on a loan of two-year. In September that year, he played his first match for the club.
In December 2014, he again joined ‘Atlético Madrid’ club to play for team in the following season. 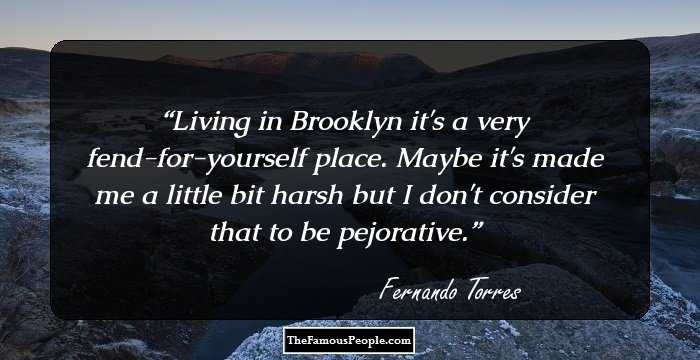 Awards & Achievements
In 2008, he was the ‘Man of the Match’ in the ‘UEFA Euro’ final. The following year, he was a recipient of the ‘FIFA Confederation Cup Silver Shoe’.
He won the ‘UEFA Euro Golden Boot’ in the year 2012 and the following year, he was awarded the ‘FIFA Confederations Cup Golden Shoe’.
Personal Life & Legacy
He is married to Olalla Domínguez Liste since 27th May 2009. This couple is blessed with a daughter named Nora and a son named Leo.
This sports personality is associated with charitable organizations such as ‘Oliver Mayor Cystic Fibrosis Foundation’, ‘UNICEF’, ‘Liverpool´s Disabled Supporters Association’, ‘Club Atletico de Madrid Foundation’, ‘Talita Foundation’, ‘Multiple Sclerosis Foundation’, ‘Grow up Playing Foundation’, ‘Montse Benitez Foundation’. 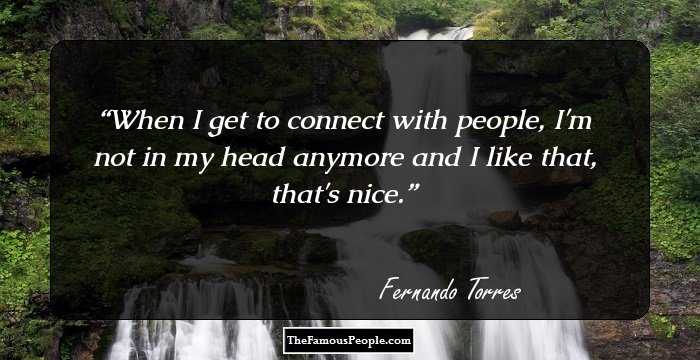 Trivia
In 2011, he was awarded with the ‘Fuenlabrada Golden Medal’ and he was the first recipient of this medal

Quotes By Fernando Torres | Quote Of The Day | Top 100 Quotes

See the events in life of Fernando Torres in Chronological Order