DID WE MISS SOMEONE?
CLICK HERE AND TELL US
WE'LL MAKE SURE
THEY'RE HERE A.S.A.P
Popularity Index
60
Gamers #266
Social Media Stars #59
Quick Facts 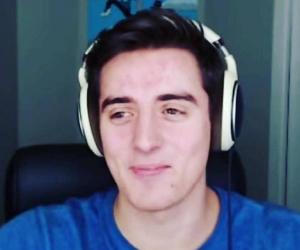 Who is FaZe Rain?

FaZe Rain or Nordan Shat is a YouTuber known and praised for his incredible gaming skills that are on full display on his channel. And with a channel glittering with over 4 million subscribers, it is an understatement to call him just incredible! Earning all his fame through his sheer dedication, it is not a shocker that in such a small time frame, Nordan was able to build a channel that even the pros swear by! FaZe Rain is just 20 years old but the moment you explore his videos, you’d know that his gaming background is probably as heavy as the professionals! Often sharing his videos on different gaming channels like Trickshotting and OMFGRain, Nordan's fans just can't get enough of him!

Male Youtubers
Gemini Youtubers
Canadian Gamers
Canadian YouTubers
The Meteoric Rise To Stardom
Unlike other famous gamers, Nordan's gaming channel isn't a result of his dream or passion since childhood. His gaming journey began after taking the advice of his therapist. Most of Nordan's childhood was spent in despair as his parents argued and fought a lot. All this emotional drama took a toll on his grades and he found himself entangled in depression and sadness. After his dad left without a trace, Nordan was surrounded by loneliness and thought that overdosing on Advil will bring a brief respite to this sordid life he was leading.
Recommended Lists:

After the 1 week treatment in the hospital following his failed attempt to take his life, Nordan sought the help of a therapist and things took a better turn ever since. On her advice of starting a new hobby, Shat began watching 'YouTube' and in just a matter of time, he was inspired to no end to start a channel of his own. Knowing that gaming was something that made him the happiest, he began sharing his insane 'Call of Duty' skills on 'YouTube'. Before Shat could wrap his mind around the fact that his channel was growing, his channel saw a rise of a million subscribers! Now part of one of the biggest e-gamers on social media, FaZe Clan, Nordan has gone from 'Call of Duty' to competitive sniping and even more! His strategies and skills have been called one of the best by different e-gaming groups and no doubt, it’s only his hard work that got him there! Apart from his FaZe Rain gaming channel, Nordan has another, more personal channel called 'Nordan Shat', where he uploads his regular vlogs and gets more open with his audience.

The Sexiest Men Of 2020, Ranked
Continue Reading Below
What Makes FaZe Rain So Special
Even though FaZe Rain is seen in his ultimate hardcore gaming self on his channels, he is in there with the pure intention of spreading positivity. FaZe Rain goes on to share in one of his videos that just like how 'YouTube' videos helped him cope with the mess, he longs to do the same for everyone watching. This encouraging and special trait has got to make FaZe Rain a truly unique kind of gamer!

Beyond Fame
In one of Nordan's vlogs, he goes on to share a real life incident where he got beaten up. Nordan, being the kind that hates stirring hate, didn't throw a punch in retaliation but let the guy walk away.

Personal Life
Nordan Shat was born in Toronto, Canada, on 29 May 1996. He lives with his mother and step-dad, and has 1 biological sister and 2 step-siblings. Nordan goes on to say in one of his videos that he isn't really close to his step sister, but that he absolutely adores and looks up to his step-brother, Josh. Growing up, Nordan used to be that child who loved making people laugh and was usually tagged as the 'class clown'. His next-level sense of humor is also on full display on his channel! 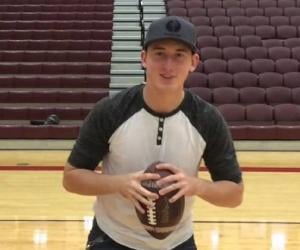