Brett Barrett, popularly known as TDBarrett, is a Canadian YouTube gamer who gained fame after starting to post gameplay and commentary videos on his YouTube channel ‘TDBarrett’. He is most famous for playing the Madden series of American football video games and NBA 2K series of basketball simulation games. He has been posting videos since 2015, and his channel has gained more than 1.5 million subscribers. He is one of the few YouTube gamers who had the stats of getting more than 280k views each day in 2017, making his channel one of the most popular gaming channels. Can LeBron James Catch A Hail Mary Before Odell Beckham Jr Can Hit A Half Court Shot?, Could The Last 10 MVPS Together Go 164-0? NBA 2K17 Challenge, Can One 7 Foot 7 Steph Curry Defeat The Whole Cleveland Cavaliers Team? NBA 2K17 Challenge, and Can Steph Curry Hit A Full court Shot Before Shaq Can Hit A Three Pointer? NBA 2K17 are some of the most popular videos on his channel. Brett Barrett was part of Saint Mary’s University football team at Halifax, Nova Scotia. The team won three straight championships. He also played football for his high school. At the end of his high school year, he started a YouTube channel called ‘The Clutch Quarterback but deleted the account out of insecurity and after being heckled by viewers due to his inexperience.

After Brett Barrett deleted his first YouTube channel he took some time off and then on September 14, 2014, launched his new channel TD Barrett. He published his first video Madden 15 Ultimate Team + First Video + Antonio Brown Debut on November 23, 2015. The video received very few views but got a comment from another YouTuber Galaxy Gaming. It inspired him to create more videos and work harder and turn this into a career. His initial videos Madden 15 Ultimate Team Pro Pack Bundle + Elite Pull !, and Madden 15 Ranked Game Titans vs Cowboys Live Commentary Part 1 etc. only received a few hundred views. He struggled due to his lack of experience in video editing and also lacking the proper equipment to shoot videos.

While his videos started improving through the months, it wasn’t until he posted MLB 15 The Show Diamond Dynasty Gameplay Jose Bautista Best Power Hitter In The Game? that his channel received major views. The video became the first one to reach more than 58k views. He had mixed success following that.

2016–2017 turned out to be great for Brett Barrett as he reached more than 400k subscribers. This was largely due to the popularity of videos like Can Steph Curry Hit A Full court Shot Before Shaq Can Hit A Three Pointer? NBA 2K17. The video published on November 25, 2016, has since become the most viewed on his channel with millions of  views. Can One 7 Foot 7 Steph Curry Defeat The Whole Cleveland Cavaliers Team? NBA 2K17 Challenge, Tiny 99 Overall Players Vs Giant 0 Overall Players | NBA 2K17 Challenge, Who Can Return A Kick Faster? 99 Trucking OR 99 Speed? Madden NFL 18 Challenge, and Is It Possible To Kick A 100 Yard Field Goal? Madden NFL 18 Challenge are some of his most viewed videos on his channel. He also has another YouTube channel Abliviate, along with his girlfriend, where they take part in fun relationship challenges.

Brett Barrett was born in Halifax, Nova Scotia, Canada, on December 4, 1996. He has not revealed much about his parents on social media. He went to Saint Mary’s University, Halifax, Nova Scotia, and played football for the University team. Barrett has been in a relationship with longtime girlfriend Mandy McMullin. In April 2019, he proposed her and they walked down the aisle in October 2019. 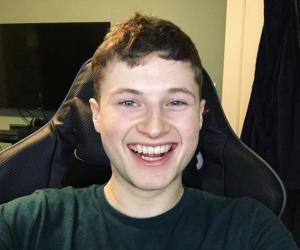