Faith Margaret Kidman-Urban is an American child actress who is the youngest daughter of multiple prestigious award-winning Australian-American actress and producer Nicole Kidman and New Zealand-Australian singer, songwriter and record producer Keith Urban. Even though she is only eight years old, she has already begun her career in Hollywood. In June 2019, she made her television debut alongside her older sister Sunday Rose as extras in two episodes of season two of their mother’s television show 'Big Little Lies'. A month later in July 2019, it was revealed by their doting mother that Faith and Sunday will be voicing a little purple bird Beatrice and a little yellow bird Lily, respectively, in the film 'The Angry Birds Movie 2', which also featured the voices of Gal Gadot's seven-year-old daughter Alma Varsano and Viola Davis' seven-year-old daughter Genesis. Back in March 2019, the two siblings were also seen on the set of their mother's upcoming HBO miniseries 'The Undoing', based on the novel 'You Should Have Known' by Jean Hanff Korelitz, on which they are supposed to appear as extras as well. 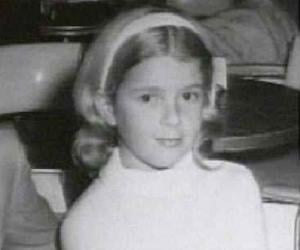 American People
Female Film & Theater Personalities
American Film & Theater Personalities
American Female Film & Theater Personalities
Capricorn Female
Rise to Stardom
Interestingly, Faith Margaret Kidman-Urban drew the attention of the international media even before she was born. Her mother, Nicole Kidman, had two miscarriages during her decade long first marriage to Hollywood actor Tom Cruise, and as such, after she successfully gave birth to her first child with husband Keith Urban, daughter Sunday Rose, in July 2008, rumors about a second pregnancy and even the couple adopting a Vietnamese orphan was doing the rounds of the tabloids. However, they kept the whole affair under tight wraps, and only after she was born in December 2010, they surprised all by revealing that they had welcomed a second daughter via gestational surrogacy.
The official statement, in which Kidman referred to the surrogate mother as a "gestational carrier", drew criticism from many, which prompted her to clarify that she was "trying to be accurate" in her description of the process to those who knew. While Faith's parents are secretive about their private lives, she has since then made occasional appearances in the media with her family. Recently in 2019, she made news headlines after she and her older sister Sunday Rose appeared as extras in their mother's hit HBO series 'Big Little Lies' and subsequently bagged voice roles in 'The Angry Birds Movie 2'.
You May Like

The Hottest Male Celebrities With The Best Abs
Continue Reading Below
Family & Personal Life
Faith Margaret Kidman-Urban was born via gestational surrogacy on December 28, 2010 at Nashville's Centennial Women's Hospital in Nashville, Tennessee, United States. Her mother is renowned actress and producer Nicole Kidman and her father is country and pop-rock singer Keith Urban. She has an older sister named Sunday Rose from the same parents. She also has two older siblings, Isabella Jane and Connor Anthony, whom her mother had adopted when she was married to her first husband Tom Cruise. Her mother has revealed that she is open to expanding her family further, adding that her own grandmother had given birth to her mother when she was 49 years old.
A Unique Reunion
At the age of six, Faith Margaret Kidman-Urban got the opportunity to meet the woman who carried her six years ago. In February 2017, 'Woman's Day' magazine reported that Nicole Kidman went through months of soul-searching during the filming of the 2016 autobiographical movie 'Lion', in which she played the adoptive mother of a young boy who decided to search for his roots after growing up. As a result, she decided to set up a meet-and-greet between six-year-old Faith and her surrogate mother.
The magazine reported that the woman, nicknamed 'Aunty Sheila', had a 'touching meeting' with Faith at her parents' Nashville home where she feels most confident and relaxed. While the child was too young to understand the intensity of the event, the two mothers were unable to hold back tears. However, according to Kidman, Faith was full of questions after the event. The report further revealed that her parents never shy away from telling her that she was carried by a surrogate mother, even though they do not raise the topic very often as she is too young to understand what it means.
You May Like 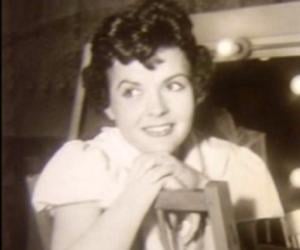 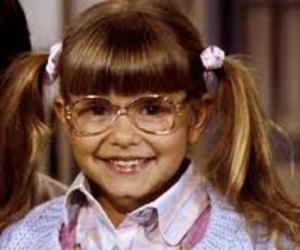