Estee Lauder was an American businesswoman and founder of the Estée Lauder Companies, a pioneering cosmetics company. She was also one of the wealthiest self-made women entrepreneurs in America. Her company is based on a basic dream of every woman, to look and feel glamorous. She also held the special distinction of being the only woman on TIME magazine's 1998 list of the 20 most influential business geniuses of the 20th century. Lauder was also the proud recipient of the Presidential Medal of Freedom. In 1988, she was inducted into the Junior Achievement U.S. Business Hall of Fame. Her founded Estée Lauder Companies is one of the leading cosmetic brands in the world today, selling over in 120 countries and generating revenues of billions of dollars per year. Estee Lauder, in her lifetime, had achieved a special place in the world of cosmetics and left a lasting legacy behind her. 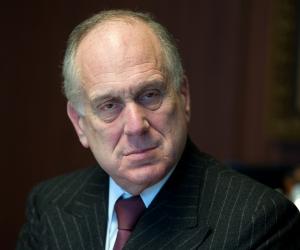 Priscilla Presley
Business Women #94
Business People #599
DID WE MISS SOMEONE?
CLICK HERE AND TELL US
WE'LL MAKE SURE
THEY'RE HERE A.S.A.P
Quick Facts

Cause of Death: Cardiopulmonary Arrest

American Celebrities
Cancer Entrepreneurs
American Business Women
American Entrepreneurs
Cancer Women
Childhood & Early Years
Estée Lauder was born as Josephine Esther Mentzer in Corona, a neighborhood in the borough of Queens in New York City. Officially her birthday falls on July 1, 1908, but according to other accounts, she was born two years earlier on July1, 1906.
Estee’s father, Max Mentzer, was a Czechoslovakian from Holice (now in Slovakia). He migrated to USA in 1890s. Working first as a custom-tailor, he eventually opened a hardware store beneath their family home in Corona.
Estee’s mother, Rose nee Schotz nee Rosenthal, was a Hungarian from Sátoráljaújhely. She came to the USA in 1898 with her five children to join her then husband Abraham Rosenthal. Eventually in 1905, she married Max Mentzer, ten years her younger.
Apart from her five children from her previous marriage, she bore Max four more, Estee being the youngest of them. Although christened Josephine, she preferred to be called by her nickname Estee, to which she later added an accent, making it Estée.
In spite of having to manage such a large family, Rose was gorgeous woman, conscious about her looks and always used a parasol to protect her skin from ultra violet rays. As a child, Estee loved to brush her hair, wanting to grow up like her. She was also influenced greatly by her father.
Estee was also very embarrassed about her parents’ way of life that betrayed their migrant status. A petit blonde with a lovely skin and a determination to look good, she wanted to be fully American, more importantly, a successful actress, with her name and fame spread all over.
While attending Newtown High School in Elmhurst, Estee also served in her father’s shop. Here she learned the basics of retailing; not only about the importance of perfectionism, but also about the outward appearance of merchandise as well as promotion of quality products.
She particularly remembered how they gift-wrapped hammers and nails, which her father gifted to his customers during the Christmas time. Much, later she would use the same tactic to draw more customers. 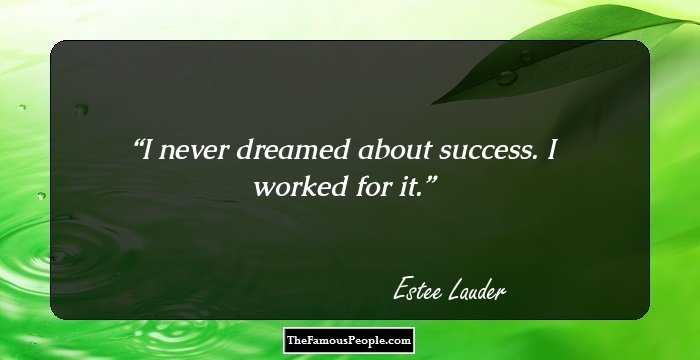 See the events in life of Estee Lauder in Chronological Order