(Duke of Saxe-Coburg and Gotha)

Ernest II was Duke of Saxe-Coburg and Gotha from January 29, 1844—when he succeeded his father, Ernest I, Duke of Saxe-Coburg and Gotha—to August 22, 1893, till his death. He was the older brother of Prince Albert, consort to Queen Victoria of the United Kingdom, and shared a very close relationship with him despite minor disagreements occasionally. While he also shared a cordial relationship with his sister-in-law, he drew her ire for publishing anonymous pamphlets against various members of the British royal family following his brother’s untimely death in 1961. However, he accepted Albert's second son, Prince Alfred, Duke of Edinburgh, as his heir-presumptive. He was married to Princess Alexandrine of Baden for 51 years, but the marriage was childless and he maintained several extramarital affairs throughout his life, which his wife knowingly accepted, to the bafflement of the outside world. father: Ernest I, Duke of Saxe-Coburg and Gotha

He and his brother, Prince Albert, who was only 14 months younger, were raised as twins, and had no other legitimate siblings despite their father having numerous children from various affairs.

His father became Ernest I, Duke of Saxe-Coburg and Gotha through an exchange of territories after the death of the duke's uncle, Frederick IV, Duke of Saxe-Gotha-Altenburg, in 1826. He and his brother often lived with their grandmother, the Dowager Duchess of Saxe-Coburg-Saalfeld, until her death in 1831.

His father was continually unfaithful to his mother, whom he divorced in 1824, after which she was forced out of Coburg, leaving her sons behind, and was not allowed to see them again.

Shortly after their marriage was dissolved in 1826, she secretly married her former lover Alexander von Hanstein, Count of Pölzig and Beiersdorf, but died of cancer in August 1831, months after the marriage was discovered.

His father married again in 1832, this time his niece, Duchess Marie of Württemberg, the daughter of his step-sister Antoinette, and the two boys had a good relationship with their stepmother, also their first cousin. However, they were deeply affected by their parents’ separation and their mother’s subsequent death, and formed a close companionship with each other which remained despite minor arguments in older age.

He and his brother, both considered as a potential husband for their matrimonially eligible cousin Princess Victoria of Kent, spent a few weeks at Windsor Castle visiting her in 1836. While Ernest and Victoria were more alike temperamentally, Albert was considered as a better choice by many, but they returned home without any marriage offer.

The brothers moved to the University of Bonn in 1837, but soon left after Victoria succeeded as Queen of the United Kingdom and rumors of an impending marriage affected their studies.

They again travelled to England in 1839, shortly after which Victoria found Albert agreeable and proposed, while Ernest travelled to Spain and Portugal, where his another cousin Ferdinand, was King Consort to the Portuguese Queen.

Several candidates were considered for marriage to Ernest II, including the Russian grand duchess; Princess Clémentine of Orléans, daughter of Louis Philippe I; Isabella II of Spain; and Queen Victoria’s cousin Princess Augusta of Cambridge.

He eventually married 21-year-old Princess Alexandrine of Baden, eldest daughter of Leopold, Grand Duke of Baden, and Princess Sophie of Sweden, on May 3, 1842 in Karlsruhe.

Ernest, who led a wild and promiscuous lifestyle like his father, who took his sons to "sample the pleasures" of Paris and Berlin, suffered from a venereal disease in his late teens and early twenties. While he still fathered at least three illegitimate children in later years, the disease rendered his young wife infertile and their marriage did not produce any issue.

Following his father’s death on January 29, 1844, Ernest II succeeded him to the duchies of Saxe-Coburg and Gotha, but despite his large inheritance, was plagued by frequent debts due to his extravagant lifestyle. Amidst calls to nationalize most of his property during the 1848 political unrest in Germany, Albert intervened and saved him from embarrassment.

He remained faithful to the liberal and national ideal by offering asylum to political exiles from Prussia and Saxony during the German revolutions of 1848–1849. In 1852, the constitutions of Coburg and Gotha merged into one constitution, converting the personal union of the two duchies into a real union.

As Denmark and the German Confederation fought over the relation of Schleswig-Holstein, two Danish-ruled duchies with large German majority, he commanded a German corps instrumental in winning the 1849 battle of Eckernförde.

He later opposed his nephew Edward, Prince of Wales, marrying Princess Alexandra of Denmark in 1863 because of the Schleswig-Holstein Question, believing the match was against German interests.

Queen Victoria, already appalled by Alexandrine’s willingness to accept Ernest’s affairs, was dissatisfied with his objections to the Danish match, but he was able to repair his relationship with his sister-in-law following Albert’s sudden death.

He was godfather to Albert's second daughter Princess Alice and gave her away at her wedding months after Albert's death, and strengthened ties with Prussia following his niece Princess Victoria’s marriage to Prince Frederick William.

In 1862, he offered to make his troops available to the King of Prussia in case of a war, however, his liberalism caused Prussian conservatives, particularly Prussian Minister President Otto von Bismarck, turn against him.

He was considered for succeeding the Greek throne over his nephew, Prince Alfred, whom Victoria wanted to inherit his duchies, but he was unwilling to forfeit his "safer" duchies despite his interest in the throne.

He further alienated himself from more conservative Prussia by attending the liberal Frankfurt Conference in 1863 and was an active advocate of the Austrian cause as the Austro-Prussian War was triggered in 1866. Despite following liberal politics, he began to align his views more closely with Bismarck by the mid-1860s, but retained public ties to Austria, where his cousin Alexander, Count Mensdorff, was Foreign Minister.

However, upon breakout of the war, he quickly supported the better-equipped Prussians, acting in the best interests of his duchies, but it was seen as betrayal by many including Queen Victoria.

He continued to anger his sister-in-law through his support of the Prussians in the Austro-Prussian War and later Franco Prussian War, and writing anonymous pamphlets slandering his eldest niece, Prussian Crown Princess Victoria ("Vicky").

As it became clear that Ernest II would be childless, special arrangements were made to pass Ernest's throne to a son of Albert while preventing a personal union between his duchies and the United Kingdom. When he died at Reinhardsbrunn on August 22, 1893 after a short illness, his duchies were succeeded by his heir presumptive, Albert’s second son, Prince Alfred, Duke of Edinburgh.

Ernest II was portrayed by David Oakes in the 2016 ITV series Victoria, which inaccurately depicted him having an affair with Harriet Sutherland-Leveson-Gower, Duchess of Sutherland. In reality, they never met and she was not only 12 years older than him, but also happily married to the Duke of Sutherland, with whom she had 11 children.

See the events in life of Ernest II in Chronological Order 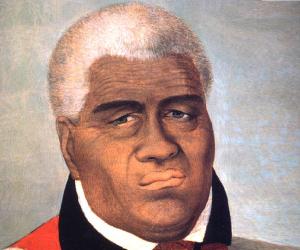