DID WE MISS SOMEONE?
CLICK HERE AND TELL US
WE'LL MAKE SURE
THEY'RE HERE A.S.A.P
Popularity Index
17827
Quick Facts

Enrica Cenzatti is the first wife of singer-songwriter, record producer, musician, and operatic tenor Andrea Bocelli. Little is known about her family and early life. When she was 17 years old, she met Bocelli at a piano bar. In the ensuing months, she first fell in love with his voice and then with him. They married in June 1992 and went on to have two children together. Their oldest, Amos, was born in February 1995 while their youngest, Matteo, was born in October 1997. Cenzatti and Bocelli eventually parted ways in 2002. As of 2007, she was living in the Tuscan resort of Forte dei Marmi, near her former husband’s villa. Despite the divorce, they raised their children together.

Enrica Cenzatti was born in either 1969 or 1970 in Italy. Very little information is available on her family and early life. In her teenage years, she was a student living in the Italian city of Pisa.

Andrea Bocelli was born to a well-to-do farm implement dealer. He was raised in his family estate in Lajatico, surrounded by vineyards and olive groves. When his mother was pregnant with him, his parents were told to abort him as the doctors concluded that he would be born with disabilities. It became quite clear at birth that there was something severely wrong about his eyesight. Ultimately, the doctors deduced his disease as congenital glaucoma. Bocelli would lose his vision completely after an accident during a football game. He was 12 years old at the time.

Having been interested in music since he was a child, he began taking piano lessons after he turned six. In the subsequent years, he also became adept in playing the flute, saxophone, trumpet, trombone, guitar, and drums. Bocelli was deeply influenced by Franco Corelli, Giuseppe Di Stefano, Luciano Pavarotti, and Beniamino Gigli, and aspired to become an opera singer someday. Despite this, he enrolled at the University of Pisa to pursue a law degree and in his free time, performed at various piano bars so he could earn extra money and meet women.

After receiving his law degree in 1986, he practised as a court-appointed defence attorney for about a year before quitting the profession altogether. He subsequently contacted popular tenor Franco Corelli to teach him. Corelli gladly accepted him as his student and Bocelli went back to playing at the piano bars in the evenings so he could pay for the lessons.

At these bars, he predominantly played songs by Frank Sinatra, Charles Aznavour and some Italian pop. He also played Mozart and Beethoven sometimes, but those were not that popular. On one of these nights in 1987, he met Enrica Cenzatti. At the time, she was a 17-year-old student, slender and radiant. It did not take long for a romance to develop between them. She first fell in love with his voice and eventually with him. On June 27, 1992, they got married. A few years later, on February 22, 1995, Amos was born. On October 8, 1997, the couple welcomed their second son, whom they named Matteo.

Besides his marriage, something else also occurred in 1992 that ended up altering Bocelli’s career trajectory. He successfully auditioned for a demo tape that was to be produced by Italian rock star Zucchero Fornaciari. Through Fornaciari, Bocelli met Pavarotti and later accompanied Fornaciari on a European tour. He released his first studio album, ‘Il Mare Calmo della Sera’, in 1994. Since then, he has put out 14 more studio albums, three greatest hits albums, and nine complete operas. He has sold over 90 million records and has been awarded both the OMRI (Order of Merit of the Italian Republic) and OMDSM (Order of Merit of Duarte, Sánchez and Mella) honours.In the 1990s, Cenzatti appeared in several pictures published by various publications alongside her husband and children.

Despite the dissolution of their marriage and eventual divorce in 2002, Enrica Cenzatti and Andrea Bocelli decided to raise their two sons together. As of 2007, they had lived near each other in Forte dei Marmi, a resort town in Tuscany, Italy. While the boys stayed with their mother, they would often come and spend time with their father at his villa.

Soon after their split, Bocelli began dating Veronica Berti, who is also his current manager. They eventually got married on March 21, 2014. From his relationship with Berti, Bocelli has a daughter, Virginia, who was born on March 21, 2012. Despite this, Enrica Cenzatti has maintained a cordial relationship with her former husband. Their son, Matteo, has followed in his father’s footsteps to become a tenor and musician.

See the events in life of Enrica Cenzatti in Chronological Order 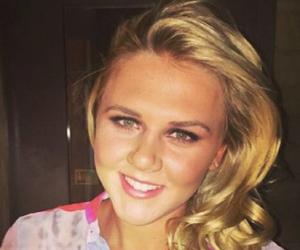