Advanced Search
Emmy Rossum is an American actress, singer-songwriter, and television director. She is best known for portraying the role of ‘Fiona Gallagher’ in the comedy drama series ‘Shameless.’ A talented actor and an equally talented singer, Rossum took to singing at a young age. However, she soon realized her true calling and started pursuing a career in acting. Over the years, she has acted in numerous films, including ‘Songcatcher,’ ‘An American Rhapsody,’ ‘Passionada,’ ‘Mystic River,’ etc. Her most acclaimed roles have been in films, such as ‘The Phantom of the Opera,’ ‘The Day After Tomorrow,’ and ‘Poseidon.’ In addition to her film career, she has also made a mark as a singer. She released her debut album ‘Inside Out’ which was well received by the critics. Rossum has often jokingly attributed her musical abilities to her mother who listened to classical music and operas when she was pregnant with her. Zendaya Maree S...
12th September In History
DID WE MISS SOMEONE?
CLICK HERE AND TELL US
WE'LL MAKE SURE
THEY'RE HERE A.S.A.P
Quick Facts

American People
Actresses
American Women
New Yorkers Actresses
Columbia University
Childhood & Early Life
Emmy Rossum was born Emmanuelle Grey Rossum on September 12, 1986, in New York City, New York, USA, to Cheryl Rossum, a single mother. Her parents separated when her mother was pregnant with her. Her mother worked as a corporate photographer.
Raised as a Jewish, she turned to singing at a young age. By seven, she had become a member of the ‘Metropolitan Opera Children’s Chorus.’ The exposure turned out to be immensely helpful as she got an opportunity to perform on stage within five years. She even shared the stage with renowned opera singers.
Interestingly, she sang in six different languages in 20 different operas. She also worked under the direction of Franco Zeffirelli in ‘Carmen.’ By the time she turned 12, she had developed an interest in acting.
To pursue a career in acting, she enrolled for classes at ‘The New Actors Workshop’ in New York City. Meanwhile, she continued her studies at ‘Spence School’ in Manhattan from where she dropped out later.
When she was 15, she obtained her high school diploma from Stanford University’s ‘Education Program for Gifted Youth.’ She later went on to attend ‘Columbia University.’ 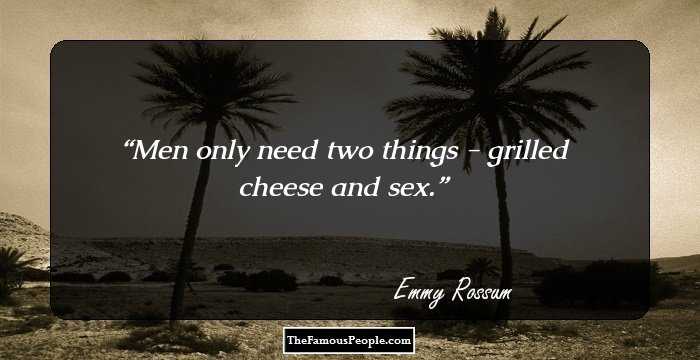 Continue Reading Below
Career
She made her acting debut in a guest role in the television program ‘Law & Order’ in 1997. In the series, she played the role of ‘Alison Martin.’ Following this, she landed a recurring role in the long-running daytime soap opera ‘As the World Turns’ where she played ‘Abigail Williams.’
Meanwhile, she played the guest role of ‘Caroline Beels’ in ‘Snoops.’ The same year, her work in the made-for-TV movie ‘Genius’ earned her the ‘Young Artist Award’ nomination for ‘Best Performance in a TV Movie.’
In 2000, she was seen portraying the role of young Audrey Hepburn in the ABC TV movie ‘The Audrey Hepburn Story.’ The same year, she made her debut on big screen with the movie ‘Songcatcher.’ In the film, she played the role of ‘Deladis Slocumb,’ an Appalachian orphan.
Her acting skills in the film ‘Songcatcher’ were much appreciated and she received an ‘Independent Spirit Award’ nomination for ‘Best Debut Performance.’ She even had the opportunity to display her singing skills in the movie as she had sung a duet with Dolly Parton.
Following this, she was cast in the film ‘Nola’ in 2003 where she played the lead character. Her major break in films came with Clint Eastwood's ‘Mystic River’ where she played the character of ‘Katie Markum.’
Perhaps the most important work in her film career was her portrayal of ‘Laura Chapman’ in Roland Emmerich’s eco-disaster film ‘The Day After Tomorrow.’ The film and her acting skills were much appreciated.
Eventually, she landed the coveted role of ‘Christine Daae’ in the on-screen adaptation of composer Andrew Lloyd Webber's ‘The Phantom of the Opera.’ Her portrayal of ‘Christine’ earned her a ‘Golden Globe Award’ nomination for ‘Best Actress in a Musical or Comedy.’ With this, she became the youngest actor to be nominated for the award. She also won the ‘Young Artist Award’ and ‘Saturn Award’ among other prestigious awards for her performance.
Year 2006 was a significant one in her career as Wolfgang Petersen's high-budget disaster film ‘Poseidon’ was released. The same year, she performed as ‘Juliet Capulet’ in the ‘Williamstown Theatre Festival’ production of William Shakespeare's ‘Romeo and Juliet.’
She followed this up with her role as ‘Bulma’ in ‘Dragonball Evolution.’ Simultaneously, she served as one of the members of the Broadway's ‘24 Hour Plays’ in which actors, writers, and directors collaborate to produce and perform six single act plays.
Continue Reading Below
In 2011, she starred in DJ Caruso’s social film ‘Inside.’ It was an online film which had fans making guest appearances through Facebook videos. The same year, she joined the cast of the ‘Showtime’ comedy series ‘Shameless.’ In the series, she played the lead role of ‘Fiona Gallagher’ and remained in the show till season nine in 2019.
In 2013 and 2014, she appeared in films, such as ‘Beautiful Creatures,’ ‘You’re Not You,’ ‘Comet,’ and ‘Before I Disappear.’
After a gap of four years, she returned to the big screen with the movie ‘A Futile and Stupid Gesture.’ The same year, she was also part of the short film ‘That’s Harassment’ where she played the role of a journalist.
In 2019, she appeared in a guest role in ‘Mr. Robot.’ The same year, she played ‘Kim Dash’ in Hans Petter Moland's action thriller film ‘Cold Pursuit.’
In addition to her acting career, she has pursued her musical career as well. After working in ‘The Phantom of the Opera,’ she started working towards releasing her debut album. She eventually released her album ‘Inside Out’ in 2007. Apart from singing, she also wrote songs for the album.
In 2013, she came out with her second album ‘Sentimental Journey.’ Unlike the previous album, it comprised of a collection of covers of classic songs, spanning from the ‘20s to the ‘60s. 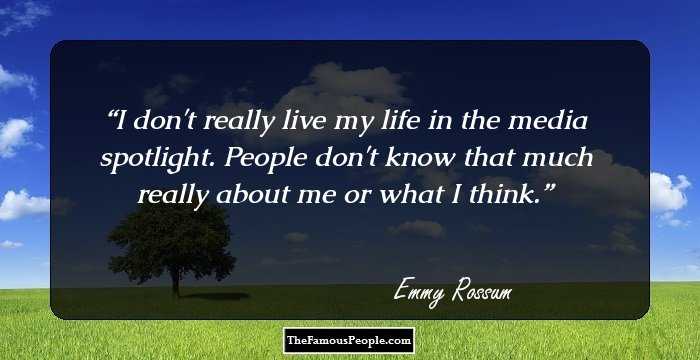 Awards & Achievements
Her role in the film ‘The Phantom of the Opera’ won her a couple of awards, including the ‘Saturn Award’ for ‘Best Performer,’ ‘National Board of Review’s Best breakthrough Performance,’ ‘BFCA’s Best Young Actress,’ and ‘Young Artist Award’ for ‘Best Performance in a Feature Film.’
In 2009, the ‘Savannah Film Festival’ bestowed upon her the ‘Young Hollywood Award.’
Continue Reading Below
Personal Life & Legacy
From 2004 to 2005, she was in a relationship with French heir and art dealer David Wildenstein.
In 2008, she walked down the aisle with music executive Justin Siegel. However, the two filed for divorce the following year.
She was in a romantic relationship with Adam Duritz, but the relationship did not last long. In 2010, she was legally separated from Siegel.
From 2011 to 2013, she dated Tyler Jacob Moore, her co-star from ‘Shameless.’
She started dating writer/director Sam Esmail in 2013. She got engaged to him two years later. The couple tied the knot on May 28, 2017.
This actress suffers from celiac disease, which is an autoimmune disease. Those who suffer from the disease cannot tolerate food containing gluten.
She is an avid activist and a ‘YouthAIDS’ ambassador. She also works for raising the awareness of breast cancer. 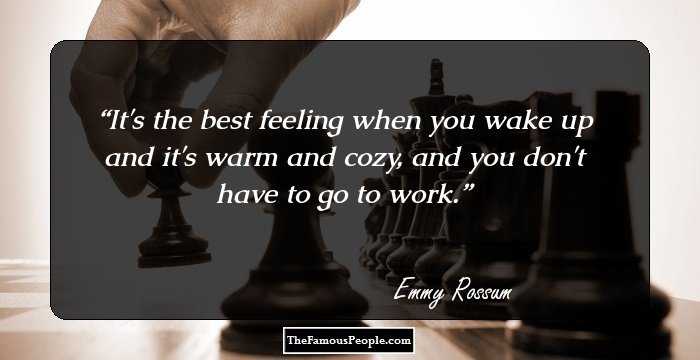 Trivia
This American actress of ‘The Phantom of the Opera’ fame has said that her favorite opera is ‘Carmen.’

Quotes By Emmy Rossum | Quote Of The Day | Top 100 Quotes

See the events in life of Emmy Rossum in Chronological Order