Emilia Clarke is an English actress best known for her role in the HBO series ‘Game of Thrones.’ The daughter of a theatre sound engineer, she was exposed to the world of acting at an early age. She studied at the Drama Centre London and acted in several stage productions including ‘Breakfast at Tiffany's’. She made her television debut with a guest role in an episode of the English soap opera ‘Doctors’. She later went on to play her breakthrough role as Daenerys Targaryen in the fantasy series ‘Game of Thrones’ for which she earned several awards and nominations. Venturing into movies as well, Clarke starred in a number of films such as ‘Terminator Genisys’, ‘Me Before You’ and 'Voice from the Stone’. She would soon be seen in the upcoming Star Wars anthology titled ‘Solo: A Star Wars Story’. Clarke was once voted ‘the most desirable woman in the world’ by AskMen readers and also named ‘Esquire's Sexiest Woman Alive’ in 2015. Besides being beautiful and talented, she is a strong and independent lady who is a proud supporter of feminism. On the International Women's Day 2017, the English actress published an op-ed in ‘HuffPost UK’ stating her views on feminism and gender equality. Emma Watson
Actresses #76
Film & Theater Personalities #211
DID WE MISS SOMEONE?
CLICK HERE AND TELL US
WE'LL MAKE SURE
THEY'RE HERE A.S.A.P
Quick Facts

British People
Libra Actresses
British Actresses
Actresses Who Are In Their 30s
Women Film & Theater Personalities
Career
Emilia Clarke's early acting work includes two stage plays at St. Edwards and ten plays at the Drama Centre London. Her initial TV performances were in an episode of the soap opera’ Doctors’ and in the television film ‘Triassic Attack’. In 2011, the actress was cast as Daenerys Targaryen in HBO’s fantasy series ‘Game of Thrones’. Her performance earned positive reviews and she won the EWwy Award for Best Supporting Actress in a Drama in 2011.
In 2012, she did the films ‘Spike Island’ and ‘Shackled’. Soon after this, she played the role of Evelyn Hemingway in the comedy-crime drama flick ‘Dom Hemingway’. Clarke then appeared in the American science fiction movie ‘Terminator Genisys’. The movie was a commercial success though it received poor reviews. Her performance was praised by critics.
She next had a role in the flick ‘Me Before You’ in 2016. The film was a major hit. That year, she also voiced the character of Bridget in an episode of ‘Robot Chicken’. The actress then did the film ‘Voice from the Stone’ in 2017. The same year, she also did voice work for an episode each of the animated series ‘Animals’ and ‘Thunderbirds Are Go’ respectively. Clarke would soon be seen in the role of Qi’ra in the upcoming movie ‘Solo: A Star Wars Story’.
You May Like 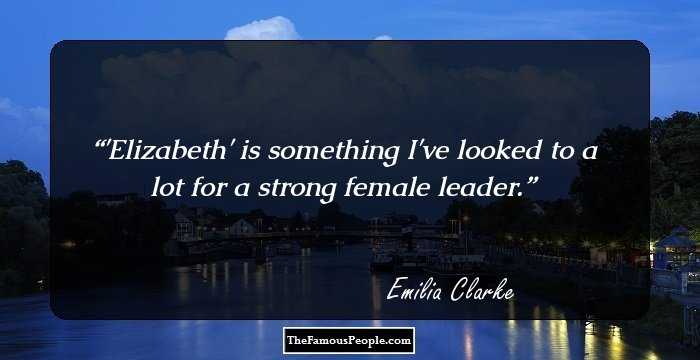 Continue Reading Below
Personal Life
Emilia Clarke was born as Emilia Isabelle Euphemia Rose Clarke on 23 October 1986 in London, United Kingdom to Jennifer Clarke and her husband. Her mother is the director of a charity organization named The Anima Foundation while her father (died 10 July 2016) served as a theatre sound engineer.
Clarke went to Rye St Antony School and St. Edward’s School. Later, she graduated from the Drama Centre London in 2009.
Talking about the actress’ love life, she dated filmmaker and comedian, Seth MacFarlane, for approximately six months before breaking up. However, Clarke remains friends with MacFarlane even after their separation. She owns a big house in California which she purchased in 2016. 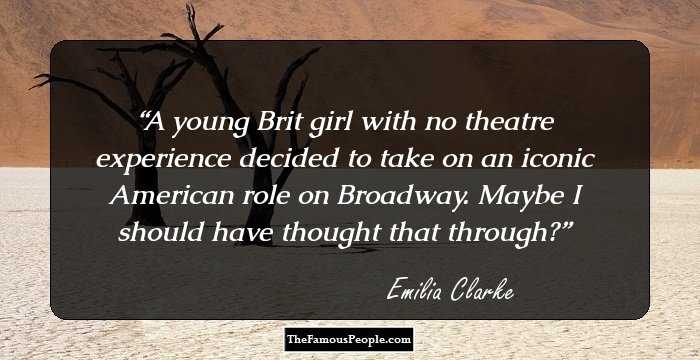