The young, effervescent and cheerful soccer enthusiast and electronic/trap artist Elliot Crawford is a famous English YouTube star and social media personality. He has garnered fame and popularity primarily with his YouTube channel ‘TheElliotCrawford’ where he posts challenge videos associated with rugby and soccer along with cover songs of renowned artists. He rose to prominence after posting cover songs of Canadian singer-songwriter Justin Bieber’s ‘Love Yourself’ and Canadian rapper Drake’s ‘One Dance’ featuring himself. His first single ‘Queen & a Double’ that he collaborated with his close friend, musical artist and fellow YouTuber, Joe Weller, also featuring the latter garnered chart success. Some of the most popular videos of his channel that have not only garnered millions of views but also increased the popularity of the channel and its subscriber base include ‘Elliot vs Joe vs Saffron - DOMINO'S PIZZA CHALLENGE!!’, ‘REACTING TO MY OLD PRIVATED VIDEOS’ and ‘CAN YOU GUESS THE SONG?’ among many others. Success of ‘TheElliotCrawford’ led him to come up with another channel ‘King Crawford’ recently which is presently taking baby steps to catch up with popularity of his main channel with videos like ‘I LOST MY WALLET!!!!!!!’ and ‘SKATEBOARDING ACCIDENT!!!’. Ally Law
Social Media Stars #614
YouTubers #1227
DID WE MISS SOMEONE?
CLICK HERE AND TELL US
WE'LL MAKE SURE
THEY'RE HERE A.S.A.P
Quick Facts

British People
Male Youtubers
British YouTubers
Capricorn Youtubers
Male Social Media Stars
The Rise To Stardom
Elliot Crawford is an enthusiast of rugby and soccer. He came up with a good way of sharing his interest with millions of others across the globe who are passionate about the sports by making and uploading videos with on YouTube. He created his YouTube channel ‘TheElliotCrawford’ on October 13, 2011. Some of his posts on the sports include challenge videos including ‘RUGBY BALL PENALTY CHALLENGE!!’ and ‘PHENOMENAL FOOTBALL CHALLENGES!!’. Apart from the challenge videos on sports, Elliot has also uploaded different other challenge videos like ‘MENTAL CHICKEN NUGGET CHALLENGE!!’ and ‘EXTREME DOMINO'S PIZZA CHALLENGE!!!’ that only furthered his fame.
Recommended Lists:

British Internet Celebrities
Capricorn Men
An electronic/trap artist in his own right, Elliot also posts videos featuring him doing cover songs of renowned artists. Some of these like like ‘Justin Bieber - Love Yourself (Elliot Crawford Cover)’ and ‘Drake – One Dance (Elliot Crawford Cover)’ have garnered him immense fame. He chose to privatize most of his videos that were uploaded before 2016. His video ‘REACTING TO MY OLD PRIVATED VIDEOS’ has garnered a whooping 1.8 million views and still counting.

Other popular videos of Elliot that surpassed viewership of a million mark includes ‘Elliot vs Joe vs Saffron - DOMINO'S PIZZA CHALLENGE!!’, ‘CAN YOU GUESS THE SONG?’ and ‘REACTING TO KSI's VIDEO: Joe Weller Exposed by Best Friend | with My Mum’ among many others. With such popular videos and a dedicated fan base who eagerly wait for his new posts, YouTube channel of Elliot presently boasts of having over half a million subscribers with a viewership count of more than 29 million.
With the success of ‘TheElliotCrawford’, Elliot launched another YouTube channel King Crawford on January 11, 2017. The channel which has spawned videos like ‘I LOST MY WALLET!!!!!!!’ and ‘FILMING WITH THE ROCK IN NEW YORK!!!’ has already amassed more than 36K subscribers apart from garnering over 370K views. Apart from YouTube, this young talent has also made his presence felt in different other social media platforms. His Instagram account ‘elliot_crawford’ has accumulated over 300K followers. He joined Twitter in October 2011 and his Twitter account ‘elliotcrawford’ where he describes himself as content creator, presenter and musician is also gaining popularity with a present count of over 90 K followers.
He is a very friendly person and has good rapport with many other YouTubers like Joe Weller, Calfreezy, Saffron and Casey Barker. He collaborated his first single ‘Queen & a Double’ that released in 2017 and thrived at the charts with Joe Weller who contributed to the song’s lyrics with Elliot apart from featuring in the video with him. Elliot also appeared in the police procedural television drama series ‘Cuffs’ that aired on BBC One in 2015.

Who Is The Greatest Female Warrior In History?
Continue Reading Below
Behind The Curtains
Elliot Crawford was born on January 13, 1997, in Hastings, East Sussex, England. It seems that Elliot is a private person and does not like to disclose much about his personal life as there is hardly any information available about his family, childhood, education as well as his romantic encounters and dating status excepting that he is the only child of his parents. 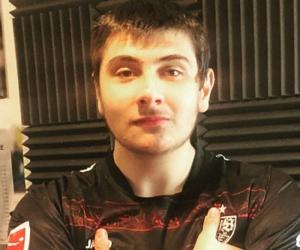