Advanced Search
Edward Woodward was an English actor and singer, best remembered for his iconic role in the film 'Callan.' An alumnus of the coveted 'Royal Academy of Dramatic Art,' he started his career through theater and then made a highly successful move to Hollywood. Edward's cold yet magnetic persona had made him a perfect choice for roles of policemen, sheriffs, and intelligence agents. He utilized this quality in controlling his character's rage in 'Callan.' Following an initial struggle in the early 1960s, he established himself in all the three forms of entertainment: TV, films, and theater. However, Edward's international fame as a stage artist came after he performed in ‘Broadway’ in New York and in Australian theater. A gifted singer, too, Edward had produced over a dozen musical recordings, while also using his smooth and deep voice as an audiobook host. Matt Smith
1st June In History
DID WE MISS SOMEONE?
CLICK HERE AND TELL US
WE'LL MAKE SURE
THEY'RE HERE A.S.A.P
Quick Facts

See the events in life of Edward Woodward in Chronological Order 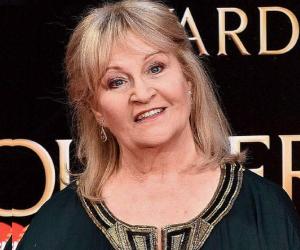