Edward Bernays was an Austrian-born American theorist and writer, best known for introducing the concepts of public relations and propaganda. Revered as "the father of public relations," he used his propaganda and public relations theories to bring in several progressive changes in the American society. He advocated for women's rights and made Americans open up to modern practices. An author of several essays and books on public relations, Bernays gave the public press a new dimension. He worked as a public relations counsel for years and gained numerous coveted clients. Although his ideas were largely accepted, Bernays earned a fair share of criticism, too. His propaganda has not only been promoted in the U.S. but has played a role in the history of other countries, too. 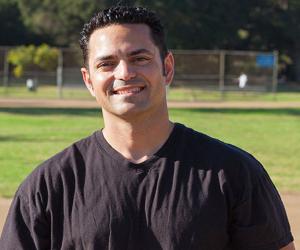 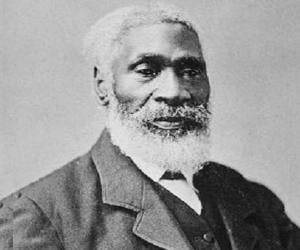 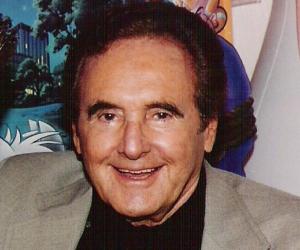 Joseph Joe Barbera
Continue Reading Below
DID WE MISS SOMEONE?
CLICK HERE AND TELL US
WE'LL MAKE SURE
THEY'RE HERE A.S.A.P
Quick Facts

Edward Louis Bernays was born on November 22, 1891, in Vienna, Austria–Hungary, to a Jewish couple, Ely Bernays and Anna Freud Bernays. While Ely was a prosperous grain merchant, Anna was related to the Viennese psychoanalysis pioneer Sigmund Freud.

Bernays moved with his family to New York City in 1892. He attended the DeWitt Clinton High School and graduated from Cornell University with a degree in agriculture in 1912. However, he chose to be a journalist.

In 1912, Edward Bernays was a co-editor of the Medical Review of Reviews and the Dietetic and Hygienic Gazette. While working with the journal, He extensively wrote to spread awareness about the hazardous effects of wearing corsets.

Bernays’s heavy involvement in the world of theater to promote progressive thoughts made him a regular patron of theaters, concerts, and ballet. In 1913, he became a press agent for various performers and performances.

In that capacity, Edward Bernays promoted the play Daddy-Long-Legs, which was based on the theme of charity for orphans. He also promoted the itinerant ballet company Ballets Russes to popularize the dance form in America.

After the U.S. participated in World War I, Bernays was appointed to the Committee on Public Information (CPI), which U.S. President Woodrow Wilson had established in 1917. He was deployed to the Bureau of Latin-American Affairs of the CPI, in New York. His principal responsibility was to bring in maximum support for the U.S. participation in the war and to make people understand that it aimed to spread democracy throughout Europe.

After the war ended, Wilson appointed Edward Bernays as a member of the CPI publicity group at the Paris Peace Conference in 1919.

Edward Bernays published his first book on public relations, Crystallizing Public Opinion, in 1923. From 1930 to 1932, he worked for the President's Emergency Committee on Employment and for President Coolidge.

He also represented several non-profit institutions and organizations such as the Committee on Publicity Methods in Social Work (1926–1927), the Jewish Mental Health Society (1928), the Book Publishers Research Institute (1930–1931), the New York Infirmary for Women and Children (1933), the Committee for Consumer Legislation (1934), the Friends of Danish Freedom and Democracy (1940), the Citywide Citizens' Committee on Harlem (1942), and the National Multiple Sclerosis Society (1954–1961).

In 1939, he served as the publicity director for the New York World's Fair. During World War II, he worked on the U.S. government's foreign information program and assisted the army, the navy, and the commerce and treasury departments.

Edward Bernays worked as a public relations counsel until 1963 but continued to work on various public relations projects even after that. Working with Action on Smoking & Health, he supported several anti-smoking campaigns.

Some of his other published works are the essays A Public Relations Counsel States His Views (1927) and This Business of Propaganda (1928) and the books Public Relations (1952) and The Engineering of Consent (1955).

Edward Bernays had always supported the manipulation of public opinion to maintain democracy. However, he doubted his propaganda model's impact during peacetime.

He had to change the term of his model from “propaganda” to “public relations” to avoid misunderstandings that could have stemmed from the Germans' use of the word during World War I. He first introduced the term and delivered lectures on the same in 1923, at the New York University.

His CPI colleague and renowned political columnist Walter Lippmann was one of Bernays's biggest supporters. Bernays quoted Lippmann extensively in his book Propaganda (1928). He also used the ideas of Wilfred Trotter and French writer Gustave Le Bon in his writings.

In 1913, actor Richard Bennett called Edward Bernays to help promote the English translation of the play Les Avariés by Eugène Brieux, retitled Damaged Goods. The play was heavily protested against initially, as it dealt with issues concerning venereal diseases and prostitution.

The translated version was staged on March 14, 1913, at the Fulton Theater, New York, for the Sociological Fund and received accolades from the public press. Bernays and his schoolmate-turned-colleague Fred Robinson also published a positive review of the play.

In 1920, he successfully hosted the first and a peaceful NAACP convention in Atlanta, Georgia, to endorse the contribution of African–Americans to the whites in the South. The NAACP awarded Bernays for his efforts.

His next popular campaign involved promoting the use of hairnets by women workers to work safely at factories and restaurants. Since short hairstyles were a trend back then, hairnet manufacturers like Venida viewed it as a market threat. Bernays, however, promoted longer hairstyles to boost the sale of hairnets, and that was where his campaign failed to influence the target market. The government still mandated hairnets for employees in a limited variety of jobs.

Bernays used Freudian ideas to convince Americans that their authentic all-American breakfast consisted of bacon and eggs. He also used his theories to promote various commodities such as cigarettes, soap, and books. With Freudian ideas, he tried to change the public's conception of communism.

In October 1929, Bernays commemorated the 50th anniversary of the invention of the electric bulb by Thomas Edison by promoting ''Light's Golden Jubilee.''

Along with Procter & Gamble, Bernays organized a campaign to promote Ivory-brand bar soap and make people prefer Ivory soap over other soaps.

In the 1950s, Bernays's ideas helped India portray itself as the most democratic republic in Asia. It was the impact of his ideas that made the People's Congress of India pass a bill of rights and added freedom of the press, speech, religion, assembly, and petition to the constitution.

Using Bernays's most extreme political propaganda campaigns, the multinational corporation United Fruit Company (now Chiquita Brands International) and the U.S. government successfully rebelled against the democratically elected president of Guatemala, Colonel Jacobo Arbenz Guzman, and called him a communist. The BBC documentary The Century of the Self chronicled the entire propaganda campaign.

Edward Bernays was married to writer, feminist, and public relations executive Doris E. Fleischman in 1922. He supported her decision to not change her surname after marriage. Fleischman was the first married woman to own a U.S. passport with her maiden name. She, however, later changed her mind and adopted “Bernays” as her surname.

The biography The Father of Spin (1999) by Larry Tye and the award-winning BBC documentary (2002) The Century of the Self chronicled Bernays's life as the "father of public relations."

See the events in life of Edward Bernays in Chronological Order