Dwayne Johnson is a professional wrestler turned actor known for his appearance in the fantasy adventure film, ‘The Mummy Returns’. A highly successful professional wrestler before making his foray into films, Johnson is also famous by his ring name, ‘The Rock’. Born into a family of wrestlers, it comes as no surprise that he too made a name for himself in the sport. Athletic and inclined towards sports from a young age, he used to participate in many sporting activities as a school student. He played football for his high school and was also a member of the school's track and field and wrestling teams. He was a promising footballer and received a full scholarship from the University of Miami to play defensive tackle. He was hopeful of making it big as a professional footballer when an injury put a full-stop to his football ambitions. Though disappointed, he did not let this incident demotivate him and instead decided to become a wrestler. His father, a professional wrestler himself, began training the young man. Eventually he made his WWF debut and established himself as a successful wrestler. Due to his popularity coupled with his rugged good looks he started receiving offers from Hollywood studios and he began his acting career with the movie, ‘The Mummy Returns’. Simone Alexandr...
DID WE MISS SOMEONE?
CLICK HERE AND TELL US
WE'LL MAKE SURE
THEY'RE HERE A.S.A.P
Quick Facts

Nick Name: The Rock, The Brahma Bull, The Great One, The People's Champion, The Corporate Champion

American People
Wrestlers
WWE Wrestlers
American Men
California Actors
Childhood & Early Life
He was born Dwayne Douglas Johnson on May 2, 1972, in Hayward, California, United States. His father, Rocky Johnson, was a professional wrestler while his mother, Ata Maivia, was the daughter of a wrestler. His father is of Black Nova Scotian origin, while his mother is of Samoan heritage, which explains his exotic looks.
He lived in New Zealand for a brief period and attended the Richmond Road Primary School, before returning to the United States where he enrolled at the Freedom High School.
He was an athletic teenager and participated in several sporting activities. He played football and was also a member of the school's track and field and wrestling teams.
His favorite sport was football and he received a full scholarship from the University of Miami to play defensive tackle. However, an injury dashed his dreams of a football career. He graduated in 1995, with a Bachelor of General Studies degree in criminology and physiology.
He decided to train as a wrestler and received his initial training from his father. 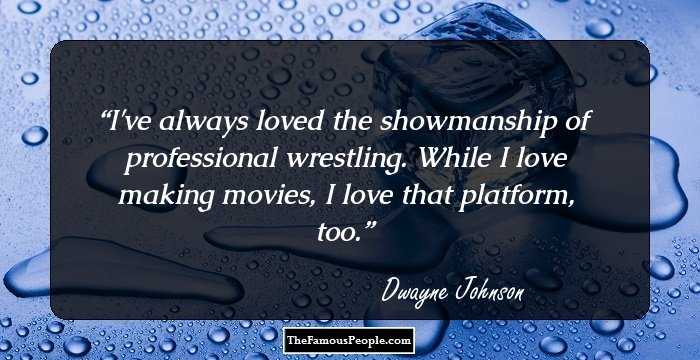 Dwayne Johnson made his WWF debut as Rocky Maivia in 1996, and won the WWF Intercontinental Championship from Hunter Hearst Helmsley on Monday Night Raw the next year.

He eventually changed his ring name to ‘The Rock’ and established himself as a successful professional wrestler with several titles under his belt. His wrestling prowess combined with his rugged good-looks made him very popular among the female fans and soon he started receiving offers to appear on the small and the big screen.
After appearing in a music video, he hosted ‘Saturday Night Live’ in 2000. He made his motion picture debut as The Scorpion King in the opening sequence of the film ‘The Mummy Returns’ in 2001.
The success of the movie led to its spin-off ‘The Scorpion King’ in 2002 in which Johnson played the role of Mathayus. He was reportedly paid US $5.5 million for this movie which eventually became a moderate success.
He played the role of Joe Kingman, a divorced father, in the family sports comedy film, ‘The Game Plan’, in 2007. The movie opened at No. 1 at the box office, grossing $22,950,971 in its first weekend in spite of getting negative reviews from critics.

In 2011, Dwayne Johnson appeared in the fifth film of The Fast and the Furious film series, ‘Fast Five’, as Luke Hobbs, a Diplomatic Security Service agent. The film grossed over $86 million in its opening weekend and became one of Johnson’s biggest commercial hits.

He reprised his role as Luke Hobbs in ‘Fast & Furious 6’, the sixth installment in The Fast and the Furious franchise, in 2013. He had Vin Diesel, Paul Walker, Gina Carano, and John Ortiz as co-stars. The film grossed over $780 million worldwide, making it No. 50 on the all-time worldwide list of highest-grossing films.

In 2015, he appeared in the seventh installment in The Fast and the Furious franchise, ‘Furious 7’. This film too became a blockbuster like the earlier movies in the franchise and also received critical praise for the action sequences.

In 2016, Dwayne Johnson starred in the action-comedy 'Central Intelligence' and gave his voice to the character of Polynesian demigod Maui in the Disney animated film Moana.

In 2017, he reprised his role in the eighth installment of the The Fast and the Furious franchise, 'The Fate of the Furious'. In the same year, he starred in two other big hits, namely, 'Baywatch' and 'Jumanji: Welcome to the Jungle'.
In 2018, he was seen in two action films, 'Rampage' and 'Skyscraper'.

Dwayne Johnson starred in Jumanji: The Next Level, in 2019.

From 2015 to 2019, Dwayne Johnson produced and starred in the HBO series Ballers. The series was ranked as HBO's most-watched comedy in six years. 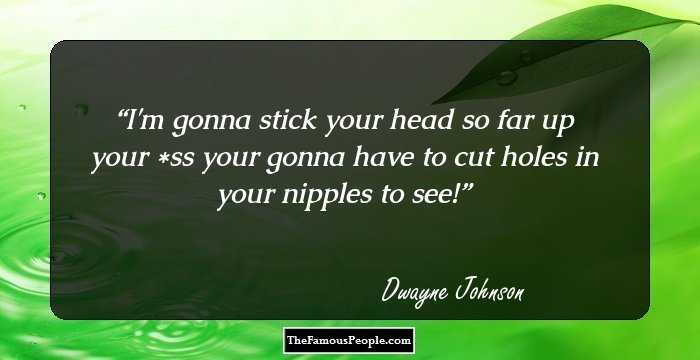 Major Works
Dwayne Johnson is most famous for his portrayal of Luke Hobbs in the Fast and the Furious movie franchise. All the movies starring him in the franchise have been super-hits, and he has received considerable praise for his acting skills.
Awards & Achievements
In 2001, he won the Teen Choice Awards in the category “Film – Choice Sleazebag” for the movie ‘The Mummy Returns’.
The CinemaCon Awards 2012 honored him with the Action Star of the Year Award.
He won the Kids' Choice Awards for Favorite Male Butt Kicker for ‘Journey 2: The Mysterious Island’ in 2013. 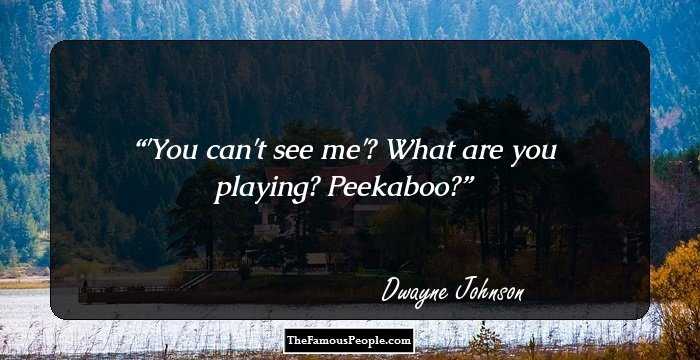 Family & Personal Life
Dwayne Johnson married his longtime girlfriend Dany Garcia on May 3, 1997. They have a daughter, Simone Alexandra. After ten years of married life, they decided to part ways amicably in 2007.
Soon after his divorce with Dany Garcia, Johnson started dating Lauren Hashian. He first met her in 2006 while shooting for 'The Game Plan'. Their first child, Jasmine Johnson, was born in December 2015, while their second child, Tiana Gia Johnson, was born in April 2018.
Dwayne Johnson married Lauren Hashian on August 18, 2019, in Hawaii.

Quotes By Dwayne Johnson | Quote Of The Day | Top 100 Quotes

See the events in life of Dwayne Johnson in Chronological Order 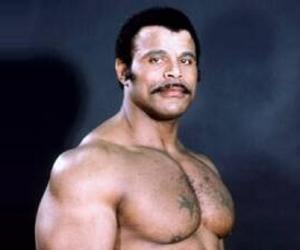 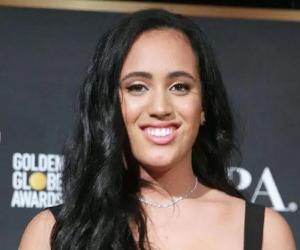