Dylan Adam McEvoy, better known as Durv, is a YouTuber from England. He is notable for his bottle flips videos, challenges, reaction-based videos, prank calls and gaming videos. Known for his “clickbait” tags, he came into the limelight with his video "My school is deleting my channel" that earned his channel millions of views. Durv once again came in the news when YouTube terminated his channel following his “Wanna join my free gift card giveaway" controversy in which it was proved that the middle-school boy was fooling people with fake gift card giveaways. Following the channel’s termination, Durv lost hundreds of thousands of subscribers. Although his channel was later reinstated by YouTube in April 2018, the YouTuber is now left with only 7.8k subscribers. Now that he is back, he seems to have learned his lesson and has promised his viewers that he won’t use clickbaits again. In his personal life, Durv is a crazy kind of a guy who never likes to be serious. He loves making fun of his buddies and even strangers. Although he is hated by many people for his blunt attitude, he is a positive and confident person. Tiana of Toys A...
DID WE MISS SOMEONE?
CLICK HERE AND TELL US
WE'LL MAKE SURE
THEY'RE HERE A.S.A.P
Quick Facts

British People
Male Youtubers
Pisces Youtubers
British Vloggers
British YouTubers
Rise to Stardom
Durv launched his channel in 2016. He gained fame with his video titled 'My school is deleting my channel' in which he described why his school authorities were against his channel and how they threatened him to bring the channel down. This video gained the YouTuber over 6 million views (before his channel’s termination). After this, many more videos with controversial titles followed. These included 'My teacher has a crush on me’, 'YOUTUBE sent me the wrong play button’ and ‘I am dropping school on the age of 13'.
Recommended Lists:

Pisces Men
Durv once again stole the limelight when he uploaded a video titled ‘Wanna join my free giftcard giveaway’. In this video, he introduced a giveaway in which he claimed to give his subscribers XBOX Live gift cards. After this video was uploaded, an individual (name unknown) exposed the YouTuber. He came forward when he noticed that the XBOX Live gift card design was of an old gift card. This individual then went on to reveal other card designs that were fake as well. Several other points against Durv were mentioned by him and this ultimately proved the YouTuber guilty. As a result of this controversy, he lost several subscribers. Later on, he even admitted to using clickbaits to make money and accepted that he had been lying to people about the "free gift card giveaway".
Continue Reading Below
Controversies & Scandals
Durv has been heavily condemned for using clickbaits to earn views and subscribers. In September 2017, the YouTuber released an official disstrack tilted "Commentaries End" where he called out Pyrocynical, LeafyIsHere, Memeulous, ImAllexx and WillNE. This video received several views before it was deleted and then again reinstated. Today, it has hundreds of thousands of dislikes and a few likes.
Channel Termination & Reinstatement
On May 31, 2017, Durv's YouTube channel was terminated after it was found to violate YouTube's community guidelines. On April 12, 2018, his channel was reinstated and the YouTuber welcomed his subscribers with a video titled “Dear YouTube, I'm back...” In this video, he stated that he is done with gift card videos and will only make videos that the world would want to watch.
Today, although Durv is back, he has not been able to win back the love of his lost subscribers. Several people hate him and his comment section usually contains negative comments. Also, the number of dislikes on his videos is more than the number of likes. This clearly shows the level of hatred Durv is facing on his channel.
Personal Life
Durv was born on March 14, 2003 in Crawley, England. Besides this, no other information regarding his private life is available. 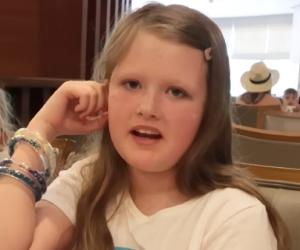 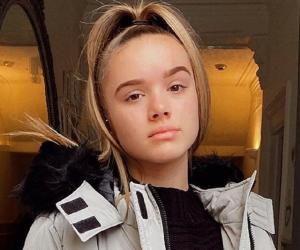