Doctor Mike is a Russian-American celebrity doctor, best known for his popularity on social media. With millions of subscribers and followers on YouTube and Instagram, Mike is one of the most famous board-certified physicians of New York City. Thanks to his impressive fashion sense and physique, he was named the ‘Sexiest Doctor Alive’ in the 2015 ‘Sexiest Men Alive’ issue of ‘People’ magazine. When he was featured in the popular magazine, Mike’s official Instagram account went viral. In the same year, he established a foundation called ‘Limitless Tomorrow’ to provide students with scholarships. Mike was nominated at the 10th ‘Annual Shorty Awards’ for ‘Breakout YouTuber of the Year.’ He was nominated along with the likes of Peter McKinnon and Will Smith. Richard Lower
DID WE MISS SOMEONE?
CLICK HERE AND TELL US
WE'LL MAKE SURE
THEY'RE HERE A.S.A.P
Quick Facts 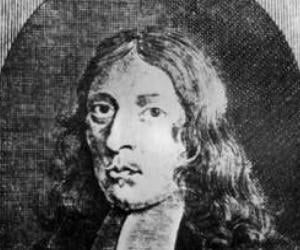 American People
Russian People
Male Physicians
Russian Physicians
American Physicians
Scorpio Men
Childhood & Early Life
Doctor Mike was born Mikhail Varshavski on November 12, 1989, in Saransk, Soviet Union. His father worked as a physician, while his mother worked as a mathematics professor. He and his parents moved to Brooklyn, New York City, USA when he was just five years old. After moving to Brooklyn, his father had to attend a medical school since his degree from the Soviet Union was not valid in the USA, while his mother took up a job of sweeping floors.
He was raised amidst his family’s financial struggles. The family lived in a one-bedroom apartment and struggled even to make both ends meet. For Mike, buying a bag of chips wasn’t always easy as he had to plead with his parents even for a quarter.
He decided to become a Doctor of Osteopathic Medicine (DO) early in his life. He was exposed to osteopathic medicine during his childhood as his father went to osteopathic medical school. He was also impressed with his father’s ability to use ‘Osteopathic Manipulative Treatment’ (OMT) to provide relief for his patients.
During his first few days in the US, he did not speak any other language other than Russian. On his first day in school, he answered all his teacher’s questions with the words ‘yes,’ ‘no,’ and ‘maybe’ until his teacher realized that he couldn’t speak English. He gradually learned to speak and write English during his stay in the US.
While studying in high school, his friends called him ‘Dr. Mike’ and came to him with sports-related injuries as they knew that his father was a physician. After graduating from high school, he went to the ‘New York Institute of Technology’ from where he graduated with a bachelor’s degree in life sciences. He also attended an accelerated seven-year program in a medical school for a professional doctoral degree.
While studying in college, he visited Israel along with his friends. On one particular night, he and his friends decided to sleep in the desert where the Bedouin monks had set up their camps. Due to his curiosity and lack of sleep, Mike started wandering beyond the campsite only to be driven back to the camp as the locals did not appreciate his gesture.
Continue Reading Below
Career
He started his residency training and internship at ‘Overlook Medical Center.’ He then joined ‘Atlantic Health System’ in Chatham, New Jersey and started practicing family medicine (FM). As a DO, Mike believes in preventive care and educates his patients about minor lifestyle changes that could have a huge impact on the long run.
He also started posting about the benefits of osteopathic medicine and positive lifestyle changes on his social media pages. His popularity increased in 2015 when ‘Buzzfeed’ posted an article about him. In November 2015, he was named the ‘Sexiest Doctor Alive’ by ‘People’ magazine.
After being recognized by the famous magazine, Mike became a social media sensation. His Instagram page, which he had created in 2012 to document his life as a doctor, went viral. Subsequently, he used his social media popularity to help others, especially children. In late 2015, he founded ‘Limitless Tomorrow’ to provide students with scholarships.
On August 18, 2016, he created a self-titled YouTube channel to inspire, motivate, and advise his fans and followers. He also posts videos on ways to reduce cancer risks and stress. Subsequently, he was invited to appear as a guest in ‘ABC’ network’s television shows, such as ‘Nightline’ and ‘Good Morning America.’ He has also been featured in popular talk shows like ‘The Doctors,’ ‘Rachel Ray Show,’ and ‘Today.’
In one of his interviews, Mike revealed that the connection he develops with his patients is what he loves about being a doctor. He is also proud of amassing millions of followers across social media platforms while performing his duties as a doctor. He said he was happy to break the stereotypical thinking that one has to give up social life and hobbies to become successful in the field of medicine.
He currently has millions of followers and subscribers on his Instagram page and YouTube channel. He also has thousands of followers on his verified Twitter page, which was created on June 17, 2013. He was nominated for the ‘Breakout YouTuber of the Year’ award at the 10th ‘Annual Shorty Awards.’
Family & Personal Life
Mike’s mother succumbed to leukemia during his first year at medical school. Mike, who was living alone at the time of his mother’s death, returned to his father’s home to help him cope with the loss. His father’s initial struggles and eventual success inspired him to achieve his goals. He is also close to his nephews, Steve, Dan, and Ari. On January 27, 2019, he featured his nephews in a YouTube video titled ‘Kids Ask Awkward Health Questions.’
He is a fitness enthusiast and often begins his day with a run alongside his pet dog Roxy. He also loves playing sports, such as tennis and basketball with his friends. He has a black belt in ‘Taekwondo,’ a Korean martial art.
He was in a relationship with model and actress Pia Alonzo Wurtzbach who was crowned ‘Miss Universe 2015.’ After breaking up with Wurtzbach, Mike started dating ‘Fox’ news reporter, Jennifer Lahmers. In one of his interviews, Mike said that he doesn’t believe in falling in love with a person based on their appearance alone.
He believes in contributing to the society through charity and other humanitarian works. He often uses his social media pages to raise money for charitable causes. He once shaved his head to display his support towards ‘St. Baldrick's children's cancer organization.’ He then urged his followers to donate money and pledged to match the highest donation made through Instagram, Twitter, and Facebook. He also comes up with inspiring tweets to motivate and encourage his fans and followers.

See the events in life of Doctor Mike in Chronological Order