(American Actress Known for Her Performance in the Movie 'Unfaithful')

Advanced Search
Diane Lane is an American actress, known for her versatility and unconventional style of acting. Thanks to her strong acting skills, she has enthralled her audience with her riveting performances. She joined theatre when she was only six and made her film debut with ‘A little Romance,’ garnering praise and appreciation for her talent. However, despite proving her acting abilities, she did not get the kind of roles she desired. Unwilling to compromise on her choice of roles, she worked in several commercially unsuccessful films, squandering her chances of achieving stardom. Realizing that her career is spiraling downwards, she took a break from work, before making a comeback with ‘Unfaithful.’ She then took on a number of challenging roles and cemented her place in the world of showbiz. She has played noteworthy roles in movies like ‘Under the Tuscan Sun,’ ‘Must Love Dogs,’ ‘Hollywoodland,’ ‘Secretariat,’ and ‘Cinema Verite.’ She has earned several nominations for her roles and has also been involved in several charitable organizations, such as ‘Heifer International.’ American People
American Women
New Yorkers Actresses
Aquarius Actresses
American Actresses
Childhood & Early Life
Diane Lane was born on 22 January 1965, in New York City, USA, to Colleen Leigh Farrington, a nightclub singer, and Burton Eugene Lane.
Her parents split when she was just 13 days old, and she was in the custody of her mother until the age of six. By that time, she was already an actor at the ‘La MaMa Experimental Theater Club.’
At the age of 12, she was enrolled at ‘Hunter College High School.’ Around that time, she was offered a role alongside Meryl Streep in the play ‘The Cherry Orchard.’
In 1979, she made her film debut with ‘A Little Romance,’ earning appreciation for her work. Subsequently, she was featured on the cover of ‘Time.’
She lived with her father in New York City until she ran away to Los Angeles for a week, at the age of 15.
After returning to New York, she enrolled in high school in 1981 before her mother kidnapped her and took her to Georgia. After legal action, she returned to New York. 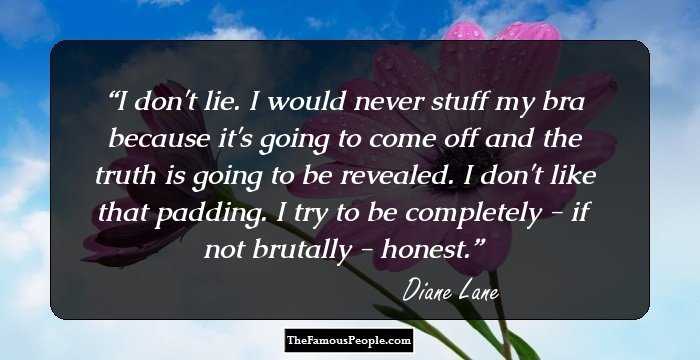 Quotes: Trying
Continue Reading Below
Career
In 1983, she appeared in the film adaptations of S.E. Hinton’s adult novels—‘The Outsiders’ and ‘Rumble Fish’— transitioning to more serious, adult roles.
In 1984, she appeared in two films, ‘Streets of Fire’ and ‘The Cotton Club.’ The films could not get her career soaring.
After a brief hiatus, she made a comeback in 1987 with ‘Lady Beware,’ which also went unnoticed.
The TV miniseries ‘Lonesome Dove’ in 1989 was her big breakthrough. For her performance in the miniseries, she also earned an ‘Emmy’ nomination.
In 1992, her film ‘My New Gun’ earned her critical acclaim, and her performance was appreciated at the ‘Cannes Film Festival.’ The same year, she also appeared in the biographical movies, ‘Chaplin’ and ‘The Setting Sun.’
In 1999, she appeared in ‘A Walk on the Moon’ for which she received critical appreciation. The film also earned her a nomination for ‘Best Female Lead’ at the ‘Independent Spirit Awards.’
After appearing in a supporting role in ‘The Perfect Storm’ in 2000, she appeared in the drama film ‘Unfaithful’ two years later. Her role in the movie was well-received and won her great critical praise.
In 2003, she starred in ‘Under the Tuscan Sun’ for which she earned a ‘Golden Globe’ nomination under the ‘Best Actress’ category.
From 2005 to 2006, she appeared in films like ‘Fierce People’ and ‘Hollywoodland.’
Continue Reading Below
In 2008, she appeared in ‘Nights in Rodanthe’ alongside Richard Gere. The same year, she also played supporting roles in ‘Jumper’ and ‘Untraceable.’
Returning to theatre in 2012, she acted in the play ‘Sweet Bird of Youth’ at ‘Goodman Theatre.’ The same year, she also featured in the documentary ‘Half the Sky: Turning Oppression into Opportunity for Women Worldwide.’
She appeared as ‘Martha Kent’ in the 2013 blockbuster film ‘Man of Steel.’ She would reprise her role as ‘Martha’ in ‘Batman v Superman: Dawn of Justice’ (2016) and ‘Justice League’ (2017).
In 2015, she voiced the character of Riley’s mom in the blockbuster film ‘Inside Out.’ That year, she was also seen in the biographical drama ‘Trumbo.’
From 2016 to 2019, she was seen in movies like ‘Paris can Wait’ (2016), ‘Mark Felt: The Man Who Brought Down the White House’ (2017), and ‘Serenity’ (2019).
Meanwhile, in 2018, she had a recurring role in the political thriller web series ‘Houses of Cards.’ The same year, she was cast to play ‘Senator Jennifer Brown’ in the drama television series ‘Y.’ 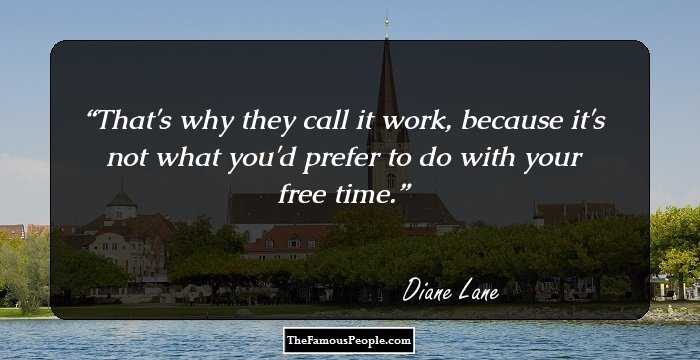 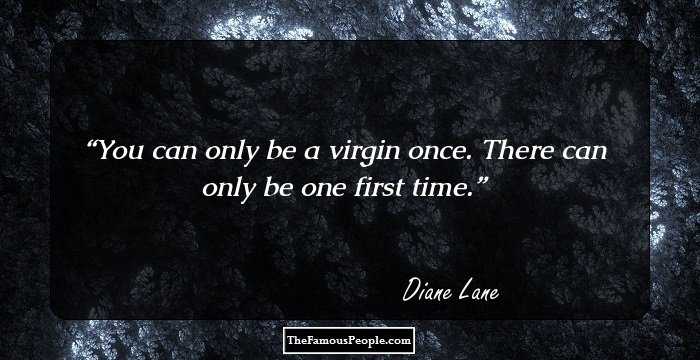 Personal Life & Legacy
After a brief affair with Christopher Lambert, she married him in 1988 in New Mexico. They have a daughter named Eleanor Jasmine. Unfortunately, the couple split six years later.
She married actor Josh Brolin in 2004, but the couple divorced in 2013.
Trivia
This Hollywood actress of ‘Unfaithful’ fame was turned down by a modeling agency as her neck was ‘too short.’

See the events in life of Diane Lane in Chronological Order