Devon Aoki is an American actress and fashion model who has modelled for world famous fashion houses like Givenchy, Comme des Garçons, Balenciaga, Versace, Loewe, Kenzo, Chanel and Jeremy Scott. She began modelling at the age of thirteen and soon became one of the most sought-after models in the industry. Regarded as an icon in the fashion industry, Devon has also designed her own couture line of clothing with Levi's called Levi's + D. Apart from walking on the ramp and working in advertising campaigns, she has also appeared on the cover of various magazines from world over, featured in numerous music videos and acted in quite a few movies. Her most significant roles were in 2 Fast 2 Furious, Sin City, DOA: Dead or Alive and Mutant Chronicles. 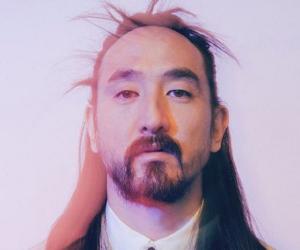 In 1995, at the age of thirteen, Devon Aoki was spotted at the Rancid concert and ended up doing her first shooting for Interview magazine story. Her grandmother introduced her to the famous English model and businesswoman, Kate Moss, the same year.

Her modelling career blossomed as she worked for prestigious fashion houses like Balenciaga, Comme des Garçons, Chanel, Versace, Yves Saint Laurent, Kenzo and Hugo Boss – either walking for them or appearing in their advertising campaign. She collaborated with cosmetic company L'Oreal and Lancome as well as jewellery and speciality retailer Tiffany & Co on their advertising campaigns too.

She also began appearing on the cover of fashion magazines from around the world including Nylon (US), Wonderland (UK), CosmoGirl (Korea), Jalouse (France), Russh (Australia), Harper's Bazaar (Japan) and Her World (Malaysia). Moreover, she featured on the cover of Vogue magazine in different countries – Germany, Russia, Japan and Korea – around the world.

In 2007, a collaboration with the American clothing company, Levi’s saw her designing a capsule collection – Levi's + D – for the company’s Asian market. The collection targeted savvy women looking for a casual style for both play and semi-professional situations.

The year 2006 saw her appearing in a couple of music videos once again. These include Dead Meat by British American musician and songwriter, Sean Lennon, and Bones by American rock band, The Killers. Her association with the latter resulted in another music video – Just Another Girl – in 2013. In 2016, she featured in the video of M.I.L.F. $, a song by American singer-songwriter, Fergie. Finally, in 2018, she collaborated with her half-brother and American music executive and record producer, Steve Aoki’s for the video of his song Waste It On Me Steve Aoki.

With success in modelling, she tried her hand at acting too. Her first film, Death of a Dynasty, was released in 2003 and in the same year, she appeared in the supporting role of Suki in 2 Fast 2 Furious. In 2004, she appeared in an action-comedy movie D.E.B.S and in 2005, she starred in a neo noir crime anthology film Sin City. The last film was nominated for Critics' Choice Award for Best Acting Ensemble by Broadcast Film Critics Association Awards (2006).

The year 2006 saw the release of her three films – Sean Lennon's Friendly Fire, DOA: Dead or Alive and Zoom. These were followed by War (2007), Mutant Chronicles (2008) and Rosencrantz and Guildenstern Are Undead (2009). She has also appeared as herself in the 2015 documentary and biography Jeremy Scott: The People's Designer and 2016 documentary, I'll Sleep When I'm Dead.

Her recent modelling assignments include walking the runway for Moschino (2017) and Jeremy Scott (2018); working on the advertising campaigns of Sephora x Moschino, Hugo Boss (both in 2017) as well as Moschino Fragrance, Nordstrom and Swarovski (all in 2018). In 2018, she was also featured in the editorial of American Vogue and the next year Harper's Bazaar magazine included her in their Bazaar Icons 2019 issue.

Devon Aoki was born on 10 August 1982, in New York to Hiroaki Aoki and Pamela Hilburger. Her father, also known as Rocky Aoki, was a Japanes- American amateur wrestler who went on to establish the Benihana restaurant. Her mother is a painter and jewellery designer and belongs to a German and English heritage. Devon Aoki’s family includes an older sister and a younger brother as well as four half-siblings. Her brothers include Kyle N Aoki, Kevin Aoki, and celebrity DJ Steve Aoki while her sisters include Jenifer Crumb, Kana Grace Nootenboom and Echo V Aoki.

She grew up in Malibu, California and went to The American School in London for her high school education.

She is married to James Bailey, a Harvard University graduate and a venture capital investor, since 2011 and the couple has one son—James Hunter—and three daughters – Alessandra Linville, Eleanor Talitha, and Evelyn.