David Khari Webber, popularly known as Dave Chappelle, is an American comedian, television/film producer and actor. Although his on-screen appearances have greatly reduced since the last decade, his quirky remarks and comic timing remains fresh even today. Ranked as one of the best stand-up comedians by ‘Comedy Central’, Dave Chappelle made his mark as an impeccable artiste on the ‘Chappelle’s Show’, which ended abruptly due to his early retirement. One of the boldest, raunchiest and the most versatile actor-comedians, he is known for his oddball sense of humor and for his crude guilelessness. Apart from stand-up comedy, he has also starred in a number of movies in minor yet unforgettable roles, including, ‘Robin Hood: Men in Tights’, ‘The Nutty Professor’ and ‘Blue Streak’. After years of struggle with small roles in films, he hit it big with his very own primetime show, which featured skits, celebrity mimicry and short films. Despite signing on for two more seasons of the show, the production was ‘indefinitely’ terminated and he got back to doing stand-up comedy. He converted to Islam and currently lives with his wife and three children on the outskirts of Yellow Springs, in Ohio. Image Credit
https://www.youtube.com/watch?v=09e-Sewe00Q
(Now You See It)
Previous   Next

American People
Black Actors
Black Comedians
Stand-up Comedians
Black Stand-up Comedians
Childhood & Early Life
David Khari Webber Chappelle was born to William David Chappelle and Yvonne in Washington, D.C.
He was raised in Silver Spring and studied at Woodlin Elementary School. He got greatly inspired by comedians, Richard Pryor and Eddie Murphy during his school days.
His parents divorced when he was very young. In 1991, he passed out of Duke Ellington School of the Arts, where he majored in theatre arts. 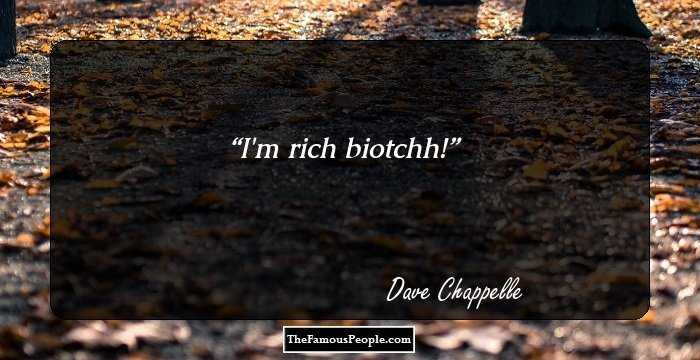 Continue Reading Below
Career
After his graduation, he moved to New York City and debuted on stage as a stand-up comedian at the Apollo Theatre, but did not get much success. He did not give up and finally made a name for himself in the comedy circuit and made his entry into films with ‘Robin Hood: Men in Tights’ as ‘Ahchoo’.
He was offered a role in the 1994 film ‘Forest Gump’ but turned it down believing that the film would not be a success. He also played the role of a supporting character in the film ‘Getting In’ the same year.
In 1995, he appeared in the American sitcom, ‘Home Improvement’ alongside Jim Breuer. The duo became so successful on screen, that they were given lead roles in the sitcom, ‘Buddies’. However, Jim was fired and the show never really took off with the audiences.
In 1996, he starred in the hit film, ‘The Nutty Professor’ alongside Eddie Murphy, who is also his inspiration and idol.
In 1997, he appeared on ‘Con Air’ in a small role and then appeared in a major role in ‘Half-Baked’ the following year. After the success of ‘Half-Baked’, he appeared in one of the episodes of ‘The Larry Sanders Show’ and was also cast opposite Tom Hanks in the film, ‘You’ve Got Mail’.
He starred in a small role in the film ‘Blue Streak’, in 1999. The following year, he was given his first slot on HBO in an episode titled, ‘Dave Chappelle: Killin’ Them Softly’.
From 2003 to 2006, ‘Chappelle’s Show’, was aired on Comedy Central, which catapulted his career and landed him a multi-million dollar contract. However, the production of the show was terminated when he disappeared on a trip to South Africa.
In 2006, he toured a number of cities in the United States to promote the documentary film, ‘Dave Chappelle’s Block Party’. The next year, he created history by setting a stand-up comedy record of 3 hours and 50 minutes at the Laugh Factory Sunset Strip Comedy Club. However, his record was broken in 2008 by Dane Cook.
He attempted to break Cook’s 7 hour record in 2009 at the Laugh Factory, but was dismissed a mere 5 hours into his routine.
Continue Reading Below
From 2008 to 2013, he appeared on ‘Inside the Actors Studio’ twice. 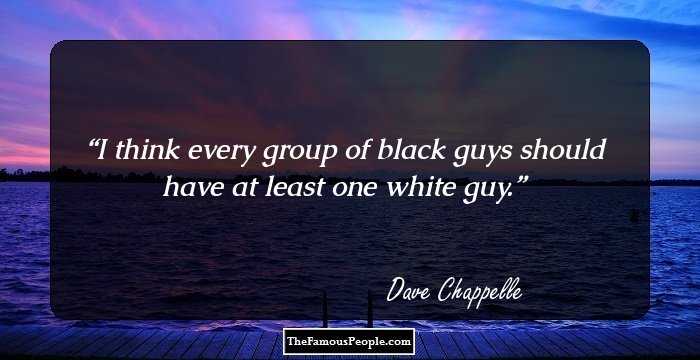 Quotes: Think, I
Major Works
The ‘Chappelle’s Show’, which aired on Comedy Central from 2003-2006, hurled him into the limelight and landed him a contract worth $55 million with Viacom. The company urged him to continue the show for two more years but the production of the show had to be halted abruptly during season 3 due to his sudden disappearance to South Africa. This is by far, considered his greatest work as a comedian.
Awards & Achievements
He is ranked no. 43 in the list of ‘Comedy Central Presents: 100 Greatest Stand-Ups of All Time’, by Comedy Central.
He is listed in Forbes ‘Celebrity 100’ list, with a net worth of $12 million. 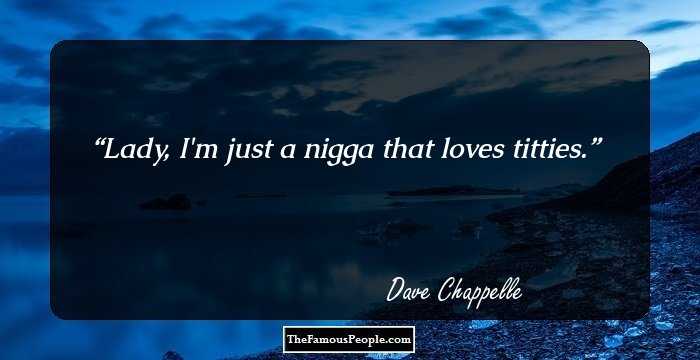 Personal Life & Legacy
He converted to Islam in 1998.
He is married to Elaine, who is of Filipino descent. The couple has two sons- Ibrahim and Sulayman and a daughter, Sonal.
He currently resides with his family on a 65-acre farm plot in Ohio. He is also the proud owner of a number of other houses around the United States.
Trivia
This famous American stand-up comedian has endorsed both Coca-Cola and Pepsi.
This stand-up comedian is an avid video-gamer and currently holds a ‘War of Witchcraft’ account.

See the events in life of Dave Chappelle in Chronological Order