(Actor & Singer Best Known for His Role of ‘Keith Partridge’ in the Musical Sitcom, ‘The Partridge Family’')

David Cassidy was an American actor, singer, and songwriter, who won the hearts of the millions during the early 1970s with his role of Keith Partridge in the musical sitcom, The Partridge Family. Born into a family of actors, he became interested in performing art at the age of three, which intensified as he moved with his father and step-mother to Los Angeles. Eventually at the age of 20, he was selected to play Keith Partridge and asked to join the studio ensemble as the lead singer. The sitcom became hugely popular, turning him into a teen-idol. Very soon, teenage girls were having his posters pinned on their bedroom walls, while his visage could also be seen on numerous pins, t-shirts, lunchboxes, and magazine covers. His concerts too were all sold out and the frenzy surrounding them made him give up his concert career and try to emerge as a respected singer. However, that never happened and his last words were "So much wasted time." Evelyn Ward
12th April In History
DID WE MISS SOMEONE?
CLICK HERE AND TELL US
WE'LL MAKE SURE
THEY'RE HERE A.S.A.P
Quick Facts 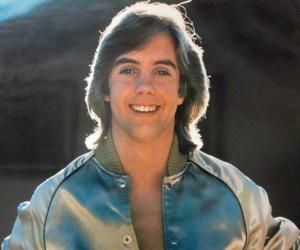 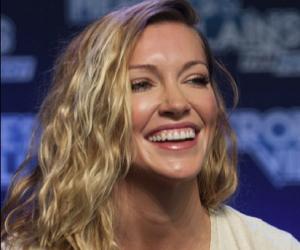 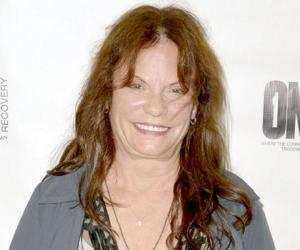 David Bruce Cassidy was born on April 12, 1950 in New York City, USA. His father, Jack Cassidy, was an award-winning actor, singer, and theatre director, while his mother, Evelyn Mae Ward, was also a popular actress known from her stage musical performances and television appearances.

While David was his parents’ only child, he had three half-siblings, Shaun, Patrick and Ryan, from his father’s second marriage to actress Shirley Jones. Among them, Shaun and Patrick later became well-known actors.

His parents were frequently on tours. Therefore, David spent his early years with his maternal grandparents in West Orange, a suburban township in New Jersey, continuing to live with him even after his parents’ divorce in 1956.

At the age of eight, he started learning guitar, piano, drums, and clarinet. At eleven, he moved with his father and step-mother to Los Angeles, where he was enrolled at Alexander Hamilton High School. He co-founding his first band, The Pains Of Glass, at fourteen.

Soon, he began to go wayward, stealing things including motorbikes on way from school, using them for few days before returning them. He also started using drugs, resulting in his expulsion from school.  Too young to legally drop out, he was then enrolled at a continuation school

David Cassidy soon convinced his parents to take him out of the continuation school and enroll him in Rexford High School. Since his new school allowed the students to express their individuality, he found it more acceptable and specially enjoyed its drama class, eventually graduating from there in 1968.

On graduating from school, David Cassidy moved to New York City, where he worked at a textile factory by day and took acting lessons by night. Eventually in January 1969, he made his professional debut with a Broadway musical called The Fig Leaves Are Falling. However, it closed only after four performances.

Although his debut show was a non-starter, his performance was noticed by a casting director, who advised him to appear for an audition. Consequently, he immediately moved back to Los Angeles and signed with Universal Studio. Shortly, he began to appear in small roles in various television series.

In 1969, he got his breakthrough when he was chosen to play Keith Partridge, the eldest son of the Partridge family in the eponymous musical sitcom, The Partridge Family. Shortly, his music talent was also discovered by the sitcom makers and he was asked to join the studio ensemble as the lead singer.

Their next album, Up to Date, was released in February 1971, yielding two more pop hits Doesn't Somebody Want to Be Wanted and I'll Meet You Halfway. Apart from performing as the lead singer, he also debuted as a songwriter in this album, co-writing Lay It on the Line with Wes Farrell.

In spite of the success, he did not earn any royalty from the recordings made in the first season. That was because he was only nineteen years old when he was signed to The Partridge Family and therefore was on a flat-rate contract with Columbia Pictures

In April 1971, soon after his twenty-first birthday and before the start of the second season, David Cassidy renegotiated his contract with the sitcom makers. The new contact not only included payment of royalties for sales of recordings and merchandise, but also allowed him certain degree of independence.

In August 1971, they released another of their hit albums The Partridge Family Sound Magazine. Its success inspired producer Wes Farrell to break Cassidy out as a solo star, eventually releasing his debut solo album, Cherish, in February 1972. It was followed in October with another solo album, Rock Me Baby.

By 1972, David Cassidy had become a teen idol. But instead of feeling elated he soon began to feel trapped by the mass hysteria surrounding his every mood. Girls were crazy about his good boy image and to change that he appeared nude on the cover of Rolling Stone in a cropped Annie Leibovitz photo.

Soon his solo career eclipsed the success of The Partridge Family—which ran from September 25, 1970 to March 3, 1974—producing several hit albums during its run.  Meanwhile, he also started giving live concerts in major arenas around the world and they too produced mass hysteria and even riots.

David Cassidy, who wanted to become a respected rock musician along the lines of Mick Jagger, was not happy about it. Nonetheless, he continued to give concerts until May 1974, when nearly 800 people were injured in a stampede at London's White City Stadium and resulted in the death of a fourteen years old girl.

He now decided to give up live shows and emerge as a serious actor and singer, appearing in several television productions, but was not as successful as he wished. In 1975-1976, he released three new albums. But they too did not chart in USA, indicating his fall from his super star status.

In 1980s and 1990s, he released seven more albums; but by then it was clear that his heydays are over. However, he continued to sing and act, his last role being that of Peter Coe in Last Woman Standing episode in CSI: Crime Scene Investigation (2013)

David Cassidy is best remembered for his role of Keith Partridge in the ABC musical sitcom, The Partridge Family. The hysteria that evolved around him during that period was of such intensity that critics started calling it "Cassidymania".

On April 3, 1977, David Cassidy married first wife, actress Kay Lenz. The marriage ended in a divorce on December 28, 1983, without producing any children.

Sometime around 1986, he developed a relationship with fashion model Sherry Williams, with whom he had a daughter, Katherine Evelyn Anita Cassidy. Born out of wedlock on November 25, 1986, Katie was raised by her mother and stepfather.

In later years, Cassidy developed dementia and could not remember the songs he had sung for fifty years. He also suffered from liver and kidney failure, eventually dying of liver failure on November 21, 2017, at the age of 67.

See the events in life of David Cassidy in Chronological Order