(Writer, Director, and Producer Best Known as the Co-Creator of the Series ‘Game of Thrones’)
Advanced Search

David Benioff is a showrunner, screenwriter, TV producer, and author from America. Along with Daniel Brett Weiss, he has developed and serves as the showrunner of HBO’s incredibly popular and widely acclaimed fantasy drama series ‘Game of Thrones’. A native of New York, Benioff was initially interested in pursuing a career in academia. During his time at Trinity College Dublin, he became acquainted with Weiss, his future writing and producing partner. After deciding to become a writer, he participated in the Creative Writing Program at the University of California Irvine. His first novel, the crime-drama ‘The 25th Hour’, was published 2001. He followed it up by releasing a short-story collection named ‘When the Nines Roll Over (and Other Stories)’, in 2004 and his second novel ‘City of Thieves’ in 2008. In 2002, he worked closely with director Spike Lee on the cinematic adaptation of his debut novel. He has also written screenplays for films like ‘Troy’, ‘The Kite Runner’, and ‘X-Men Origins: Wolverine’. For ‘Game of Thrones’, Benioff has received five Primetime Emmy Awards and two Hugo Awards. 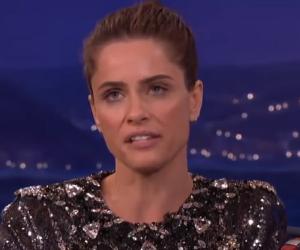 American People
T V & Movie Producers
American Men
Dartmouth College
Trinity College Dublin
Childhood & Early Life
Born David Friedman on September 25, 1970, in New York City, New York, USA, David Benioff is the youngest of three children of Barbara (née Benioff) and Stephen Friedman, who used to be the head of Goldman Sachs. His family is Jewish. He has two older sisters, Caroline and Susan.
He began using his mother’s maiden name after he found out that there were other writers named David Friedman. He studied at The Collegiate School and Dartmouth College, earning his graduate degree in 1992. He held several jobs during this period, including as a club bouncer in San Francisco and an English teacher/wrestling coach at Poly Prep in Brooklyn, New York City.
Wanting to have a career in academia, Benioff relocated to Ireland to join a year-long program on Irish literature at Trinity College Dublin in 1995. There, he did a thesis on Samuel Beckett. During this period, he met Weiss and eventually decided to become a writer.
Continue Reading Below
You May Like

Who Is The Most Popular BTS Member?
Career
After returning to US, David Benioff lived in Moose, Wyoming for about a year. This served as a writer’s retreat, while he supported himself by doing a side job as a radio DJ. He subsequently enrolled in the Creative Writing Program at the University of California Irvine, earning a Master of Fine Arts degree in creative writing in 1999.
It took him two years to finish his debut novel, ‘The 25th Hour’, which was published through Plume publishers in 2001. By then, Benioff was already working on a screenplay based on the book. The resulting film, ‘25th Hour’, premiered in December 2002. Directed by Spike Lee, the movie starred Edward Norton, Philip Seymour Hoffman, and Rosario Dawson.
Benioff published his short story collection, titled ‘When the Nines Roll Over (and Other Stories)’, in 2004 through Viking Books. His second novel, ‘City of Thieves’, was also put out through Viking Books in 2008.
Following the success of ‘25th Hour’, Benioff received $2.5 million to develop the screenplay of ‘Troy’, a mythological war film based on the Greek Epic Cycle, for Warner Bros. Pictures. Directed by Wolfgang Petersen, the film was released in 2004. His next screenplay was for the psychological thriller ‘Stay’ (2005).
Benioff was nominated for a BAFTA and a Golden Globe for the screenplay of ‘The Kite Runner’ (2007), which he developed from Khaled Hosseini’s 2003 novel of the same name.
He worked with Hugh Jackman on the first version of the script for the superhero film ‘X-Men Origins: Wolverine’ (2009). He also wrote the script for another film released that year, the war-drama ‘Brothers’.
Benioff is one of the writers involved with Will Smith’s upcoming film ‘The Gemini Man’. He and Weiss will be writing and producing a new series of Star Wars films for Disney. They are also developing their next HBO series ‘Confederate’. Furthermore, they will serve as producers on all the upcoming ‘Game of Thrones’ spin-offs.
Major Works
George R. R. Martin had declined several offers of turning his fantasy book series ‘A Song of Ice and Fire’ into films before David Benioff and Weiss approached him with the idea of making an HBO show. ‘Game of Thrones’ is by far the most popular TV show on television today. The eighth and final season is currently airing. Benioff and Weiss have directed the series finale, which will air on May 19, 2019.
Family & Personal Life
In 2001, David Benioff was featured on the ‘People’ magazine’s list of America's Top 50 Most Eligible Bachelors.
He and actress Amanda Peet dated for about four years before getting engaged in 2005. On September 30, 2006, the couple tied the knot in a ceremony hosted at Peet’s alma mater, Friends Seminary in New York City, New York.
At the wedding, Peet was already pregnant with their first child. On February 20, 2007, their daughter Frances Pen was born. She was followed by her sister Molly June, who was born on April 22, 2010. The couple welcomed their youngest, a son whom they named Henry, into the world in 2014. The family splits their time between their homes in Manhattan and Beverly Hills.

See the events in life of David Benioff in Chronological Order