Advanced Search
Dan Horton is an American monitor engineer who works in business development, consulting, and audio engineering. He has his own audio engineering and consulting group and has also worked with several reputed artists like Lenny Kravitz, Jay Z, Justin Timberlake, Bruno Mars, Camila Cabello, Lady Gaga and Luis Miguel. He mixed monitors for Roger Waters at 'The 12-12-12 Benefit Concert' at Madison Square Garden for Sandy Relief. For more than two and a half years, he worked on NBC's 'The Tonight Show Starring Jimmy Fallon'. He has worked for the Trans-Siberian Orchestra, at the 'Glee Live! In Concert!, and at 'The Legends of the Summer Stadium Tour'. He also served as an Account Executive for Clair Global for over a year. He recently made news headlines for his rumored romantic involvement with Lady Gaga. Mo Ibrahim
DID WE MISS SOMEONE?
CLICK HERE AND TELL US
WE'LL MAKE SURE
THEY'RE HERE A.S.A.P
Quick Facts

American People
Male Engineers
American Engineers
Rise to Stardom
While Dan Horton is a known face in the American music industry, he suddenly surfaced on the media in late July 2019 after 'People' magazine posted photographs of Lady Gaga locking lips with the monitor engineer as the two enjoyed a brunch date at Granville restaurant in Studio City, California. Citing multiple eye witnesses, the media outlet reported that the two "appeared to be more than friends and were seen smooching multiple times while dining". According to the report, they had a table in the front near the sidewalk and were "clearly okay with being seen".
This came at a time when the internet was ripe with speculations about the personal life of Lady Gaga, after she called off her engagement to Christian Carino in February 2019 and was developing a close relationship with her 'A Star Is Born' co-star Bradley Cooper. While she was maintaining a low profile for some time, this particular incident put the rumors of her dating Cooper to rest, and at the same time sparked renewed interest among her fans about her new man, Horton.
The media went into a frenzy trying to unearth their past history to confirm if they were indeed dating. Soon after, she posted an image from the dinner on her Instagram, tagging Horton with the caption "The @dhortonaudio special", accompanied with love emojis. Interestingly, this has not been the first time Horton has been romantically involved with a celebrity. He was previously married to actress Autumn Guzzardi.
Continue Reading Below
Professional Career
According to Dan Horton's LinkedIn profile, he works in business development, consulting, and audio engineering. He founded his own audio engineering and consulting group in April 2000, and through it, provides services such as mixing, mastering, producing and audio engineering. Starting in October 2011, he served as a monitor engineer for Trans-Siberian Orchestra in New York for four months. He then did the same for Glee Live! In Concert! in Los Angeles from May to July that 2011.
For his next assignment as a monitor engineer, he worked for singer-songwriter Lenny Kravitz in the Greater Los Angeles Area from August 2011 to December 2012. It was followed by a short one month stint with songwriter Roger Waters in December 2012, during which he mixed monitors for him at 'The 12-12-12 Benefit Concert' at Madison Square Garden for Sandy Relief.
In January 2013, he began working with singer-songwriter Justin Timberlake, which he continued to do more than one and a half year. Between June and August 2013, he worked for Justin Timberlake and Jay Z's co-headlining concert tour 'The Legends of the Summer Stadium Tour' as well. In September 2014, he got the opportunity to work in the monitor mixing and audio advance department of 'The Tonight Show Starring Jimmy Fallon' on NBC. He worked there till April 2017. Starting in February 2017, he worked as an Account Executive for Clair Global for over a year. In 2018, he worked as a monitor engineer for artists, such as Luis Miguel, Bruno Mars and Camila Cabello, before he began working with Lady Gaga in late 2018.
Family & Personal Life
Not much is known about Dan Horton's personal life except that he is based in Nashville, Tennessee, United States. He studied Business Entrepreneurship at the San Francisco State University.
Dan Horton's first marriage was to actress Autumn Guzzardi, who is currently starring in the off-Broadway musical 'Rock of Ages'. They got married in 2013, and based on social media foot prints, their relationship went downhill sometime in 2016. She first filed for divorce citing irreconcilable differences on February 27, 2018 and they reached a Marital Dissolution Agreement on April , 2017.
Horton and Lady Gaga, both of whom are single right now, have not made any official statement about their relationship as of yet. 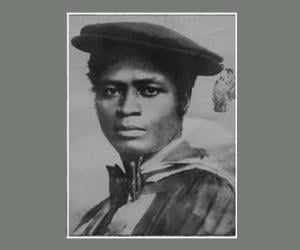 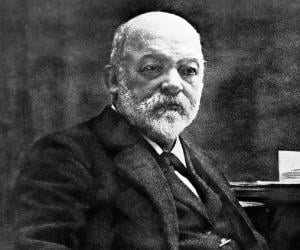 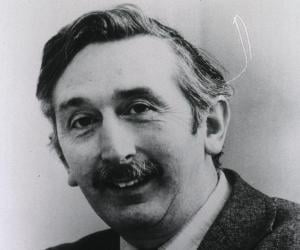