Dak Prescott is an American football quarterback who plays for the ‘Dallas Cowboys’ in the ‘National Football League’ (NFL). Born and raised in Louisiana, Dak always loved playing football. He had inherited the love for the game from his mother and was a star in his high-school football team. He played a crucial role in ‘Haughton High School’s 2010 ‘District 1-AAAA’ title win. He enrolled at the ‘Mississippi State University’ and carried his stardom to college, too. He made several records while playing for the ‘Mississippi State Bulldogs.’ By the end of his term with the university, he had played in 49 games and had scored 70 touchdowns. He was selected by the ‘Dallas Cowboys’ in the fourth round and played 16 games for them as a rookie. He ended his first year with 23 touchdowns, and in his second season, he scored 22 touchdowns. In 2016, he won honors such as the ‘NFL Rookie of the Year’ and the ‘Offensive Rookie of the Month.’ He also featured in the ‘Pro Bowl.’ He reached number 14 on the list of the ‘NFL Top 100 Players of 2017.’ JuJu Smith-Schu...
29th July In History
DID WE MISS SOMEONE?
CLICK HERE AND TELL US
WE'LL MAKE SURE
THEY'RE HERE A.S.A.P
Quick Facts

American People
Black American Football Players
American Men
Tall Celebrities
Tall Male Celebrities
Childhood & Early Life
Dak Prescott was born on July 29, 1993, to Nathaniel and Peggy Prescott. He was the youngest of the three boys in the family. He also had an older sister and an older half-brother. Peggy Prescott was a single mother and raised all three of her children by herself. She drove trucks to make ends meet.
Dak has been extremely close to his mother ever since he was little. He and his mother shared the same bedroom until he was in middle school. Even after his older brothers went to college and spared a room for him, he chose to sleep with his mother. He also got homesick whenever he went away from his house for a few days.
He frequently visited his grandparents’ home. His grandfather was a school principal.
Dak’s mother was an ardent fan of football. She had a football tattooed on her arm, with the number three written inside it, symbolizing her three sons. She inspired her sons to develop a fascination for the game. They played in their backyard along with their mom. At times, the neighbors, too, joined the family.
Dak joined ‘Haughton High School’ and quickly became a star player of the high-school team. His performance made all the difference when ‘Haughton High’ ended up winning the 2010 ‘District 1-AAAA Championship.’ Following his high-school graduation, Dak enrolled at the ‘Mississippi State University’ and joined the football team there, too.
Continue Reading Below
College Career
After receiving the redshirt in 2011, Dak officially became their team member in 2012. He played in 12 games during the 2012 season and scored 4 touchdowns, with zero interceptions.
He got enough opportunities in the next season and performed according to expectations. He played in 11 games and finished 156-of-267 passes for 1,940 yards. Additionally, he also managed to attain 10 touchdowns and 7 interceptions.
During the 2013 ‘Liberty Bowl,’ he was named the ‘Most Valuable Player’ (MVP). By the end of the season, he had the fouth-highest number of touchdowns. His exceptional performances did not go unnoticed, and he was named to the 2013 ‘SEC Fall Academic Honor Roll.’
He began as a full-time starter in the 2014 season and became a key player of his team. During the entire season, he broke 10 school records. He was named the ‘SEC Offensive Player of the Week’ thrice and the ‘Manning Award Player of the Week’ five times.
Toward the end of the season, he won the ‘Conerly Trophy’ and was in the final run for the ‘Johnny Unitas Golden Arm Award,’ the ‘Manning Award,’ and the ‘Maxwell Award.’ He began 2015 as a candidate for the ‘National Player of the Year’ award.
During the 2015 season, he became the fourth player in FBS history to pass for 60 touchdowns and rush for 40. He won several honors throughout the year and established himself as an attractive pick for the upcoming ‘NFL Draft.’ He ended the 2015 season with 29 passing touchdowns and 10 rushing touchdowns. By the end of his college term, he held 38 school records.
Professional Career
He was picked up by the ‘Dallas Cowboys’ in the fourth round, as the 135th overall pick, and played only the first game of the season in September. Dak started slow, but his performance eventually picked up pace. In the ninth week, he played a key role in his team’s win over the ‘Cleveland Browns.’
His excellent performance in the month of November earned him his first professional ‘Rookie of the Month’ honor. The ‘Cowboys’ performed well consistently during the season, and Dak continued to contribute to their victories. The team reached the regular season finale and lost to the ‘Philadelphia Eagles.’ Dak performed below his usual standards in the finals.
During his rookie season, Dak played in 16 games and scored 29 touchdowns. He was ranked fourth among quarterbacks in 2016. The team won the ‘NFC East’ title. By the time the season ended, Dak started receiving praises for his performance. He was named the ‘NFL Offensive Rookie of the Year.’ He reached number 14 on the list of the ‘NFL Top 100 Players of 2017.’
Toward the beginning of 2017 season, Dak performed unevenly but picked up pace as the season progressed. His team performed badly and experienced a few losing streaks throughout the season. The team, however, managed to keep their hopes alive for the playoff season but not for long. They lost to the ‘Seattle Seahawks’ in a Christmas Eve match. This loss cost the team a postseason contention.
Despite the team performing below expectations, Dak had a fairly good season. He played in 16 games and recorded 3,324 passing yards, 28 touchdowns, and 13 interceptions.
Personal Life
Dak Prescott had been extremely close to his mother till her death. While in college, he spoke to his mother over the phone every day. In November 2013, his mother passed away after a long struggle with colon cancer.
Dak has established the ‘Faith Fight Finish Foundation,’ a group that helps financially challenged cancer patients. .
His older brother, Jace, has also tried playing football but never made it out of college football. He has played as an offensive lineman for ‘Northwestern State University.’

See the events in life of Dak Prescott in Chronological Order 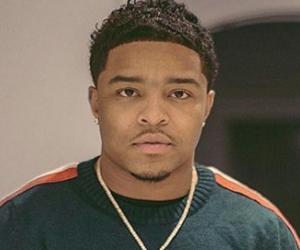