Most acclaimed for playing Miranda Hobbes, the career-minded and cynical lawyer in the HBO series, ‘Sex and the City’, actress Cynthia Nixon is a famous theater, television and film actress. Following the success of the HBO series, movies based on the concept followed in which she reprised her role of Miranda. Lanky, slim and with short blonde hair, Cynthia may not be a beauty in the traditional sense, but then it is her unconventional looks that lends itself perfectly to make her the great character actress that she is. Born to an actress and radio journalist, it is no surprise that she herself decided to enter the show business. Known for her tremendous confidence which she inherited from her parents, she is someone who believes in following her heart come what may. She began acting along with her mother when she was just 12. Being the daughter of an actress made it easier for her to acquire roles initially but it was her pure talent and hard work that paved the way for further success. She began appearing in movies, television and theatrical productions as a teenager. Diagnosed with cancer at the prime of her career, she bravely fought the disease to emerge a winner. 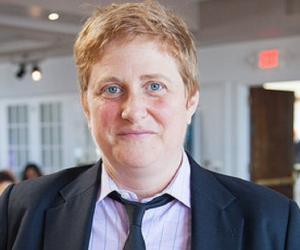 American People
Activists
American Women
New Yorkers Actresses
Aries Actresses
Childhood & Early Life
She was born to Anne Knoll and Walter Nixon in New York City. Her mother was an actress while her father was a radio journalist.
She went to Hunter College High School before joining Barnard College. She studied with Semester at Sea in 1986. 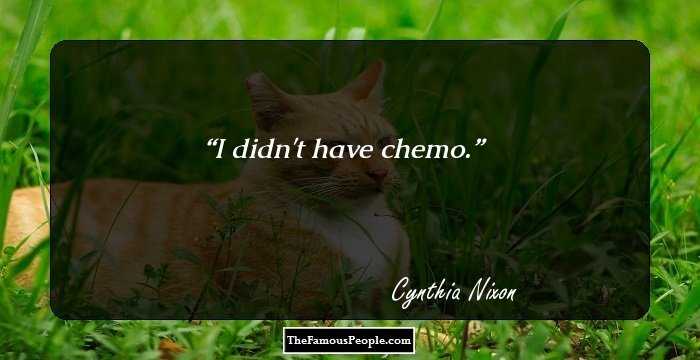 Quotes: Me, Friends
Continue Reading Below
You May Like

Who Is The Most Popular BTS Member?
Career
She first appeared as an imposter on the television game show, ‘To Tell the Truth’ where her mother worked. Her first acting role was at the age of 12 in the ABC Afterschool Special, ‘The Seven Wishes of a Rich Kid’ in 1979.
In 1980 she made her film debut in ‘Little Darlings’ in which she played the role of Sunshine. The film also had other teen actresses like Kristy McNichol and Tatum O’Neal.
She appeared in two of Mike Nichols’ hit Broadway plays in 1984 while she was still a college student. The plays were ‘The Real Thing’ and ‘Hurlyburly’.
After playing small roles in films she landed in a major supporting role in the movie, ‘The Manhattan Project’ in 1986 in which she helps her boyfriend in building a nuclear bomb.
In 1988, she appeared in the two-part TV miniseries ‘The Murder of Mary Phagan’, which is the story of a factory worker who is accused of murdering a 13 year old girl.
She played Donna in the 1991 miniseries ‘Love, Lies, and Murder’ which was based on the murder of Linda Bailey Brown. The series was aired in two parts.
She played a role in the legal crime thriller ‘The Pelican Brief’ in 1993 which was based on a novel of the same name by John Grisham. The movie had Julia Roberts and Denzel Washington in the lead roles.
In 1996, she appeared in the drama film, ‘Marvin’s Room’ which was about a family whose members get estranged from each other over time but reunite when a tragedy strikes.
The year 1998 was a lucky one for the actress as she got the opportunity to act as Miranda Hobbes in the HBO sitcom ‘Sex and the City’. Her role as a career-driven lawyer who is skeptical towards men was much loved by the audiences. The series ran till 2004.
Continue Reading Below
She portrayed Mrs. Piggee in the 2002 comedy drama, ‘Igby Goes Down’ which follows the life of Igby Slocumb, a rebellious teenager who tries to break free of his controlling mother.
In 2005, she portrayed Eleanor Roosevelt in the television film, ‘Warm Springs’ which was about the U.S. President Franklin D. Roosevelt’s struggle with polio. The title refers to Warm Springs at Georgia Spa resort which the president wants to convert into a center for polio victims.
Along with Alec Baldwin, Rory Culkin, and Emma Roberts, she starred in the independent comedy drama ‘Lymelife’ in 2009 which depicts the life in the Long Island from the perspective of a teenager.
She acted in the eight episodes television miniseries ‘World Without End’ in 2012 which was based on the novel of the same name by Ken Follett. It chronicles the events in a fictional English town during the Hundred Years’ War. 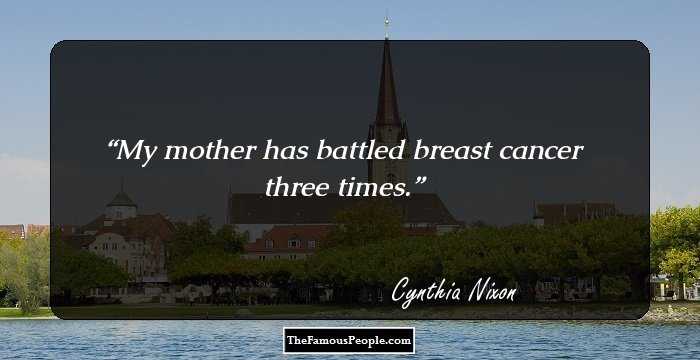 Major Works
She is best known for playing Miranda Hobbes, a successful lawyer who is cynical of men in the HBO series ‘Sex and the City’. This role made her a really popular actress and won her several awards and nominations.
Awards & Achievements
She won the Primetime Emmy Award for Outstanding Supporting Actress in a Comedy Series in 2004 for her role as Miranda Hobbes in the HBO series ‘Sex and the City’. She had also won the Screen Actors Guild Award for Outstanding Performance by an Ensemble in a Comedy Series for the same role in 2001 and 2003. 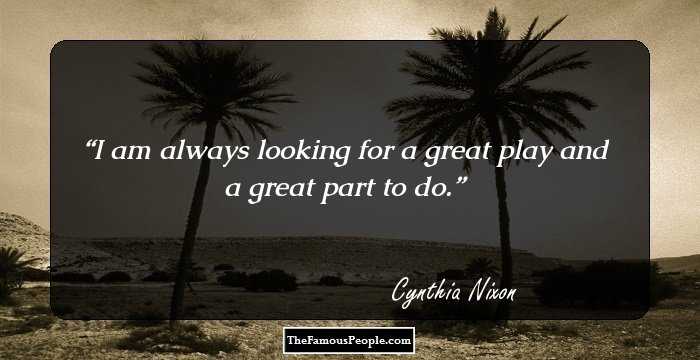 Personal Life & Legacy
She was in a long-term relationship with Danny Mozes, a school teacher, from 1988 to 2003. They had two children.
Nixon, who is bisexual, entered into a relationship with Christine Marinoni, an education activist in 2004 and married her in 2012. The couple has one son.
She was diagnosed with breast cancer in 2006, a fact she revealed after she was cured in 2008. Today, she is a breast cancer activist.

Quotes By Cynthia Nixon | Quote Of The Day | Top 100 Quotes

See the events in life of Cynthia Nixon in Chronological Order