Cory Cotton is an American YouTuber known for his collaborative YouTube channel Dude Perfect, which he runs with his brother and three friends. His hugely popular YouTube channel is a platform for sports and entertainment and specializes in trick shots and comedy. The multi-talented Cory is a writer as well and has written the book ‘Go Big’. Started in 2009, his YouTube channel went viral after he released a video on a basketball shot, which garnered a good number of likes and shares. Although mainly a sports channel, their content also includes comedy/satire videos, videos in a talk show parody format, etc. which add variety to the channel. The group, which has several Guinness World Records to its credit, has also launched mobile games. 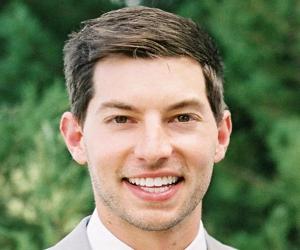 Emma Chamberlain
Vloggers #867
Instagram Stars #95
Continue Reading Below
17th July In History
DID WE MISS SOMEONE?
CLICK HERE AND TELL US
WE'LL MAKE SURE
THEY'RE HERE A.S.A.P
Quick Facts

American Vloggers
American YouTubers
Cancer Men
All the founders of the channel are former high school basketball players and were roommates at Texas A&M University. The team regularly uploads content, which consists of videos of trick shots and stunts put together with background music. They also upload videos of good-natured game "battles" between the individuals, and videos on creative spins of different sports with unique rules. In addition, they upload videos called ‘Stereotypes’, which are series of short comedy/satire clips enacted by the team members.
Their series ‘Overtime,’ which are videos in a talk show parody format, was started in January 2018. It has already become very popular. Their videos featuring basketball games played in their backyard, which were recorded and uploaded, received 200,000 views within a week. Their trick shot video on Sky Ranch has received over 18 million views. The group announced that for every 100,000 views the video receives, they would sponsor a child from Compassion International. In 2011, the team launched a self-titled mobile game, which was followed by the release of the games Dude Perfect 2, Endless Ducker and That's Lit.
The group has several Guinness World Records to its credit. Dude Perfect is the 6th most-subscribed channel on YouTube and the most subscribed channel in the United States. It also holds the honor of being the most subscribed sports channel on YouTube. In 2009, the group had set the world record for the longest basketball shot. In 2018, the team broke the record for the longest barefoot lego walk and the longest pea blow in one breath in the show ‘Overtime’.
The Dude Perfect group was selected for a television series on CMT titled ‘The Dude Perfect Show’, which began airing in 2016. The season 2 of the show was aired on Nickelodeon channel.
You May Like

The Best Black Actresses Of All Time
Continue Reading Below
Personal Life
Cory Cotton was born on July 17, 1987, in The Woodlands, Dallas, Texas, the United States. He has a twin brother Coby Cotton. Cory attended Texas A&M University from 2006 to 2010, and graduated with a bachelor’s degree in speech communications. He is married to Amy Cotton.