Cody Carson is the lead vocalist of one of the most popular American rock bands ‘Set It Off’. Let’s take a look at his childhood, family, music career, achievements, life facts etc. DID WE MISS SOMEONE?
CLICK HERE AND TELL US
WE'LL MAKE SURE
THEY'RE HERE A.S.A.P
Popularity Index
Singers #1592
Cody Carson
Quick Facts 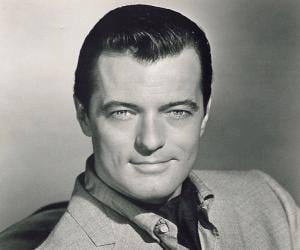 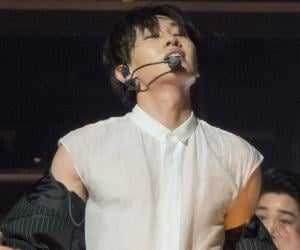 Mariah Carey
Cody Carson is the lead vocalist of one of the most popular American rock bands ‘Set It Off’. The band has created sensation in the world of music since the release of its first extended play, ‘Baby, You Don't Tripajaharda’. Cody is also a professional clarinet player and plays for the band as and when required. Apart from being the lead singer, Cody is also the band’s lead pianist. He is the former lead rhythm guitar player of ‘Set It Off’. Cody launched the band along with his guitarist friend Dan Clermont in 2008. Cody is also active on social media platforms and has his own YouTube channel. His channel, ‘rockmaniac89’, has over 100,000subscribers. Cody’s band has played in more than 22 concerts with almost all of them being sellouts. ‘Set It Off’ is currently working on its next EP which is expected to hit the market in the next couple of years. American Singers
Capricorn Singers
Capricorn Men
Personal Life
Cody Carson was born on January 9, 1989 in Tampa, Florida, US into a family of classical musicians. He grew up along with his sister Cambia. Cody went to a local high school in Tampa.
He majored in orchestral arts from Oberlin Conservatory of Music in Ohio. While pursuing his higher education, Cody opted to drop out in order to devote more time to his band ‘Set It Off’.
Continue Reading Below
You May Like

Famous Beautiful Women With Green Eyes
Career
Cody began his career in music in the year 2000. He followed the footsteps of his father and started playing instruments in orchestras. He started off as a clarinet player as he had completed his clarinet lessons which he had started during his high school days. Since Cody was already pursuing a career in music, it only made sense for him to choose arts for his college education.
While pursuing his Bachelor’s degree, Cody performed with many popular bands. Right after completing his first year in college, he got a chance to perform with the band ‘All Time Low’. The show was a hit and Cody’s performance was praised by one and all. That was when he realized that he can make a career out of rock music.
Cody belonged to a family which advocated classical music. Hence, he had difficulties in explaining rock music to his family, especially to his father. Unfortunately, Cody’s idea was not well-received by his family as they wanted him to stick to conventional music.
Cody then started to chalk out a plan to step into the world of rock music. He discussed his plans with his friend, Dan Clermont. Cody and Dan had already formed a band when they were studying in their high school and had performed locally on several occasions.
Cody and Dan came across another duo that had formed an amateur punk band. Austin M. Kerr and Zach DeWall were the members of the punk band and they eventually collaborated with Cody and Dan to form a new band. Thanks to the YouTube channel which Cody had created in 2006, the newly formed band found some music lovers who were ready to lend their ears.
Cody already had a huge fan base as he had displayed his skills as a clarinetist through his YouTube channel. He also requested ‘All Time Low’, the band for which he was playing earlier, to post some of the videos in which he had exhibited his skills, on his channel. By now, his channel, ‘rockmaniac89’, had already garnered close to 100,000 subscribers which helped the newly formed band to promote its talent.
On July 26, 2008, ‘Set It Off’ came into existence. The initial days were difficult as Cody and his fellow musicians struggled to earn enough money for the release of their debut extended play. After a few months of struggle, the band finally released its first EP, ‘Baby, You Don't Tripajaharda’, on October 31, 2008.
Within a few days from the release of his first EP, Cody suffered a huge setback as he lost his father who was suffering from mouth cancer for a long period of time. Cody was devastated to such an extent that he lost interest in making a career out of music. But it was his father’s encouraging note which he had left behind for his son that motivated Cody to make a comeback.
‘Set It Off’ then released its next EP, ‘Calm Before the Storm’, on May 16, 2009. The next year, the band released its hit single ‘Hush Hush’. On July 19, 2011, the band signed a contract with one of the top music record labels‘Equal Vision Records’. A few months later, Cody announced the details of his band’s first labeled album, ‘Horrible Kids’. The album had elements of all the emotions and experiences that he and his fellow band members had while growing up. The album was a smash hit and made it to the list of 100 Alternative Albums on iTunes.
The band’s first full-length extended play, ‘Cinematics’, was released in July 2012. This album is very close to Cody’s heart as it includes a track titled ‘Daddy’s Song’ which he composed in the loving memory of his father. In 2014, Cody released the second labeled EP, ‘Duality: Stories Unplugged’, which secured a position in Billboard top 100. A year later, the band set out on its most popular tours of them all, ‘Vans Warped Tour '15’. On October 7, 2016, Cody released the third album, ‘Upside Down’, which surpassed ‘Duality’ in terms of sales.

See the events in life of Cody Carson in Chronological Order 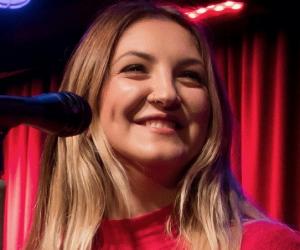 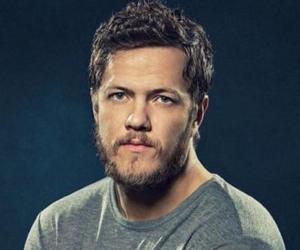 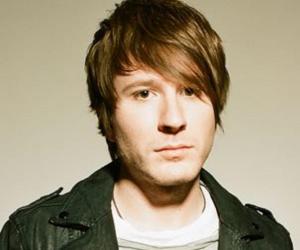