(Known for Her Performance in TV Series 'Homeland')

Claire Danes is an award-winning stage and film actress. She has starred in a number of films, TV shows, and stage productions. She is best-known for her much lauded performance as ‘Angela Chase’ in the hit ABC series ‘My So Called Life.’ It was followed by a successful film career where she has starred in a number of challenging roles and interesting projects, including ‘Romeo + Juliet,’ ‘Brokedown Palace,’ and ‘The Hours.’ Apart from her successful film career, she has achieved considerable success on TV as well. A resident of Manhattan, New York, Claire was an arts aficionado, known for her passion for performing arts. She enrolled in a performing arts school, which changed her life forever. With the support of her parents, she dabbled with television roles and managed to complete her education at the same time. Though the show ‘My So Called Life’ did not become famous, she managed to catch the attention of critics and audience with her chirpy on-screen presence and performance. At the peak of her career, she was romantically linked with a number of co-stars. She is married to actor Hugh Dancy with whom she has two children. Jennette McCurdy
12th April In History
DID WE MISS SOMEONE?
CLICK HERE AND TELL US
WE'LL MAKE SURE
THEY'RE HERE A.S.A.P
Quick Facts 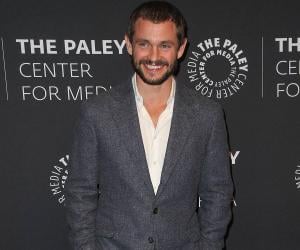 Claire Catherine Danes was born on April 12, 1979, in Manhattan, New York City, New York, USA, to Carla and Christopher Danes. Her mother worked as a day-care provider and designer, while her father was an architectural photographer and computer consultant. She has an elder brother, Asa.

She enrolled in ‘Dalton School.’ After realizing her love for performing arts, she studied at the ‘Professional Performing Arts School’ and completed high school from ‘Lycee Francais de Los Angeles.’

She joined ‘Yale University’ in 1998 to study psychology, but dropped out after two years. She then decided to pursue acting. 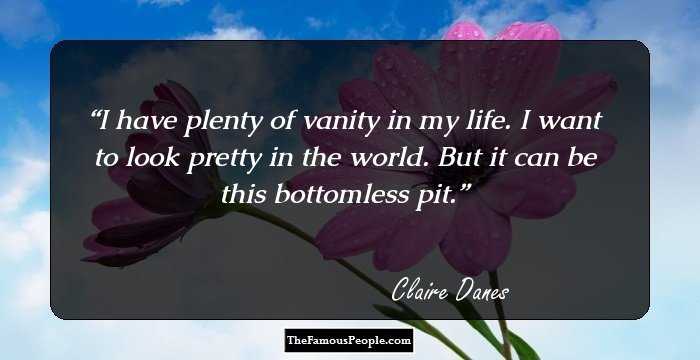 Her acting career took off when she landed a small role in one of the episodes of the popular American show ‘Law & Order.’ She then appeared in ‘Lifestories: Families in Crisis,’ which was filmed when she was just 13.

Her first major breakthrough came when she played ‘Angela Chase’ in the hit television drama series ‘My So Called Life.’ She was nominated for numerous awards and won the prestigious ‘Golden Globe Award’ for her role in the series.

In 1994, she made her film debut in ‘Little Women’ where she appeared alongside Winona Ryder, Christian Bale, and Kirsten Dunst.

In 1995, she appeared in ‘How to Make an American Quilt.’ In 1996, she landed the lead role of ‘Juliet’ in ‘Romeo + Juliet,’ appearing opposite Leonardo DiCaprio.

She landed a major role in ‘The Rainmaker’ in 1997 and also starred in ‘Les Miserables’ the next year. She then put her acting career on hold for a few years to pursue a course in psychology at the ‘Yale University’ in 1998.

Her comeback movie was ‘The Hours’ (2002). A year later, she co-starred in ‘Terminator 3: Rise of the Machines.’ She then continued to appear in several films, including ‘Shopgirl,’ ‘Evening,’ ‘Stardust,’ and ‘Temple Grandin.’

In 2011, she returned to the world of television with another hit American series ‘Homeland’ where she played the role of a CIA agent named ‘Carrie Mathison.’ She earned numerous awards and accolades for her role. The series aired its final and eighth season in February 2020.

The actress is also active in the theatre circuit and has appeared in many plays, including ‘The Vagina Monologues,’ ‘Christina Olson: American Model,’ ‘Edith and Jenny,’ and ‘Dry Powder.’ She made her Broadway debut in 2007, playing the role of ‘Eliza Doolittle’ in George Bernard Shaw’s ‘Pygmalion.’ 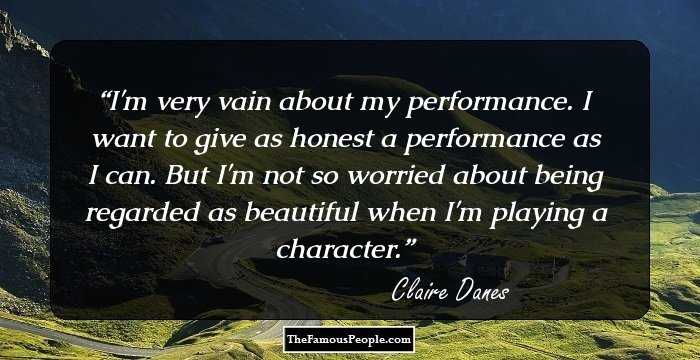 ‘My So Called Life’ was a popular, short-lived American teen TV series, which ran from 1994 to 1995. Danes received accolades for her performance as ‘Angela Chase.’ The show was listed in ‘Time’ magazine’s ‘100 Best TV Shows of All-TIME.’ The series was ranked 16th in the ‘Top 25 Cult Shows Ever’ list.

Her performance as ‘Carrie Mathison’ in ‘Homeland’ earned her a great reputation in the world of television and won her a number of awards and nominations, including an ‘Emmy Award’ for ‘Outstanding Lead Actress in a Drama Series.’ The final episode of season 1 of the series had a total of 1.7 million viewers, making it the ‘most-watched finale’ of any first year Showtime series.

She won the ‘Golden Globe Award’ for ‘Best Actress’ for the series ‘My So-Called Life’ in 1994.

She won the ‘Blockbuster Entertainment Award’ for ‘Favorite Actress’ for her role in ‘Romeo + Juliet’ in 1997.

For her performance in 'Homeland,' she won two 'Emmy Awards' and two 'Golden Globe Awards.'

She was honored with a star on Hollywood Walk of Fame in 2015. 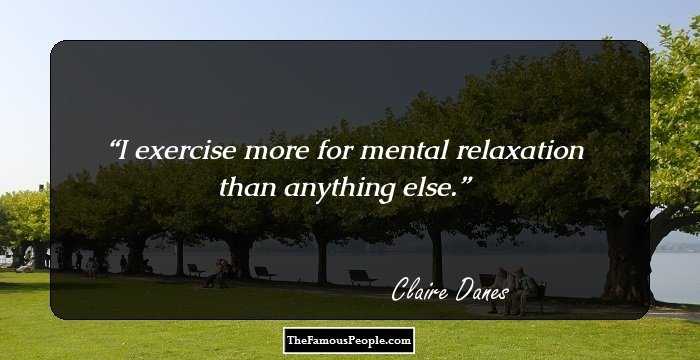 The actress was in a relationship with American actor Billy Crudup from 2003 to 2006.

This award-winning television and film actress auditioned for the role of ‘Rose’ in James Cameron’s ‘Titanic.’ She was the director’s first choice as she had the perfect combination of innocence and beauty.

This actress was named Harvard University’s ‘Hasty Pudding Woman of the Year’ in 2012.

For her belittling remarks on the Republic of Philippines, Danes was condemned by the president of Philippines and her movies were banned. She was declared persona non grata in 1998.

Quotes By Claire Danes | Quote Of The Day | Top 100 Quotes

See the events in life of Claire Danes in Chronological Order