Cindy Frey, née Millican, is an American dancer and choreographer. She is the widow of Glenn Frey, the singer-songwriter, musician, actor, and one of the founding members of the legendary rock group Eagles. Not much is known about her early life and upbringing. She received dance lessons since she was quite young and became active as a performer in the 1980s. Cindy even portrayed a dancer in the 1987 science fiction thriller film ‘The Running Man’. At some point, she met Frey, and a relationship soon developed between the two. They got married in June 1990 and went on to have two sons and one daughter together. Frey passed away in 2016 at the age of 67. Cindy subsequently had to assume the duties of the executor of his estate. In January 2018, she filed a wrongful-death lawsuit against Frey’s gastroenterologist, Dr. Steven Itzkowitz, for being negligent in treating Frey for his ulcerative colitis in 2015. 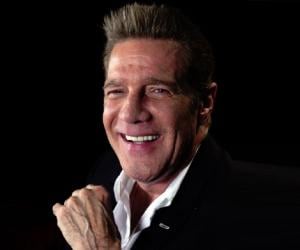 Ashley Biden
Childhood & Early Life
Cindy Millican was born in 1967 in the United States of America. Little else is known about her childhood.
You May Like

The Hottest Male Celebrities With The Best Abs
Continue Reading Below
Career
Cindy has always been interested in performing and took dance classes when she was young. She began her career as a performer in the 1980s and later became a choreographer.
In 1987, she made her first and only cinematic appearance in Paul Michael Glaser’s directorial venture, ‘The Running Man’. The film’s script was written by Steven E. de Souza and is based on Stephen King’s 1982 novel of the same name (published under the pseudonym, Richard Bachman). Starring Arnold Schwarzenegger, María Conchita Alonso, Yaphet Kotto, Jesse Ventura, and Richard Dawson, the film revolves around a wrongly convicted man (Schwarzenegger), who ends up competing in an execution gauntlet formatted as a game show. Cindy was predictably hired to play a dancer in the film.
Advocacy
Cindy has been diagnosed with lupus, a systematic autoimmune disease which causes the patient’s immune system to attack their own tissues and organs. This, in turn, results in inflammation affecting various parts of the body, like the joints, skin, kidneys, blood cells, brain, heart and lungs. She and her husband had tirelessly worked to raise awareness about the condition and have contributed both money and time to the cause. They were affiliated with a charity organisation called Lupus LA, as per its newsletter. Dr. Daniel Wallace, who founded Lupus LA, is her physician and has been treating her for years for the disease. In 2013, she stated the following about him, “I am so grateful to Dan for helping me to navigate through this devastating illness.”
In 2013, she was included in fashion designer Donna Karan’s Ambassador Program, for which Karan chooses prominent customers from all over the globe to serve as representatives for her philanthropic side. These representatives or ambassadors then organize seasonal trunk shows and events in their respective markets, with charitable awareness and fund-raising being significant parts of it. Cindy held a Donna Karan luncheon and fashion show at Saks Fifth Avenue, Beverly Hills, California, helping Lupus LA raise over $15,000 in total.
Besides Lupus LA, Cindy is associated with the Aspen, Colorado-based charity, A Grassroots Aspen Experience, which invites at-risk-youth from all over the country to their facility for empowerment exercises, counselling, and mentoring. She was on the charity’s board for five years.
Relationship with Glenn Frey
Cindy’s late husband, Glenn Frey, was a Detroit, Michigan native. He was raised in Royal Oak and began his pursuit of musical excellence when he was five years old. He first learned the piano and then took up the guitar, before assimilating into the 1960s Detroit rock scene. He formed Eagles with Don Henley (drums, vocals), Bernie Leadon (guitars, vocals) and Randy Meisner (bass guitar, vocals) in 1971. In 1980 the group split, only to reunite in 1994. Frey subsequently remained a member of the group until his death in 2016. Considered to be one of the greatest songwriters of all time, he has released seven studio albums, two live albums, and 30 singles with Eagles. The group received six Grammys, and in 1998, was inducted into the Rock and Roll Hall of Fame. Frey also had a successful solo career and put out five studio albums, one live album, and 19 singles.
According to an article published in ‘People’ in 1994, Cindy and Frey’s first meeting occurred while he was shooting for one of his music videos. She was 19 years younger than him. Prior to that, he had been married to artist Janie Beggs from 1983 to 1988. Cindy and Frey got married on June 30, 1990. They had two sons, Deacon and Otis, and one daughter, Taylor. The family predominantly lived in an apartment in Manhattan, New York, but maintained a large collection of houses.
Widowhood & Lawsuit
Glenn Frey passed away on January 18, 2016, due to colitis and pneumonia, caused by the medication for his rheumatoid arthritis. About two years later, in 2018, Cindy sued Frey’s gastroenterologist, Dr. Steven Itzkowitz, for the wrongful death of her husband. In the lawsuit, she accused that Itzkowitz had been negligent in promptly and properly assessing Frey for respiratory issues and overlooked the infection. Furthermore, she claimed $12 million in pecuniary damage.
You May Like