Christina Ricci is a famous American actress who started her career at an early age and established herself as a child actress. She started her film career at the age of nine and though she never had any formal training, she impressed everyone with her acting skills. Unlike many child actors who are unable to establish themselves in adult roles, Christina Ricci faced no such difficulty. Her first adult role at the age of 17 established her acting credibility and she went on to act in several high-budget films thereafter. She has performed on Broadway and has also acted in television serials and onstage as well. She has also tried her hand at directing movies. She is a self-confessed shopaholic and is known to have made several extravagant fashion purchases. But there is another side to Christina Ricci; she is the national spokesperson for the Rape, Abuse & Incest National Network (RAINN), an American anti-sexual assault organization. Christina Ricci was born on 12 February 1980 in Santa Monica, California, to Sarah and Ralph Ricci. Her mother is a real estate agent and her father is a lawyer and therapist. She is the youngest of the four children of her parents.

When she was a kid, Christina Ricci's family moved to Montclair, New Jersey and she studied at Edgemont Elementary School, Glenfield Middle School, Montclair High School and the Morristown-Beard School before leaving for the Professional Children’s School in New York. She never completed her schooling due to acting schedules. 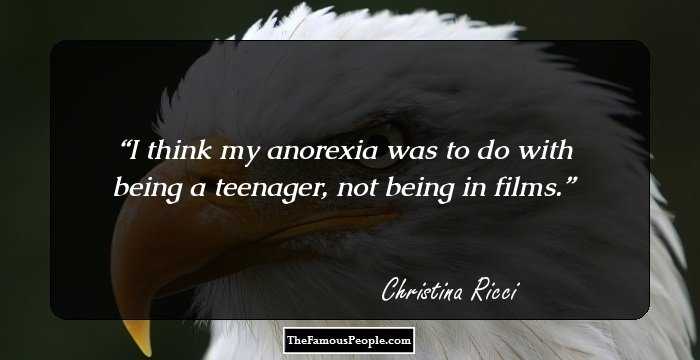 Christina Ricci is a natural actor and even without any training in acting she started featuring in commercials from an early age of six.

In 1990, she became an established child actor after her debut film Mermaids and it paved the way for her to get more substantial roles in later movies.

Christina Ricci became famous after she acted the part of Wednesday Addams, a precocious child in The Addams Family in 1991.

She followed up her success in a subsequent film Addams Family Values, released in 1993, and became a teen icon as well as a child actor; she became a much-sought after child artist for films.

Her first role as an adult actor was in the movie The Ice Storm in 1997, which reinforced her credentials as an actor, though she portrayed a negative role.

A subsequent comedy movie film which brought her fame was Buffalo ‘66 in 1998, and it strengthened her position as a good actor. Her role in the film proved her versatility as an actress.

She did not limit herself to a single genre but accepted diverse roles and did not hesitate to accept dark roles. Her portrayal of Selby, the girlfriend of a notorious serial killer in Monster in 2003 earned her rave reviews from critics.

She made her debut as a director in The Speed Queen in 2004 wherein she also acted in the female lead role, the girlfriend of a motor car racer.

In 2006, she appeared as a guest star in Grey’s Anatomy. Her role of a paramedic in the television series was widely acclaimed.

Christina Ricci made her Broadway debut as Mandy in Time Stands Still in 2009. The role established herself as a versatile actor.

She has done voice-overs for a number of films, including the animated film The Smurfs 2 in 2013, in which she voiced the character of Vexy.

She resumed acting in 2014, only three months after delivering her first child, and portrayed a murderer teacher who kills her parents in the movie Lizzie Borden Took an Ax.

In 2017, she played another lead role, portraying Zelda Fitzgerald in the period drama TV series, Z: The Beginning of Everything. In 2020, she played Rebecca Salcau in Canadian-American-Indian biographical film Percy. In 2021, she portrayed Gwyn de Vere in The Matrix Resurrections. 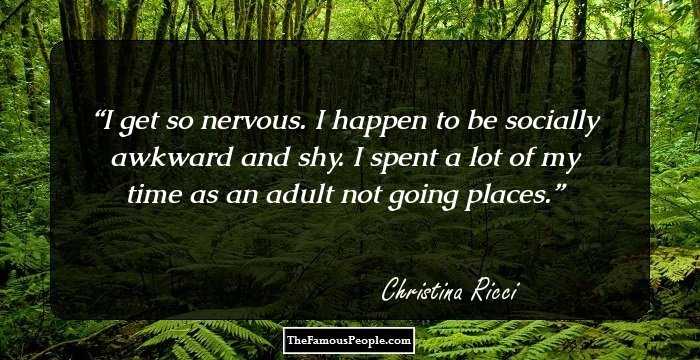 Christina Ricci's portrayal of Wednesday Addams in The Addams Family created ripples in the acting circles and made her a renowned and most-sought after child actor.

She won wide acclaim for her role in Opposite of Sex in 1998 where she portrayed a teenager who wrecks the life of people around her by behaving impulsively.

Christina Ricci’s portrayal of the girlfriend of a notorious female serial killer in the movie Monster earned her acclaim for acting in a dark role convincingly.

Christina Ricci won nomination as Best Actress for Golden Globe for her acting in Opposite Of Sex in 1998 in which she played a dark character, a truant teenager who creates havoc in her relationships.

Her portrayal of a paramedic in Grey’s Anatomy earned her an Emmy nomination in 2006. She appeared in a guest role in the popular series. 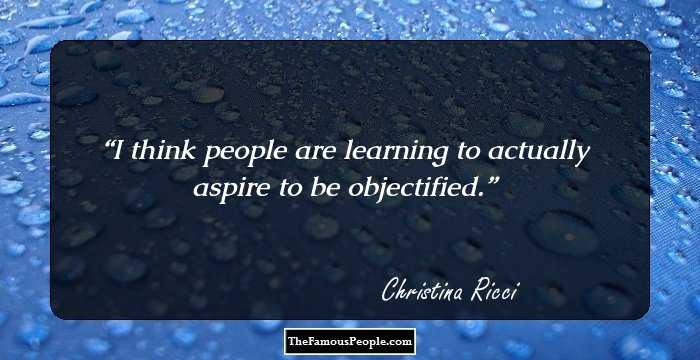 She started dating actor Adam Goldberg in 2003 and though the relationship continued till 2007, they eventually split up. Thereafter, she dated Chris Evans, the Captain America star, but they separated within a few months.

She dated co-actor Owen Benjamin in 2008 after they met while acting in the movie All’s Faire in Love and got engaged to him in March 2009. But the engagement was called off in June 2009.

Christina Ricci met James Heerdegen while working in Pan Am and dated him for some time before they got engaged in February 2013. The couple got married on 26 October 2013. They welcomed a baby boy in August 2014.

On July 2, 2020, Christina Ricci filed for divorce. She then started dating hairstylist Mark Hampton and got married to him in 2021. In December 2021, the couple welcomed their first child, a daughter.

She wore braces in her teeth at an early age and also suffered from anorexia but that did not deter her from becoming a great actor.

She suffers from botanophobia, a rare phobia in which the affected person fears plants. She has admitted to being particularly afraid of house plants.

Christina Ricci is fond of tattoos and has several tattoos on various parts of her body, such as shoulder, wrist, back, breast, hip, and thigh.

Quotes By Christina Ricci | Quote Of The Day | Top 100 Quotes

See the events in life of Christina Ricci in Chronological Order