Charles Laughton was an English actor counted amongst the most versatile performers of his generation. He was also a successful director, producer and screen writer. An accomplished character actor of both the stage and film, he was as adept at playing classical roles as he was in modern ones. Born to Yorkshire hotel keepers in England, he developed an early interest in acting and received training in London at the Royal Academy of Dramatic Art. Naturally talented, he proceeded to establish himself as a successful stage actor in London theatres. He first went to the United States in 1931 and performed there. His increasing stature as a performer led him to Hollywood where he first appeared in ‘The Old Dark House.’ Though not conventionally good looking or well-built with a muscular physique, Laughton established himself as a successful actor with his intense character roles, and was especially famed for his portrayal of a vicious murderer in ‘Payment Deferred’ and of Henry VIII in ‘The Private Life of Henry VIII’, the latter of which won him an Academy Award. He eventually began directing as well and his most notable box-office success as a director came with the stage production ‘The Caine Mutiny Court-Martial.’ He also made a few television appearances during the later years of his career.
Continue Reading Below Cause of Death: Renal Cancer 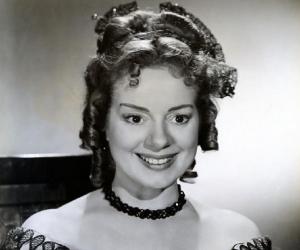 American Celebrities
British Celebrities
British Men
Royal Academy Of Dramatic Art
Cancer Actors
British Actors
Childhood & Early Life
Charles Laughton was born on 1 July 1899, in Scarborough, North Riding of Yorkshire, England. His parents, Eliza and Robert Laughton, were hotel keepers.
He attended a local boys' school, Scarborough College, before moving to Stonyhurst College.
He served in the World War I, first with the 2/1st Battalion of the Huntingdonshire Cyclist Battalion, and then with the 7th Battalion of the Northamptonshire Regiment.
He was interested in acting from a young age, but started working in the family hotel due to parental pressure. He also participated in amateur theatricals during this time.
Finally his family gave in to his aspirations and he joined the Royal Academy of Dramatic Art in 1925 to receive professional training. He soon started appearing at the Barnes Theatre and Gaiety Theatre where he impressed the audiences with his performances.
Continue Reading Below
You May Like

The Sexiest Men Of 2020, Ranked
Career
In 1928, he played the lead role as Harry Hegan in the world premiere of Sean O'Casey's ‘The Silver Tassie’ and also the title role in Arnold Bennett's ‘Mr Prohack.’ The same year he made his film debut in the two-reel British comedy ‘Blue Bottles.’
He played the murderer William Marble in ‘Payment Deferred’ on the London stage and repeated the role in New York City at the Lyceum Theatre in 1931. Impressed by his powerful performance, Paramount Pictures signed him the following year.
In his first Hollywood appearance he played Sir William Porterhouse in the horror comedy ‘The Old Dark House’ (1932) with Boris Karloff. The same year he received the opportunity to share the screen space with prominent superstars like Tallulah Bankhead, Gary Cooper, and Cary Grant in the drama film ‘Devil and the Deep.’
In 1933, he played Henry VIII in ‘The Private Life of Henry VIII’, a film which focused on the marriages of King Henry VIII of England. The film became an international success and played a pivotal role in advancing Laughton’s career.
A string of successes in the 1930s cemented his reputation as one of the most loved actors in Hollywood. Some of his best known movies from this era are ‘The Barretts of Wimpole Street’ (1934), ‘Les Misérables’ (1935), and ‘Mutiny on the Bounty’ (1935).
By now he was beginning to be typecast in historical roles or as arrogant, unscrupulous characters. Desiring to break away from being stereotyped, he took up the role of an Italian vineyard owner in California in ‘They Knew What They Wanted ‘(1940), a South Seas patriarch in ‘The Tuttles of Tahiti’ (1942), and an American admiral during World War II in ‘Stand by for Action’ (1942).
In the 1950s, he turned a film director with ‘The Night of the Hunter’ (1955), starring Robert Mitchum, Shelley Winters and Lillian Gish. It was a critical and box-office failure at the time of its original release though later on it earned critical acclaim for being one of the best of the 1950s. He was more successful in directing stage productions.
His health began failing in the late 1950s though he still continued to act. His portrayals of Nick Bottom in ‘A Midsummer Night’s Dream’ and of King Lear at the Shakespeare Memorial Theatre in 1959 were among his final stage appearances. During his later years he also made a few television appearances.
Major Works
Charles Laughton’s portrayal of Henry VIII in the film ‘The Private Life of Henry VIII’ is one of his best remembered ones. The film, with its focus on the numerous marriages of King Henry VIII of England, was a critical as well as commercial success. The movie established Laughton as a box office star.
He was known to bring to life the darkest of characters on the screen, and this is observed best in his portrayal of the murderous bank clerk William Marble in the crime drama film ‘Payment Deferred.’ He had also successfully played the same role in the stage adaptation of the same name.
Awards & Achievements
In 1933 he won the Academy Award for Best Actor in a Leading Role for ‘The Private Life of Henry VIII.’
He won the New York Film Critics' Circle Awards for ‘Ruggles of Red Gap’ (along with ‘Mutiny on the Bounty’) in 1935.
Personal Life & Legacy
Charles Laughton began dating his co-actor Elsa Lanchester in 1927 and married her in 1929. They remained together until Laughton’s death.
Laughton’s sexuality was a matter of much discussion in Hollywood. It was believed that he was either gay or bi-sexual. The fact that he did not have any children further fuelled the rumor that his marriage to Elsa was just a cover-up to hide his sexuality. However both Laughton and his wife denied these claims.
A compulsive smoker and drinker, his health began deteriorating in the late 1950s. He died on 15 December 1962 after suffering from renal cell carcinoma. He was 63.

See the events in life of Charles Laughton in Chronological Order