Advanced Search
Chábeli Iglesias is a Spanish socialite and a TV host. Daughter of the famous Spanish singer Julio Iglesias, she is used to living in the limelight from her childhood. She ventured into modelling at a young age and as a teenage model, she was featured on billboards and local and international magazine covers.Despite getting much attention and spotlight due to her father, over the years she managed to find her own place in the business of entertainment. In the 1990s, she appeared in several American talk shows, and came to prominance in the US with her talk show, ‘Chabeli’, on the US Spanish-language television network Univision, and the popular television show ‘El Show de Chabeli’. She is also famous for being the older sister of singers Julio Iglesias Jr. and Enrique Iglesias. Coming to her personal life, the beautiful socialite has been married twice and is the mother of two children. Ana Boyer
1st August In History
DID WE MISS SOMEONE?
CLICK HERE AND TELL US
WE'LL MAKE SURE
THEY'RE HERE A.S.A.P
Quick Facts 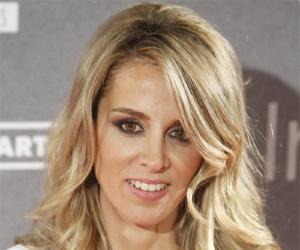 Spanish People
Family Members
Spanish Women
Female Socialites
Women Journalists
Career
In the 1990s, Chábeli Iglesias worked in different television shows in the US, mainly in Spanish-language channels like Univisión and Telemundo. At the age of 19, she debuted as a television presenter on Antena 3, and presented several programs in Spain like ‘Al sol con’, a program about summer sports.
She also appeared on several American talk shows like ‘El Show de Chabeli’. Her popularity in the US inspired her to launch her own show, ‘Chabeli’. She has also worked as an advertising model. She likes designing clothes and dreams of starting her own brand of clothes.
Recommended Lists:

Spanish Socialites
Spanish Journalists
Women Media Personalities
Spanish Female Journalists
Continue Reading Below
Personal Life
Maria Isabel Iglesias Preysler was born on September 3, 1971 in Cascais, Portugal, to Spanish singer Julio Iglesias and Filipino socialite Isabel Preysler. She has two younger brothers, Julio Iglesias Jr., who is a singer, and Enrique Miguel Iglesias, who is asinger, songwriter, actor, and record producer.
In 1985, her grandfather was kidnapped. Following this stressful incident, her father moved Chábeli and her brothers to Miami in the US. She attended an English school in London, and spent summers in Marbella and Christmas with her maternal grandparents in the Philippines. When she turned six, her parents divorced and her mother remarried. When Chábeli’s mother divorced her second husband and married the third time, the young girl became distressed with all the unwanted media attention her family was getting. In order to escape from the press, she went with her father to The Bahamas. Later, she returned to Spain to continue her studies.
Chábeli married Ricardo Bofill Jr., son of Spanish architect Ricardo Bofill, in September 1993. After two-and-a-half years, they divorced in 1996. In June 1999, Chábeli was involved in a life-threatening car accident in Los Angeles and was hospitalized for a long time.
On October 8, 2001, she married businessman Christian Fernando Altaba. They have two children—son Alejandro Altaba, who was born in January 2002, and daughter Sofia Altaba, who was born in January 2012.
Recommended Lists: 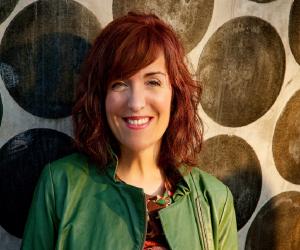