Cayden Boyd is an American actor and social marketer. Check out this biography to know about his birthday, childhood, family life, achievements, and fun facts about him. 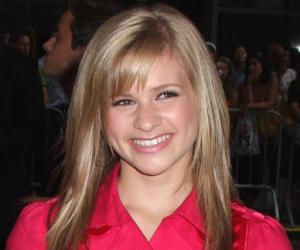 Jake Paul
Cayden Boyd is an American actor and social marketer. He first became popular for portraying the role of Max in the movie ‘The Adventures of Sharkboy and Lavagirl’. Originally hailing from Texas, Boyd grew up acting and playing the violin and cello. He landed his first acting role when he was six years old and appeared in an episode of the popular medical comedy ‘Scrubs’. He subsequently appeared in two sitcoms, ‘Taina’ and ‘The King of Queens’. In 2002, Boyd made his big screen debut in the independent film ‘Fault’ which was followed by various roles in ‘Freaky Friday’, ‘Mystic River’, and ‘Exposed’. In 2005, he played Max in ‘The Adventures of Sharkboy and Lavagirl’, unarguably the most significant role of his career. His other important roles in films include those of Young Angel in ‘X-Men: The Last Stand’, Ben Reynolds in ‘Have Dreams, Will Travel’, and Young Michael in ‘Fireflies in the Garden’. Released in 2008, the last film is also his most recent cinematic appearance. However, he continues to act on the small screen. Texas Actors
Tall Celebrities
Tall Male Celebrities
Gemini Actors
Acting Career
In 2001, when Cayden Boyd was six years old, he was cast in his first ever acting role in NBC’s medical comedy drama series ‘Scrubs’. He played a character named Hummer in the season one episode ‘My Fifteen Minutes’. He then portrayed a character credited as Little Boy in Nickelodeon’s sitcom ‘Taina’. His first fully credited role was in CBS’ sitcom ‘The King of Queens’ in 2002.
Boyd made his cinematic debut in ‘Fault’ (2002), in which he played the younger version of the protagonist Mark (the older version was played by Joe Fria). He did three films in the following year. In the fantasy comedy ‘Freaky Friday’, he worked with Jamie Lee Curtis and Lindsay Lohan. In Clint Eastwood’s directorial venture ‘Mystic River’, he played Michael Boyle, the son of Tim Robbins’ character, Dave Boyle. In the independent comedy ‘Exposed’, he was cast as a young boy named Jared.
In 2004, he guest-starred in two shows, science fiction legal drama CBS’ ‘Century City’ and NBC’s crime drama ‘Crossing Jordan’ and played minor characters in the comedies ‘Envy’ and ‘DodgeBall: A True Underdog Story’.
In Robert Rodriguez’s 2005 action adventure ‘The Adventures of Sharkboy and Lavagirl’, Boyd played the primary protagonist, Max. He portrayed the younger version of the mutant superhero Angel in the 2006 blockbuster ‘X-Men: The Last Stand’ (Ben Foster played the adult version).
Boyd portrayed Ben Reynolds in ‘Have Dreams, Will Travel,’ a 2007 drama film based on true events. His character was a boy living in the 1960s’ America, largely ignored by his parents. His last film role was in the 2008 drama film ‘Fireflies in the Garden’. That year, he also played small roles in CBS’ police procedural drama ‘Cold Case’, crime drama ‘Close to Home’, and ABC’s fantasy drama ‘Night Stalker’. He appeared in the pilot episode of Fox’s crime-drama ‘Past Life’ (2010).
After taking a four-year break from acting, he returned in 2014 and has since appeared in the telefilm ‘Expecting Amish’, MTV’s teen-comedy ‘Awkward’ (2014-15), and Fox’s sitcom ‘The Mick’ (2017). In 2018, he began playing the recurring character Ram Sweeney in ‘Heathers’.Other Pursuits
While Boyd is primarily known for his acting career, he also has a thriving regular career outside the entertainment industry. From May to September 2013, he worked as a construction labourer at Quality Concrete Construction. Subsequently, he was a business development intern at Go West Creative Group from April to August 2014, model and ambassador at Barnabas Clothing Co. from 2012 to 2015, business development and social media intern at Rosewood Creative from January to May 2015, and the president of Pepperdine Sports Business Association from January 2015 to April 2016. He is presently self-employed as a social marketer and an international business owner.
You May Like

American Actors
American Film & Theater Personalities
Gemini Men
Continue Reading Below
Personal Life
Cayden Boyd was born on May 24, 1994, in Bedford, Texas to Mike and Debbie Boyd. He has an older sister named Jenna. The Boyds raised their two children in an environment that was hospitable for artistic pursuits. Both Cayden and his sister had acting aspirations. She went on to appear in films, such as ‘The Hunted’ (2003), ‘The Missing’ (2003), ‘The Sisterhood of the Traveling Pants’ (2005), ‘Last Ounce of Courage’ (2012), and ‘Runaway’ (2014) and in various TV shows, including ‘The Geena Davis Show’ (2001), ‘Titus’ (2001), ‘Six Feet Under’ (2002), ‘CSI: Crime Scene Investigation’ (2002), ‘Carnivàle’ (2203), ‘Ghost Whisperer’ (2007), ‘Criminal Minds’ (2008), and ‘Atypical’ (2017).
Besides acting, Cayden’s interests as a child included playing the violin and cello. He was also part of the high school football team and was the recipient of the Wendy's High School Heisman Award. From 2012 to 2016, he attended Pepperdine University in Malibu, California and eventually graduated with a bachelor’s degree in business administration. Presently residing in the Greater Los Angeles area, he serves as a parking coordinator volunteer at the Reality LA Church.
Boyd is bilingual. Besides English, he can also communicate in Spanish. He is a certified open water diver and also has a certificate for firearm safety.