Caleb Freundlich is the son of American actress Julianne Moore and film director Bart Freundlich. Caleb has appeared in movies like ‘Trust the Man’ and ‘Still Alice.’ The film was directed by his father and also starred his mother. His sister Liv Freundlich is also an actress, who has appeared in a couple of films, including Catherine Zeta-Jones starrer ‘The Rebound.’ Standing well over six feet, Caleb is an excellent basketball player and has even represented his college team. He is also an aspiring singer and songwriter. He has an account on SoundCloud, where he exhibits his singing skills. 10
DID WE MISS SOMEONE?
CLICK HERE AND TELL US
WE'LL MAKE SURE
THEY'RE HERE A.S.A.P
Quick Facts 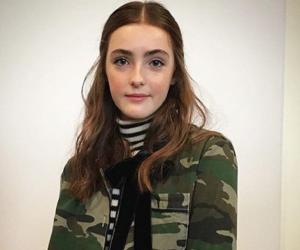 American People
Sagittarius Men
Childhood & Early Life
In 1996, Julianne Moore started a relationship with Bart Freundlich. On December 4, 1997, Julianne and her then boyfriend were blessed with Caleb Freundlich, who was born in the United States of America. His parents got married in August 2003 after the birth of his sister Liv, who was born on April 11, 2002. Caleb Freundlich was enrolled at ‘Friends Seminary,’ which is a private school in New York City. He completed his ‘High School Diploma’ in 2016 and enrolled himself at ‘Davidson College’ in North Carolina to study music and media.
You May Like

Who Is The Greatest Female Warrior In History?
Continue Reading Below
Career
Caleb Freundlich made his acting debut in 2005, when he played Cosmos in the comedy drama film ‘Trust the Man.’ In 2013, he worked on the sets of ‘The Tonight Show’ as a music and research intern. In 2014, he was seen playing a young musician in the Julianne Moore-starrer ‘Still Alice.’ In 2016, he worked as a camera PA in the American drama film ‘Wolves,’ which was directed by his father. In June 2017, he landed a job as a camp counselor at ‘Bob McKillop’s Basketball Camp’ in Davidson, North Carolina. Caleb received his big breakthrough in June 2018, when he was given an opportunity to work as a sound intern for the famous ‘Harbor Picture Company.’
Public Appearances
Caleb Freundlich has made a couple of public appearances along with his mother and father. In 2011, he walked down the red carpet with Julianne Moore at the world premiere of the romantic comedy film ‘Crazy Stupid Love.’ On April 15, 2016, Caleb was seen with his parents and sister when he attended another red carpet event at the ‘Tribeca Film Festival,’ where his father’s film ‘Wolves’ premiered. On March 24, 2018, Caleb and his family took part in the ‘March for Our Lives’ demonstration, which took place in Washington, D.C., in support of tighter gun control. In October 2018, Caleb and his parents were spotted in the SoHo area of Manhattan.
Personal Life
Caleb is a gifted athlete, who is proficient at playing basketball. While representing the ‘Davidson’ men’s basketball team, Caleb and his teammates had the honor of interacting with the star ‘NBA’ player Stephen Curry, who at the time played point guard for their team. Apart from playing basketball, Caleb also likes to go surfing with his friends. Caleb is an aspiring singer, who exhibits his singing skills on social media platforms like SoundCloud. He is also active on Instagram, where he has more than 1,800 followers. Caleb is in relationship with an African American girl named Kibriyaa. He often features her on his Instagram page. He also features his sister, as he is close to her. Caleb currently lives in North Carolina and often travels to New York City for various reasons.