Brooke Hyland is an American singer and dancer who first made waves at a young age through the reality show Dance Moms. At the age of nine, Brooke Hyland took her first dancing lessons and she soon became a part of the Abby Lee Miller Dance Company. Since then, there has been no looking back for Brooke Hyland, who is now an inspiration to many people. During the period 2012-13, she released a single titled Summer Love Song as well as the album Brooke Hyland. In 2015, she started her YouTube channel, Brooke Hyland. She has posted quite a few videos on this channel, such as A Peek-A-Boo Christmas, Chicago Adventures, Creek Falls Cliff Jumping, and Brooke Hyland Question and Answer. She is also being followed by a lot of people on the popular image sharing site Instagram. Brooke Hyland is quite popular on other social networking sites as well, such as Facebook and Twitter. 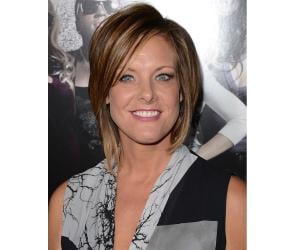 At a young age Brooke Hyland became fond of singing and dancing. She decided to take her passion to the next level by joining the Abby Lee Dancing Company. In 2011, she participated in the television reality show Dance Moms, which helped her gain a lot of visibility. The same year, she was also seen in the music video It’s Like Summer. Brooke Hyland ventured into singing and released her single Summer Love Single in 2012. The song first surfaced on iTunes on July 24th that year and often featured in the top 10 music lists compiled during the time. In 2013, she released her full-fledged album titled Brooke Hyland, which received a lot of acclaim. She also released several other videos on internet platforms soon after. Most of these were covers of popular songs. Her talent and gorgeous looks have helped Brooke Hyland earn many followers on social media platforms like Instagram and Twitter. She started a self-titled YouTube channel on July 31, 2015, and has uploaded a few videos. Most of them have managed to garner more than 100,000 views and a lot of appreciation.

Brooke Hyland was born to Kelly and Randy Hyland on January 30, 1998, in Murrysville, Pennsylvania. She also has two younger siblings named Paige and Josh. Paige Hyland too is a famous social media star and is quite popular on the micro-blogging site Twitter. She is currently being followed by a huge number of people on the site.