Advanced Search
Brianna Paige Arsement is an American YouTuber and the wife of YouTube’s gaming phenomenon, Preston Arsement. Preston is known for his Minecraft channels 'TBNRfrags' and 'PrestonPlayz.' Brianna is a registered nurse, who formerly worked at 'UT Southwestern Clements Hospital' in Dallas, Texas. She did not have any social media aspirations and would have furthered her career in nursing if her husband had not persuaded her to become a YouTuber. She now runs a YouTube channel, which is quite similar to that of Preston's, in terms of its name and content. Not even a year old, 'BriannaPlayz' has already surpassed one million subscribers, and Brianna now has a diamond Play Button. She is also a talented singer who has covered some popular tracks and hopes to work in some interesting music projects. Fedmyster
DID WE MISS SOMEONE?
CLICK HERE AND TELL US
WE'LL MAKE SURE
THEY'RE HERE A.S.A.P
Quick Facts

American People
Texas YouTubers
Female Gamers
American Gamers
Female YouTubers
Rise to Fame
Before Brianna Paige Arsement found fame on YouTube, she worked as an emergency room nurse at 'UT Southwestern Clements Hospital' in Dallas, Texas. Earlier, she also worked at 'Backdoor Theatre' of Wichita Falls and 'Royally Fun Parties.' She did a few singing and acting gigs that included performing in stage musicals like 'Legally Blonde.' After getting her nursing license, Brianna began to serve as a healthcare professional and continued to do that until her YouTuber husband advised her to create a channel on the video-sharing website.
Recommended Lists:

Capricorn Youtubers
American YouTubers
American Female Gamers
American Women YouTubers
She decided to become a vlogger and launched a YouTube channel called 'BriannaPlayz' on December 16, 2018. Just like her husband's channel, Brianna's channel also focusses on Minecraft gameplay. She sometimes publishes other content as well. They range from music covers to pranks to challenge videos, many of which feature Preston in them. She often collaborates with him on his YouTube channels and merchandise. Apart from being a gamer, Brianna is also a talented singer who has sung a cover version of the song 'Hurt' by Christina Aguilera. Brianna is currently working on her music video and wishes to collaborate with the popular YouTuber ‘PewDiePie’ one day.
Recommended Lists:

Capricorn Women
She may be new to the world of YouTube, but her fun content has already helped her amass millions of views and subscribers. Some of the most viewed videos on her channel are 'WIRELESS KEYBOARD PRANK HACK on PrestonPlayz STREAM! (5 Funny April Fools Pranks),' 'I Found PrestonPlayz Secret Underwater Minecraft House,' 'I Surprised PrestonPlayz on Valentine’s Day with..,' 'I Found PrestonPlayz Secret Lava Minecraft House!,' and 'I FOUND PRESTONPLAYZ SECRET SKY BASE IN MINECRAFT!.' The video titled 'I FOUND PRESTONPLAYZ SECRET UNDERGROUND MINECRAFT BASE!' has garnered over nine million views, the highest on Brianna’s channel. Brianna boasts more than a million YouTube subscribers and has earned a YouTube diamond play button. Her YouTube popularity has expanded to other social media platforms as well, and she has over 80 thousand followers on Instagram.
Continue Reading Below
Family & Personal Life
Brianna Paige Arsement was born as Brianna Paige Barnhart on January 2, 1994, in Wichita Falls, Texas. Her mother Benny Barnhart is a schoolteacher, while her father works as a physician. She has no siblings. After graduating from 'Wichita Falls High School,' Brianna went to the 'Texas Christian University.' She completed her higher studies from the 'Simmons University' in Boston. Brianna then earned her RN BSN (Registered Nurse Bachelor of Science in Nursing) from 'UT Southwestern Medical Center.'
She married Preston Arsement on May 12, 2018 at ‘Dallas Union Station'. They had gotten engaged in February of the same year. The story of how Brianna and Preston met each other is quite interesting. She was working at 'UT Southwestern' when one of her colleagues, who also happened to be Preston's aunt Tammy, mentioned her nephew and his "unwavering faith, exceptional work ethic and caring attitude."
Brianna realized that she and Preston had a lot of similarities and decided to meet him. A few weeks later, the two met for a coffee date and ended up having a six hours long conversation. Their friends thought that they had been kidnapped. After their fantastic first date, the pair drew closer to each other and eventually began a relationship. Both Brianna and Preston acknowledged aunt Tammy's role in bringing them together. Brianna's best friend and a supportive nursing colleague, Brittany Carr, was the Maid of Honor at her wedding, while her sorority sisters Loghan Abila, Jessie Brown, and Kasey Chester were the bridesmaids.
Brianna loves to travel and attending concerts and football games. She is a huge Disney and 'Harry Potter' fan, who recently began following 'Game of Thrones' and 'The Office' on Netflix. In one of her videos, she revealed that a perfect meal for her would include prawns and mashed potato, while chocolate chip cookies would be served for dessert. 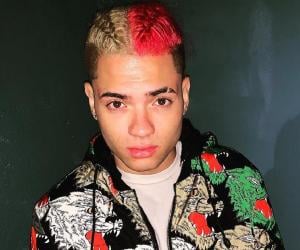