BadBoyHalo is an American content creator and social media personality best known for hosting the popular Minecraft server, MunchyMC. BadBoyHalo currently streams his content on Twitch and is one of the most important members of the Dream SMP. He is also popular for posting Minecraft-related videos on other social media platforms like YouTube. BadBoyHalo is also known for his collaboration with fellow gamers and streamers like Skeppy. In fact, he owned a channel called The Trio along with a6d and Skeppy. Apart from being a famous Twitch streamer and YouTuber, BadBoyHalo is also popular on Instagram and Twitter. He also has his own merchandise which he sells on his official online merchandise store. BadBoyHalo was born Darryl Noveschosch on April 2, 1995, in the United States of America. He has two brothers and a sister. He developed an interest in gaming at a young age and wanted to showcase his skills on social media platforms like Twitch and YouTube. He created his YouTube channel when he was 17 years old and started posting videos related to Minecraft. His videos attracted a number of views and subscribers in a short period of time, establishing him as a popular YouTuber. Meanwhile, he also started streaming videos on Twitch. He gained prominence as a notable admin on the McPVP server. He then went on to host the popular Minecraft server MunchyMC, earning recognition and respect among fellow streamers. He also started collaborating with popular streamers like Skeppy which increased his popularity.

His popularity on Twitch and YouTube helped him gain followers on other major social media platforms like Twitter and Instagram. While he uses his Twitter account to share his thoughts and connect with his fans, he posts interesting pictures and video clips on his Instagram page. BadBoyHalo has used his social media popularity to create and sell his own merchandise. He sells products like hoodies, long sleeve T-shirts, posters, phone cases, hats, and mugs on his official merchandise store. His merchandise can also be bought on platforms like Amazon, Redbubble, TeePublic, and Moteefe.

American Social Media Stars
Aries Men
You May Like

The Most Popular US Veterans
Continue Reading Below
Rise to Fame

BadBoyHalo came into prominence when he started streaming videos on Twitch. His popularity increased when he started participating in events like Minecraft Championship, an event where Twitch streamers and YouTubers come together to play a variety of popular mini games. His participation in Minecraft Championship not only increased his popularity among Twitch streamers but also made him famous in the world of YouTube. As of now, BadBoyHalo’s Twitch account has more than two million followers.

BadBoyHalo enjoys spending time with his friends and family. He is very close to his sister whom he mentioned in a livestream. He also loves spending time with his pet dog Lucy, a Maltese dog. Prior to Lucy, he owned another Maltese dog and two pet frogs namely Mr. Hoppy and Leopard. Apart from creating content on social media, BadBoyHalo has also worked with differently abled kids. BadBoyHalo has also participated in knife-throwing competitions. He currently lives in Florida with a roommate. 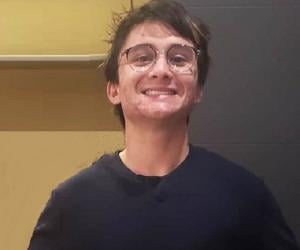