Brandon Routh is an American actor who is best known for his portrayal of ‘Superman/Clark Kent’ in the ‘DC’ superhero film ‘Superman Returns.’ Born and raised in Norwalk, a small city in Iowa, Brandon always wanted to be an actor. The desire to begin his professional acting career brought him to Los Angeles. Soon, he made his on-screen debut in the music video for Christina Aguilera’s song ‘What a Girl Wants.’ He then made his TV debut with a small role in the series ‘Odd Man Out’ and then bagged a slightly bigger role in the 2000 soap opera ‘Undressed.’ He then played a recurring role in the series ‘One Life to Live.’ In 2006, he was offered the role of the iconic superhero ‘Superman’ in ‘Superman Returns.’ The role brought him the fame that he deserved and he quickly became a big star. However, his acting career could not pick up the desired pace. He was later seen in films such as ‘Fling,’ ‘Table for Three,’ ‘Unthinkable,’ and ‘400 Days.’ His latest major appearance was the superhero series ‘Legends of Tomorrow,’ which featured him as ‘The Atom.’ 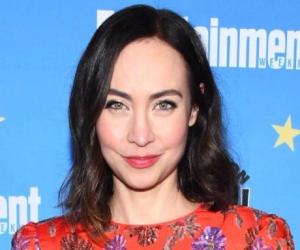 Timothée Chalamet
Actors #867
Film & Theater Personalities #1697
DID WE MISS SOMEONE?
CLICK HERE AND TELL US
WE'LL MAKE SURE
THEY'RE HERE A.S.A.P
Quick Facts

American People
Iowa Actors
University Of Iowa
Tall Celebrities
Tall Male Celebrities
Childhood & Early Life
Brandon Routh was born on October 9, 1979, in Norwalk, Iowa, to Ronald Wayne Routh and Catherine LaVonne. He was the third of the four children in his Methodist Christian family. His father was a carpenter.
Brandon never thought that a career in professional acting was possible for him, as he was from a small city. He was interested in acting since a very young age. He later turned to music and learned to play the trumpet and the piano. Soon, he decided that he also wanted to become a writer.
He attended ‘Norwalk High School’ and also continued to study acting at the ‘Norwalk Theatre of Performing Arts.’ Initially, he took up acting as a hobby. He also played a number of sports in his free time and played music at events to earn pocket money.
As a teenager growing up in Iowa, Brandon was always fascinated with comic books, especially ‘DC’ comics. His favourite superhero characters were ‘Batman’ and ‘Superman.’ He would often dress up as ‘Batman’ and ‘Superman’ at Halloween parties.
After graduating high school, Brandon aimed to become a full-time professional writer. He enrolled at the ‘University of Iowa’ to study English literature and also continued to do theater. His friends often told him that he looked like Christopher Reeves, the actor who was famous for his portrayal of ‘Superman’ before Brandon.
While in college, he started getting modeling offers, which helped him pay for his university education. After spending a year in college, Brandon moved to Manhattan to make a career in professional acting, as theater was at its peak there. A few months later, he arrived in Los Angeles.
Continue Reading Below
You May Like

Who Is The Most Popular BTS Member?
Career
After he arrived in Los Angeles, it was not difficult for him to find modeling jobs. In 1999, he appeared in the music video for the song ‘What a Girl Wants’ by Christina Aguilera. After a few failed auditions, he finally earned a small role in the series ‘Odd Man Out.’ The following year, he earned a supporting role in the night-time soap opera ‘Undressed.’ He appeared in four episodes of the series in 2000.
In 2001, he appeared in a single episode of ‘Gilmore Girls.’ The same year, he bagged a recurring role in the soap opera ‘One Life to Live.’ In the latter, he portrayed ‘Seth Anderson.’ Soon, Brandon was able to grab the attention of more casting agents.
He then earned small roles in series such as ‘Will & Grace,’ ‘Oliver Beene,’ ‘Cold Case,’ and ‘Awesometown.’ Around this time, ‘Warner Bros.’ was planning to revive the popular ‘DC’ superhero ‘Superman.’
The reboot of ‘Superman’ was being planned for more than a decade, but the studio could not get things in place. The most difficult task was to search for an actor suitable for the role of ‘Superman,’ which was previously played by Christopher Reeve. Several big names were being considered for the role, but director Bryan Singer wanted a fresh face.
Brandon auditioned for the role and got selected. He later said that one of the main reasons for his selection was the fact that his face resembled that of Christopher Reeve. The film was released in 2006 and was loved by critics all over the world. However, the general public’s response to the film was cold, and the film failed at the box office.
Two sequels were planned for ‘Superman Returns,’ but they were shelved due to the poor box-office performance of the film. However, by then Brandon Routh had become a national icon. He also ended up winning several awards and nominations for his performance in ‘Superman Returns.’
In 2008, Brandon appeared in the independent comedy–drama film ‘Fling,’ which he also co-produced. The very next year, Brandon starred in the multi-starrer crime–drama film ‘Life Is Hot in Cracktown.’ Brandon’s performance as a homeless drug addict was appreciated. He then appeared in films such as ‘Table for Three,’ ‘Stuntmen,’ and ‘Miss Nobody.’
In 2009, he played a cameo in the Indian film ‘Kambakkht Ishq,’ starring “Bollywood” stars Akshay Kumar and Kareena Kapoor Khan.
Despite playing the critically acclaimed role of ‘Superman,’ Brandon was not considered a bankable star and did not bag too many lead roles. The thriller ‘Unthinkable’ featured him in a supporting role in 2010.
In 2010, he also appeared in the quirky action–comedy film ‘Scott Pilgrim vs. the World,’ playing the role of ‘Todd Ingram.’ The film was a major critical and box-office success.
In 2011, Brandon appeared as the main lead in the horror–comedy film ‘Dylan Dog: Dead of Night.’ The film failed at the box office and also became one of the worst-reviewed American films of all time. The failure of the film was a major blow to Brandon, who had ventured into his first lead role in a long time.
The 2015 science-fiction film ‘400 Days,’ too, featured him in the lead role. However, this film, too, did not work at the box office and was severely panned by critics.
In 2014, Brandon turned to TV and was offered the role of ‘The Atom,’ a superhero, in the series ‘Legends of Tomorrow.’ His character also made appearances in several crossover episodes with other superhero shows such as ‘The Flash’ and ‘Arrow.’
Personal Life
In August 2006, Brandon Routh got engaged to his girlfriend, actor Courtney Ford. The couple got married in 2007. They welcomed their son, Leo James, in August 2012.
Brandon lived with actor Kal Penn during the early years of his struggle, and they have maintained their friendship over the years.
Brandon is a major supporter of the ‘Democratic Party’ and was vocal about his support for Barack Obama during the 2008 US presidential election.

See the events in life of Brandon Routh in Chronological Order