Benedict Cumberbatch is a highly acclaimed English actor who has worked in almost every field of the entertainment industry. Benedict has been part of major theatre productions from his early days and became famous for playing the role of Titania at a very young age. He has worked in films, television, theatre, and radio. Benedict Cumberbatch is a highly talented person and has even voiced some iconic characters from popular works of fiction like ‘The Simpsons’ and the movie trilogy of ‘The Hobbit.’ He has been a part of major movie productions and has had significant influence on the television industry as well. His movie ‘Dr. Strange,’ which was produced by ‘Marvel Studios,’ became a huge hit worldwide. His portrayal of the iconic character Sherlock Holmes in the hit TV series ‘Sherlock’ was appreciated by critics around the world. Benedict Cumberbatch is married to the British Theatre and Opera director Sophie Hunter. The couple has two sons, namely Christopher Carlton Cumberbatch and Hal Auden Cumberbatch. 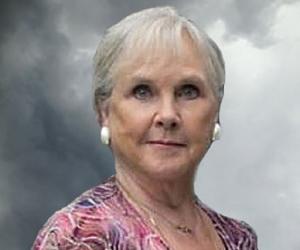 British People
University Of Manchester
London Academy Of Music And Dramatic Art
Tall Celebrities
Tall Male Celebrities
Childhood & Early Life
Benedict Cumberbatch was born on 19 July 1976, in London, England, to Timothy Carlton and Wanda Ventham.
Most of his early days were spent in boarding schools. He received his education from ‘Brambletye School’ in West Sussex and from ‘Harrow School.’
He was an arts scholar at ‘Harrow School’ and was a member of the ‘Rattigan Society,’ which was the foremost club of dramatic arts in his school at the time. Benedict Cumberbatch made his acting debut at the age of 12, starring as Titania in the famous play ‘A midsummer Night’s Dream.’
He continued his training at the ‘London Academy of Music and Dramatic Arts’ and graduated with a MA degree in classical acting.
He has a half-sister named Tracy Peacock from his mother's first marriage.
Cumberbatch took a one-year break to volunteer as an English teacher at a Tibetan monastery in Darjeeling, India.
He studied drama at the ‘Victoria University of Manchester’ which is now known as the ‘University of Manchester.’
Continue Reading Below
You May Like

See the events in life of Benedict Cumberbatch in Chronological Order