Avani Gregg is an American make-up artist, actress, and social media star. She is best known for posting comedy, dance, challenges, and makeup videos on her popular TikTok account. In 2019, she received the prestigious Shorty Award under the Tiktoker of the Year category. In 2020, she was featured on Forbes magazine's 30 under 30 list in the social media category. Gregg is also famous on other social media platforms like YouTube, Instagram, and Twitter. Apart from being a popular social media influencer, Avani Gregg also portrays Gemma in the famous American web series Chicken Girls, which is produced by Brat TV. She also hosts a Facebook Watch talk show titled Here For It, which deals with several Gen-Z issues faced by her fans. Avani Kiana Gregg was born on November 23, 2002, in Brownsburg, Indiana, USA, to Anisha and Lewis Gregg. She is of mixed ethnicity as her father is half Mongolian and half African-American, while her mother is Gujarati Indian. She grew up alongside her sisters, Priya and Shanti. Avani Gregg was a competitive gymnast during her school days. Unfortunately, she had to give up gymnastics after suffering a stress fracture.

Avani Gregg was just 14 years old when she started accumulating followers on social media. Her first TikTok video that went viral had her transforming into a Harley Quinn-inspired clown through makeup, earning her the nickname Clown Girl. Avani Gregg’s popularity increased in December 2019 when she became part of the popular Los Angeles-based group The Hype House. Her popularity also helped her land the role of Gemma in the popular web series Chicken Girls.

Avani Gregg came into prominence when her TikTok account started gathering millions of fans. Her account, which houses several interesting videos, has managed to gather more than 24 million fans and over 1.5 billion likes, making her one of the most popular TikTokers in the USA. Her popularity on TikTok has also helped her gain followers on other social media platforms like Instagram and YouTube. Her YouTube page, which was created on July 9, 2015, has accumulated more than 25 million views and over one million subscribers. Her Instagram page, where she posts pictures pertaining to her personal and professional life, has more than 17 million followers. Avani Gregg is also popular on Twitter where she has over two million followers. Avani Gregg has used her popularity to sell her merchandise online. Her online store sells various products, such as T-shirts, hoodies, notebooks, phone cases, sweatpants, and socks. A multi-talented individual, Avani Gregg also doubles up as a model for her online store.

In April 2020, Avani Gregg confirmed that is in a relationship with fellow social media star Anthony Reeves. Avani Gregg and Reeves met online in 2017 and started dating each other. Apart from posting videos on social media platforms, Gregg also enjoys trying different makeup looks. She also loves spending time with her family and friends during her free time. 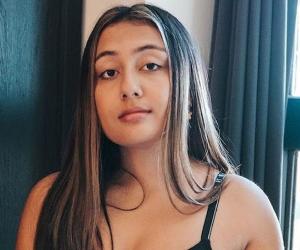