Ava Kolker became famous at the age of four when she appeared in the TV series ‘American Horror Story’ on FX television in 2011. After this she acted in a number of television shows and movies and with each appearance has become more and more popular. She has appeared in a lead role in three movies, in side roles in six other movies, in numerous television shows and in seven different commercial shows from 2011 to 2015. She has become very popular because of her ability to act in different types of roles. Her first movie appearance was in the role of Augie in ‘Trials of Cate McCall’ as Kate Beckinsale’s daughter. She was selected from hundreds of five year olds who had appeared for an audition for this particular role. She appeared in various serials with Jimmy Kimmel and with Chelsea Handler for the promo of ‘Chelsea Lately’. In 2014 she appeared in the highly popular series ‘Girl Meets World’ produced by Disney. 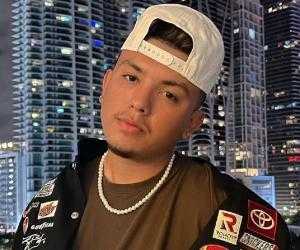 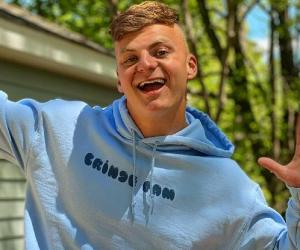 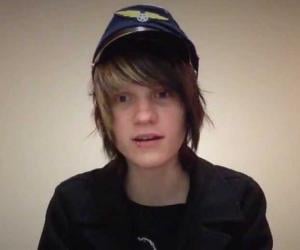 Johnnie Guilbert
Social Media Stars #110
DID WE MISS SOMEONE?
CLICK HERE AND TELL US
WE'LL MAKE SURE
THEY'RE HERE A.S.A.P
Quick Facts

American People
American Social Media Stars
American Female Social Media Stars
Sagittarius Female
The Meteoric Rise To Stardom
Ava Kolker started to appear in roles of a small girl when she was only four years old. After her first role in the TV show ‘American Horror Story’, she went on to act in the movie ‘Trials of Cate McCall’, comedies such as ‘Scary Movie 5’ and horror movies such as ‘Mama’ and ‘Villisca’. She became famous as a versatile actress after playing the role of Lily in the comedy film ‘Scary Movie 5’ and the role of Ava in ‘Girl Meets World’. She has played the part of Princess Jasmine in the musical drama ‘Aladdin’ and played the part of Corny Collins in the movie ‘Hairspray’. Her rising popularity as an actress brought her modeling assignments as well and she appeared on the ramp wearing clothes from two designers during the LA Fashion Week held in 2015. She has also appeared in commercials and ads which have been produced by Square TV and AT&T. She is active on the social media such as Instagram where she has more than 300,000 followers and Twitter where she has more than 10,000 followers.

Have you ever felt so in demand? #lovebirds #animallover

The Sexiest Men Of 2020, Ranked
Continue Reading Below
What Makes Ava Kolker So Special
The huge popularity as an actress achieved by Ava Kolker t the age of just ten has been a great inspiration for young girls who love the stage and acting. The success she has achieved within such a short time is simply fantastic and she has become a favorite actress for many young kids. She has been with the film industry for quite some years now and will be with it for many more years to come which is evident from the way her popularity as a versatile child actress is rising every day. She advises every youngster who is aspiring to join the entertainment industry that they have to take every step like a challenge and try to overcome every obstacle that comes their way. She tells them that they should believe in themselves so that they can come up with their best efforts in trying to achieve their dreams.

#Repost @avaismyprincess with @repostapp ・・・ 1st contest winner. Love how this video captures moments of Ava growing up since she was 5 years old to present day. Thank you @avaismyprincess. Happy 10th birthday beautiful girl you've grown so much and you've accomplished so much and I'm so proud of you I hope you injoy your special day your so incredibly talented and your so sweet and beautiful and I'll always be here to support you your growing up to be such a beautiful young lady and I love watching you on girl meets world I hope you have a fantastic day and you truly are amazing you put a smile on my face everyday and your such an amazing actress and model and I hope you like this edit injoy your special day I love you so much happy birthday Ava???❤️

Beyond Fame
Ava Kolker is still too young to get embroiled in any scandal or controversy. She does not have any boyfriends and has kept herself away from all problems regarding relation with others in spite of achieving a high degree of popularity and success at such a young age and short time. At present she seems to be very satisfied with her present status and likes to be with her family. She is concentrating more on acting than anything else and hopes to achieve greater glory in her acting career. She has just the right attitude to help her go far in the entertainment industry and achieve the goals she has in mind.

Have you guys seen Ava's new @halosfun #commercial? You night not know this but one of the jugglers is Ava's dad. #funtimes #greatworkingwithdad #halos

Behind The Curtains
Ava Kolker was born in Tarzana, Los Angeles, California, United States on December 5, 2006. She has two older and one younger sister. Her younger sister, Alexa or Lexy is also a child actress. She goes to school with her friends like any other kid in her locality. She likes to have fun with her sisters and her parents, loves to sing and dance and play soccer and tennis. When she is not busy with any commitments for making movies or serials, she likes to spend her spare time with her family. 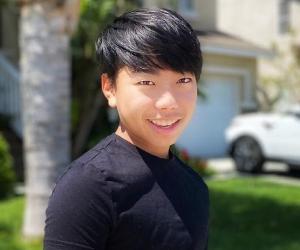