Ella Noel is an American actress, model and social media influencer. She has popular on Instagram and through her Instagram account, she has collaborated with various brands and endorses a range of products including skincare, fashion and jewelleries. She has also collaborated with musical artist, actor and YouTuber, Gavin Magnus, and featured in the music video of the song Fake Love ft. Luh Kel. On acting front, she has appeared in an award-winning short film as well as in an episode of Dhar Mann video short. Ella Noel was fond of being in front of camera since she was very young and has always wanted to be an actress. She is also associated with few non-profit organisations that work to raise awareness regarding bullying. She wants all forms of bullying to end and wishes that people treat each other with kindness. Maya Le Clark
DID WE MISS SOMEONE?
CLICK HERE AND TELL US
WE'LL MAKE SURE
THEY'RE HERE A.S.A.P
Quick Facts

Ella Noel was discovered during a talent audition in Phoenix, Arizona. In 2018, she got her first job and did print work for an international pool company. The same year, she landed her first acting assignment and worked in a commercial in New Mexico. She also launched her Instagram account in 2018 which today has more than 69K followers. On her account she regularly posts pictures of herself. In one particular photo, which is also one of her most popular posts, she is seen in a lime green outfit posing in front of a lime green car.

Through her Instagram account, she has collaborated with numerous American and international brands and endorses their products, ranging from cosmetics/makeup and skin care to high fashion dress lines, jewellery and fitness clothes. Some of the brands that she has been associated with includes Girls Rock Cosmetics, Von Dutch, Black Rifle Coffee Company, Summerfield Collection and Flo Active – Teen Activewear. In 2019, she was also roped in as the brand ambassador of Luv Ur Skin Brand.

As an actor, she made an appearance in Brat TV’s web series Crown Lake in 2019. The following year, she was seen as Racheal Lee Smith in the award-winning short drama film The Color of Red. In 2021, she appeared in an episode – Popular Girl Fat Shames Student, What Happens Next Is Shocking – of Dhar Mann Video short.

In 2021 again, she became a part of a music video Fake Love by music artist Gavin Magnus.

Ella Noel Nithman was born on 29th December 2006 in Pittsburgh, Pennsylvania and lives in Phoenix, Arizona. She has an older brother and a sister.

From the beginning, she aspired to be an actress and loves being in front of camera. She has dream of appearing on big and small screen regularly. Apart from her career, she is focussing on her studies. She is also taking acting lessons.

She is against all forms of bullying and wishes that people are kinder to each other. On her Instagram posts, she frequently uses hashtag #spreadkindnesslikeglitter. She is associated with some non-profit organizations that promote awareness regarding bullying and also backs peer support for youngsters.

She is fond of food and absolutely loves fishy crackers and gummy snacks. 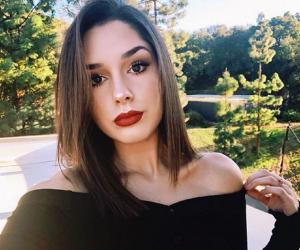 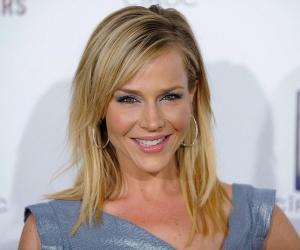