Austin McBroom is a former 'National Collegiate Athletic Association' (NCAA) basketball player, YouTuber and Instagram star. In his basketball career, he has played as a guard for 'Campbell Hall’, 'Saint Louis Billikens’, 'Central Michigan Chippewas’ and 'Eastern Washington Eagles’. He also had brief stints as a baseball player and a footballer. Austin has now become a full-time vlogger and owns a family channel titled The ACE Family. He runs the channel along with his fiancée, Catherine, and has earned millions of subscribers on the platform. The term 'ACE' is actually an abbreviation of the initials of Austin, Catherine Paiz, and their daughter, Elle. 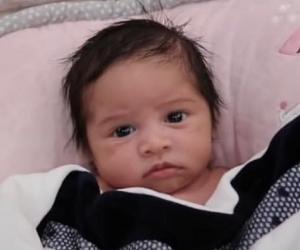 Alaïa McBroom
Vloggers #428
Social Media Stars #437
DID WE MISS SOMEONE?
CLICK HERE AND TELL US
WE'LL MAKE SURE
THEY'RE HERE A.S.A.P
Quick Facts

Austin McBroom grew up with a passion for sports. He attended Campbell Hall School in California, where he played football, baseball, and basketball. He was a running back on the school’s football team and played shortstop on the baseball squad. Austin later excelled in basketball and continued to play the sport. Eventually, he emerged as a prominent basketball player as a guard on his school team. He ended his senior year with 'Campbell,' scoring an average of 25.1 points per game. He was later named to the ‘All-CIF Division 3AA' first team.

Austin McBroom was selected in all-state tournaments of both basketball and football. In his freshman year, he played for the 'Vikings' state championship team. The team also featured the now-popular 'New Orleans Pelicans' player Jrue Holiday. Austin had a single-season stint with the 'Central Michigan Chippewas.' He ended the season with an average of 10.9 points and a spot on the 'Mid-American Conference All-Freshman' team. He then played 66 games in his two seasons with the 'Saint Louis Billikens.' Austin played the fourth season of college basketball with the 'Eastern Washington Eagles.' He scored his ‘NCAA’ career-high score of 37 points against 'Northern Colorado' in 2016.

Apart from being a professional basketball player, Austin McBroom is a social-media star, too. He owns the 'YouTube' channel, The ACE Family, in collaboration with his fiancée, Catherine Paiz. This is primarily a family vlogging channel where the "YouTuber" couple posts videos showcasing their lives. Austin initially began his social-media career by posting music videos and later turned to full-time vlogging. His videos have covered his proposal to his fiancée and their grand welcome of their daughter. They have shared many such beautiful moments from their lives. The channel has a few Q&A videos, pranks, and challenges, too. The channel presently has more than 19 million subscribers.

On October 14, 2019, YouTuber, Cole Carrigan, accused Austin McBroom of raping a woman. Carrigan posted a video titled The Truth About the Ace Family, in which we alleged that McBroom raped a woman while his father and security guard were present in the same room. Austin McBroom and Catherine Paiz have denied these allegations.

Austin McBroom was born on May 20, 1992, in Palmdale, California, US, to Allen and Michale McBroom. He has a younger brother named Landon, who is a sports trainer and a popular YouTuber. He has two stepbrothers, too.

Austin’s parents wanted to give him the best education possible. They also wanted Austin to grow up as an all-rounder. Thus, he was enrolled at 'Campbell,' where he got the best academic faculty and sports opportunities. He has studied in three universities across three different US states. He attended Central Michigan University, 'Saint Louis University, and then graduated with a degree in communications from Eastern Washington University.

Austin got engaged to fitness model and Instagram star Catherine Paiz in August 2017. They have two daughters named Elle and Alaïa and a son named Steel.

His favorite drink is the red gummy smoothie from his favorite snack joint, 'Jamba Juice.' 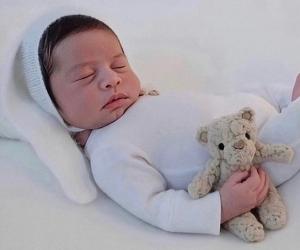