Aurel Stodola was a Slovak engineer and inventor. He originated the study of thermodynamics and produced significant work in a number of scientific fields. He was a professor at the Institute of Technology in Zurich for nearly half of his lifetime and was consulted for input on developing the gas turbine. During his tenure, he educated and influenced hundreds of engineers, including some of the greatest scientific minds of our age. During the First World War, he came across a surgeon that he collaborated with to help the injured soldiers returning from war. In 1928, he invented the first heat pump which still serves as the primary source of heat generation for Geneva, Switzerland's city hall. As the father of steam turbines, he published a highly regarded manual that was eventually translated into several languages and is still used as a resource today. He constantly pursued new knowledge in a vast array of technical sciences, was given honorary doctorates by four universities, earned many awards and was an adviser to the Academy of Sciences in France. The Institute of Technology in Zurich declared 2009 the "Year of Aurel Stodola" and asteroid ‘3981 Stodola’ was named in his honor.

Benjamin Franklin
Mechanical Engineers #70
Inventors #508
Discoverers #15
Continue Reading Below
DID WE MISS SOMEONE?
CLICK HERE AND TELL US
WE'LL MAKE SURE
THEY'RE HERE A.S.A.P
Quick Facts

Slovak Celebrities
Mechanical Engineers
Slovak Men
University Of Technology
Male Engineers
Childhood & Early Life
Aurel Stodola was born on May 10, 1859 in Liptovsky Mikulas, Austria, to Andreas Stodola, a leather manufacturer, and Anna Kovac. His two brothers, Kornel and Emil, would later become successful politicians.
He went to secondary school in Levoca before graduating from a government school in Kosice.
He attended several educational institutions between the years of 1876 and 1880, including the Budapest Technical University and the University of Zurich, before earning a degree at the Swiss Federal Institute of Technology in mechanical engineering.
Continue Reading Below
You May Like

The Hottest Male Celebrities With The Best Abs
Career
His first technical experience came under the employment of the Hungarian State Railway.
During 1883 he helped rebuild his father’s tannery which had been destroyed in a fire.
From 1884 to 1892, he designed steam and water turbines and compressors for Ruston and Company in Prague.
To further his education, Stodola attended the Charlottenburg Technical University and Paris’ Sorbonne.
He began teaching in 1892 as an assistant professor of mechanical engineering and design. He was soon promoted to a full professorship, a position which he held until his retirement in 1929.
Working with supersonic flow, his work with the de Laval nozzle allowed him to make new insights into shock wave research.
Between the years 1915-1916, he partnered with Dr. Ferdinand Sauerbruch to develop an artificial hand which led to improvements on other prosthetic limbs. This collaboration was inspired by a large number of veterans returning from service in World War I as amputees.
Even after his retirement, he served as a consultant on the development of the internal combustion engine.
Major Works
He first published his most crucial work, Steam and Gas Turbines, in 1903. He would add and revise the manuscript repeatedly. The first edition numbered 220 pages but by the time it had reached the fifth edition, it numbered over 1,100 pages.
Continue Reading Below
In 1931, he published ‘Thoughts on a Worldview from an Engineering Standpoint’, a commentary on scientific social responsibility.
Awards & Achievements
In 1908, he was awarded the Grashof Commemorative Medal for his work in engineering research.
In 1940, he received the James Watt International Gold Medal for the development of steam turbine structural elements.
Personal Life & Legacy
In 1887, he married Darina Palka with whom he had two daughters.
In March of 1924, Stodola set up a fund for Zurich Institute of Technology. As of 2002, the account had risen to two million francs (over two million dollars). The money is used to finance research and education at his alma mater.
In the 1930s, he sought donations to help fund the Albert Schweitzer Hospital in Gabon, Africa. The hospital's research division is the current leader in finding a cure for malaria.
He influenced hundreds of scientists during his lifetime, including Albert Einstein, with whom he maintained friendship until the time of his death.
He passed away on December 25, 1942 in Zurich and his remains were moved to his birthplace in 1989.
The Zurich Institute of Technology set up an award in his name that honors experts in mechanical engineering.
Trivia
His research and work fortified his reputation as the father of steam turbines.
An asteroid discovered in 1984 was named after this great Slovak engineer.
Recommended Lists:
Engineers #851
Inventors & Discoverers #588
You May Like

See the events in life of Aurel Stodola in Chronological Order 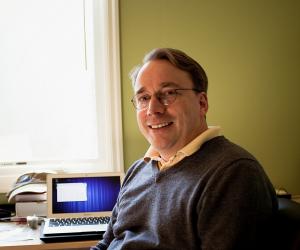