Arthur Hiller was one of the most talented and recognized faces of the American film industry. He has rolled out more than 33 films in his five decades of career. A Canadian by birth, Hiller made his way to the United States in search for better career opportunities. He made his entry in television through NBC, directing several shows during the 1950s. Though he made his debut in films in 1957, it wasn’t until 1964 that Hiller tasted success. ‘The Americanization of Emily’ laid the foundation for Hiller’s successful career. His stroke of genius came in 1970 with ‘Love Story’. With seven nominations at the Academy Awards including one for Best Direction, it by far became Hiller’s most outstanding work. Though he had established his reputation as a notable Hollywood director, with a flair for sophisticated comedy, Hiller made his presence felt in the genre of drama, romance and action as well. Hiller’s career went downhill in 1980s as most of his films failed to recreate the magic on screen. After a bag of some forgettable films, Hiller retired from direction. His 2006 film, ‘National Lampoon’s Pucked’ was the last film for which Hiller wore the directorial hat. Hiller has served as the President of the Directors Guild of America and of the Academy of Motion Picture Arts and Sciences as well.
Continue Reading Below 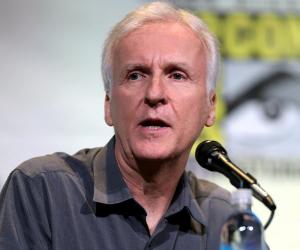 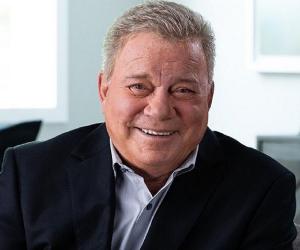 Canadian Celebrities
Canadian Directors
Canadian Film & Theater Personalities
Sagittarius Men
Childhood & Early Life
Arthur Hiller was born on November 22, 1923, in Edmonton Alberta to Jewish immigrants Rose and Harry Hiller. He had two elder sister siblings. His father owned a second hand musical instrumental store.
Right from his childhood, young Hiller found himself attracted to theatre. Despite having no film background, he would take up a role in a Jewish play that was shown annually or bi-annually for the Jewish community. He did this to keep in touch with the Jewish heritage.
Hiller completed his primary and high school education. Thereafter, he took a hiatus from studies during World War II and joined the Royal Canadian Air Force. His role included navigating bombers over enemy territory.
After being relieved from his duties after World War II, Hiller resumed his studies. He enrolled at the University College, at the University of Toronto. In 1947, he graduated with a Bachelor of Arts degree and three years later completed his Master of Arts degree in psychology.
Continue Reading Below
You May Like

The Most Popular US Veterans
Career
Following his studies, Hiller took up job with the Canadian Broadcasting Corporation where he worked for five years from 1950 to 1955. His job included directing various public affairs program.
Around the same time that Hiller worked for Canadian radio, he made his breakthrough in American television for NBC, which was a major broadcaster in US then. He also directed several popular U.S. television dramas including ‘Thriller’, ‘Alfred Hitchcock Presents’, ‘Gunsmoke’, ‘Naked City’ and ‘Playhouse 90’.
In 1957, Hiller directed his first feature film, ‘The Careless Years’. The movie was about a young couple’s eloping. However, following his directorial debut, Hiller’s career as a director went for a hiatus until 1962 when he directed his second film ‘This Rugged Land’. Originally made for television, it eventually released as a feature film.
In 1963, Hiller directed Walt Disney’s live action ‘Miracles of the White Stallions’ and ‘The Wheeler’s Deal’. While the former movie revolved around the evacuation of Lipizzaner horses from Vienna during World War II, the latter was a comedy starring James Garner and Jim Backus. Both the movies did exceedingly well and displayed Hiller’s competence as a director. He excelled at his job behind the camera.
In 1964, Hiller got his breakthrough as a director with his first-ever commercial hit ‘The Americanization of Emily’. A satirical anti-war comedy, the film starred James Garner and Julie Andrews in lead roles. The film earned two Academy Award nominations and established Hiller’s reputation as a remarkably efficient director. He was acclaimed for his brilliant direction and perfect treatment of Paddy Chayevsky’s script.
Following the big hit of ‘The Americanization of Emily’, Hiller came up with several other commercially successful films like the comedies ‘Promise Her Anything’, ‘Penelope’ and ‘The Tigers Make Out’.
Drifting apart from ccomedy, he tried his hand at action with the 1967 desert warfare drama ‘Tobruk’. The film earned an Academy Award nomination. He ended the decade with the 1969 drama ‘Popi’; the film was about a Puerto Rican widower struggling to raise his two young sons.
Beginning 1970, Hiller came up with his career’s masterpiece ‘Love Story’ starring Ryan O’Neal and Ali MacGraw. A romantic tragedy, Hiller weaved magic on the screen with his superb storytelling technique. The film bagged seven Academy Award nominations including one in the Best Director category.
Year 1971 witnessed the release of two films from Hiller’s directorial camp – ‘Plaza Suite’ a comedy starring Walter Matthua and a satire ‘The Hospital’ starring George C Scott. The latter marked his second outing with screenwriter Paddy Chayevsky. ‘The Hospital’ was a black comedy about disillusionment and chaos within a hospital setting. It earned Chayevsky an Academy for Best Original Screenplay.
Continue Reading Below
Hiller switched to high intense drama with his 1975’s flick ‘The Man in the Glass Booth’. An adaptation from Robert Shaw’s play, the film earned wide appreciation. Hiller was credited for his detailed approach and crisp direction. Following year, he returned to comedy with ‘Silver Streak’. It was a big commercial blockbuster. He ended the decade with another hit comedy ‘The In-Laws’.
In 1982, Hiller directed the movie ‘Making Love’. The film centred on the theme of homosexuality. It revolved around the story of a married doctor and how he discovers and later comes to term with his homosexuality. The film did average business.
Following ‘Making Love’, he came up with a series of forgettable comedies including ‘Arthur! Arthur!, ‘Romantic Comedy’, ‘The Lonely Guy’ and ‘See No Evil, Hear No Evil’. The only respite from these was the 1987 flick ‘Outrageous Fortune’ that was well received and became a smash hit.
Hiller opened the 1990s decade with ‘Taking Care of Business’. Two years later in 1992, he came up with the biopic on Babe Ruth, ‘The Babe’. The film received mixed reviews for its factual inaccuracies.
Hiller’s last couple of films did nothing to revive his otherwise downwards-hill career which slipped further because his movies flopped one after the other. He took a hiatus from film making in 1997 and returned behind the camera after nine years for what eventually turned out his last film ‘National Lampoon’s Pucked’, released in 2006. The film was unable to weave magic at the box office.
Major Works
Hiller first rose to prominence for ‘The Americanization of Emily’, released in 1963. It was the first commercial hit from Hiller’s and earned two Oscar nominations as well.
Hiller’s most laudable work came during the 1970s. His ‘Love Story’ released in 1970 became his career’s greatest ever film. It earned seven Oscars including the one for Best Director.
Awards & Achievements
From 1989 to 1993, Hiller served as President of the Directors Guild of America.
He was the President of the Academy of Motion Picture Arts and Sciences from 1993 to 1997.
In 1995, Hiller received an honorary Doctor of Laws.
In 2002, Hiller received the Jean Hersholt Humanitarian Award at the Academy Awards ceremony for his humanitarian, charitable and philanthropic works.
Hiller was honoured with a star on Canada's Walk of Fame in Toronto in 2002
In 2006, Hiller was honoured as an Officer of the Order of Canada.
Personal Life & Legacy
In 1948, Hiller married Gwen Pechet. The couple was blessed with two children. Gwen breathed her last on June 24, 2016.
Arthur Hiller died almost two months after the death of his wife in Los Angeles on August 17, 2016 at the age of 92.
You May Like

See the events in life of Arthur Hiller in Chronological Order 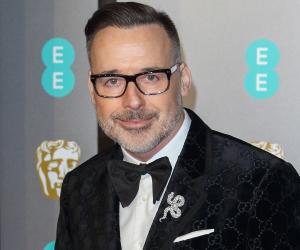