Antonio Santi Giuseppe Meucci was a well-known inventor born in Italy in the eighteenth century. He was not born in a well-to-do family and had to opt out of full-time education. But his financial condition did not deter him from pursuing education and he worked some odd jobs to pay for his studies. In all the jobs he was engaged in, he experimented with technology and invented devices and systems which helped in scientific advancement. Once he was appointed as a stage technician at the ‘Teatro della Pergola’ theatre and there he experimented with technology and invented a communicating device ranging from control room to the stage. He was later employed at a medical clinic and there too he invented a device to treat rheumatic patients. In this method, electric shocks were given to the patients in order to provide them relief, and while working on this system he conceived the idea of creating a new device which would make incoherent voices clearly audible. He also dabbled with entrepreneurship and established a candle factory, but this venture was shut down due to financial constraints. Meucci’s poverty hindered his inventions in a huge way and though he successfully invented many new devices, he could not patent these under his name. One such device was his communicating apparatus which many regard as the first telephonic device. 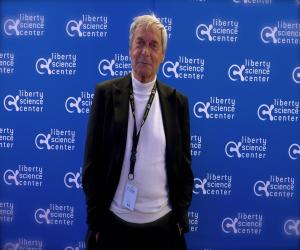 Erno Rubik
Inventors #59
Inventors & Discoverers #104
13th April In History
DID WE MISS SOMEONE?
CLICK HERE AND TELL US
WE'LL MAKE SURE
THEY'RE HERE A.S.A.P
Quick Facts

American People
Italian People
Italian Men
Italian Inventors
Italian Inventors & Discoverers
American Inventors & Discoverers
Childhood & Early Life
He was born to Domenica Pepi and Amatis Meucci on 13th April, 1808, in Florence, Tuscany. Antonio was the eldest child of his parents and had eight siblings, and only four of his siblings attained adulthood.
He enrolled at the ‘Florence Academy of Fine Arts’ as a student of mechanical and chemical engineering. However, he had to drop out from regular education two years later, owing to financial constraints.
Continue Reading Below
You May Like

The Hottest Male Celebrities With The Best Abs
Career
He managed to get employment at the Florentine government where he did odd jobs and at the same time continued to study with correspondence course.
Later, he earned the post of a stage technician with the opera house ‘Teatro della Pergola’ where he was a subordinate of Artemio Canovetti.
He designed an apparatus in 1834, which would help people to communicate from the control room of the theatre to the people on the stage. This was based on the concept of the speaking tube which was used on ships and is still in use.
During 1833-34, Antonio was jailed for a brief period, along with politician Francesco Domenico Guerrazzi, as he was charged with associations with the ‘Italian Unification Movement’.
He travelled to Cuba along with his wife in 1835, and there he got employed at the ‘Great Tacón Theater’, Havana. There he renovated the ‘Gran’ theatre and also devised a method to purify water.
In 1848, he earned a job at the ‘Franz Anton Mesmer's therapy system’ who treated patients with rheumatism. The following year, he devised the use of electric shocks to treat the patients there and while using this method he perceived a new idea. This idea eventually, helped him develop a technique to make incoherent voices more articulate using electrodes and wires, and he named it ‘telegrafo parlante’.
He and his wife left Cuba in 1850, and moved to the United States where they started living in a region located in Staten Island, New York. He had heard of the inventions of scientist Samuel Morse and desired to pursue a career as an inventor.
He had gathered some amount while in Italy and he used this sum to establish a candle factory where he recruited many exiled people of Italy who were involved in the ‘Italian Unification movement’.
Many years of toil and perseverance finally helped Meucci to understand the process of transferring voice via electromagnetic waves, and design a device which could help him communicate with his wife within his house.
Continue Reading Below
During the following decade, he designed many more models of the same device wherein he expanded the range of communication. However, the candle factory suffered losses and resulted in a situation of bankruptcy for Antonio. These bad financial conditions did not allow him to further improve his device prototype.
Antonio sought the financial aid of rich Italians to support his inventions but the chaotic condition of the country at that time, made it hard for him to find a patron.
His house had to be sold, although the new owner permitted Meucci and his wife to reside in the house. However, for other expenses of his family, he had to depend on his friends and acquaintances.
By the end of 1850s, he found a patron for his inventions named William E. Ryder, who liked his inventions and agreed to finance him. They both were in close association during the 1860s.
In 1870, he apparently, was successful in conducting an experiment where comprehensive human voice was communicated to a place situated a mile further with the help of copper which worked as a conductor with a shield of cotton. This device was named as ‘telettrofono’ by its inventor Meucci.
He then made attempts at getting a patent for his device but he did not receive one because of technical shortcomings in the explanation of the construction of the device.
In 1876, Graham Bell created a patent of his telephonic invention and Meucci did not have the money to file a patent. Moreover, he was likely to fall under patent infringement because Bell had already got a patent for his invention.
He has many patents to his credit and a few of them include Candle mold, Lamp burner, Improvement in preparing hydrocarbon liquid, Improved process for making paper-pulp from wood, Improved method of manufacturing effervescent drinks from fruits, Method of testing milk, Hygrometer and Plastic paste for billiard balls and vases.
Major Works
He has made many important inventions which have been recognized and have been a step ahead in the world of science. However, the invention for which he is better known is his telephonic apparatus which he reportedly designed in 1860s. This invention and the day of its invention, generates disputes as to who was the first creator of the communicating device.
Personal Life & Legacy
Antonia Meucci married Esterre Mochi, who was a dress designer at the ‘Gran’ theatre on 7th August, 1837.
His wife was infected with rheumatoid arthritis and as a result did not have a good health. He devised his telephonic apparatus initially, in order to communicate with his wife from further corners of their house. In 1884, Esterre succumbed to death after a prolonged illness.
On 18th October, 1889, this eminent scientist breathed his last in Clifton located in Staten Island, New York City.
Many films and television series made in recent times, acknowledge Muecci as the inventor of telephone and in 2002, the ‘U.S. House of Representatives’ passed a resolution entitled ‘United States HRes. 269 on Antonio Meucci’, in which it was mentioned, ‘that the life and achievements of Antonio Meucci should be recognized, and his work in the invention of the telephone should be acknowledged’.
Trivia
The painter Nestore Corradi painted the ideas of Meucci and in 2003, the ‘Italian Postal and Telegraph Society’ imprinted this image on a stamp issued by them.
You May Like

See the events in life of Antonio Meucci in Chronological Order